We're still glad for our decision to move Lawson up a league for baseball.  I think that Machine Pitch would have been fun for him, but he has definitely learned more in Mustangs. We realized, though, that moving straight from Coach Pitch to Mustangs, he missed out on that opportunity to get a "perfect pitch," every single time. Machine Pitch would have been a chance for him to really work on his batting.

But... a couple guys we know had put together an 8 and under Machine Pitch team. They traveled around a bit and played against some nearby towns. They asked him to play with them on two of their last games one evening. He had never practiced with them and he had never hit off a pitching machine, but it ended up being a really good night for him. A nice little confidence boost to remind him that he actually CAN hit the ball! 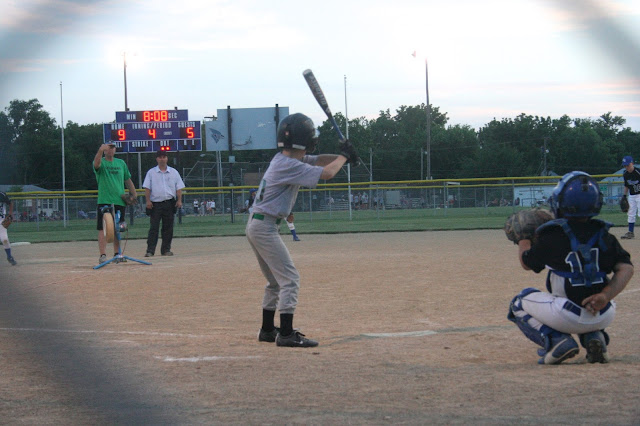 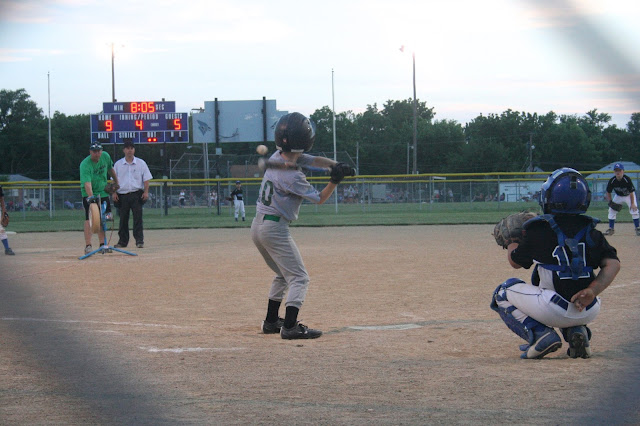 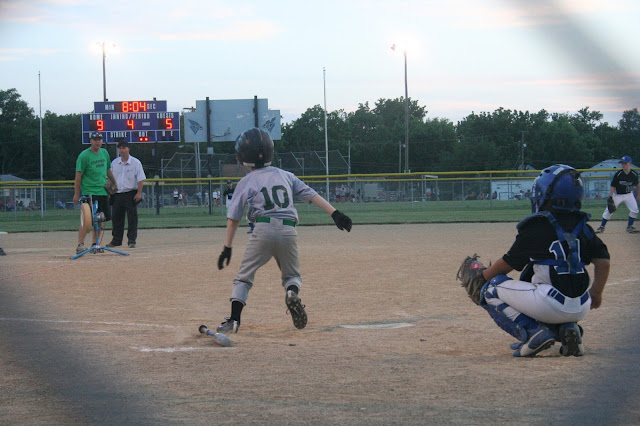 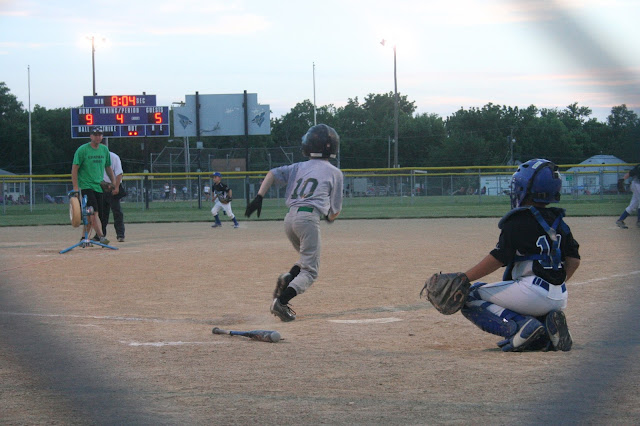 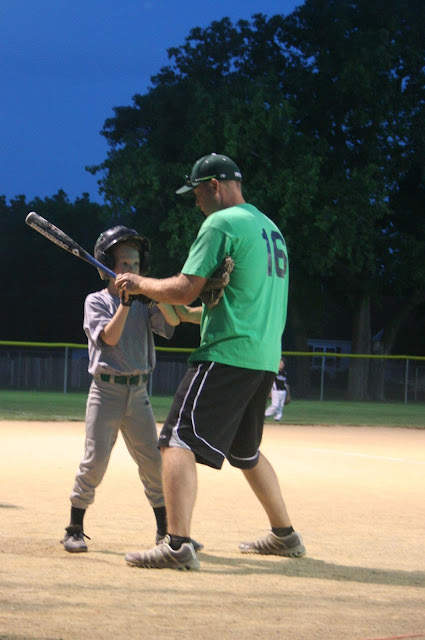 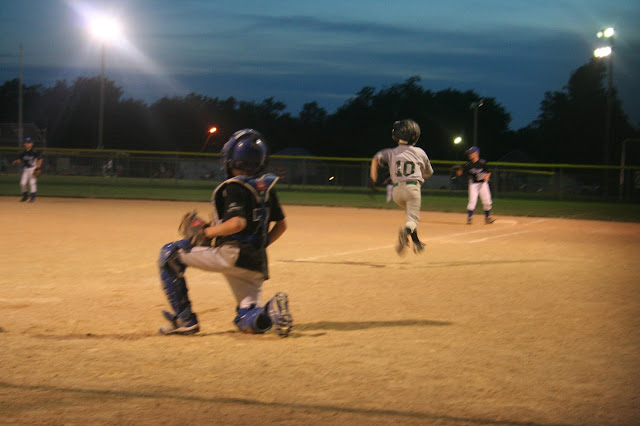 Our Mustangs season is ending soon. First game of the tournament was tonight. Another game Friday and we'll either be done or continue through the weekend. More pictures to come...
Posted by Amy at 1:20 AM

Our guys would LOVE playing ball together. :)