I've know Meagan forever. She's my favorite birthday buddy. I met Dallas my freshman year of college. I fixed the two of them up during my sophomore year of college... and was in their wedding a few years later. They're two of my favorite people. The kind of people that you can go years without seeing, yet pick up right where you left off. 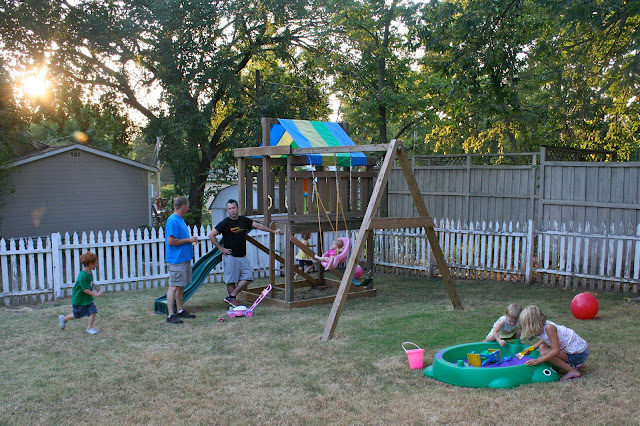 The kids had so much fun playing together! (There's a big soccer ball just at the edge of this picture...) 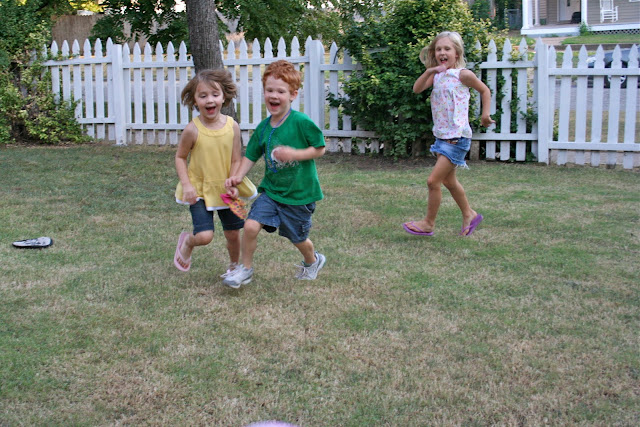 White picket fence and rocking chairs on the front porch. How's that for small town America? 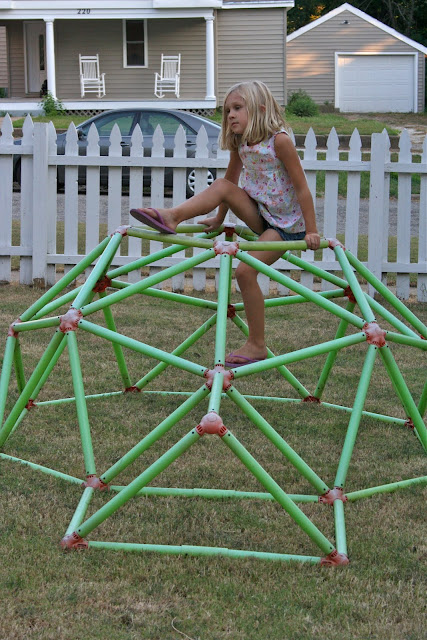 Miss Magdalena was pretty proud of herself in the big swing... 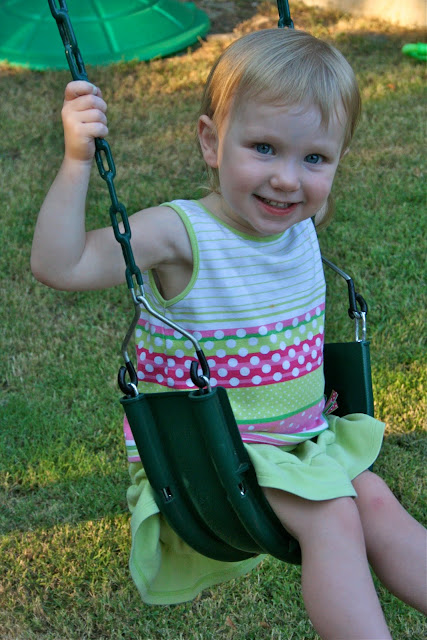 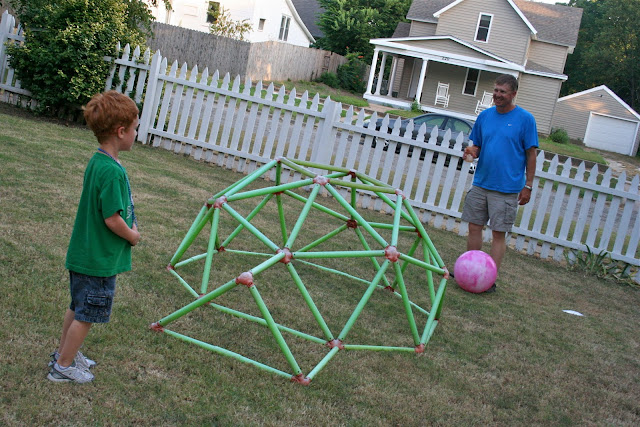 Corey and Dallas lived together the year before we got married. They always have lots of fun together! (Which way to the gun show, Dallas?)   :) 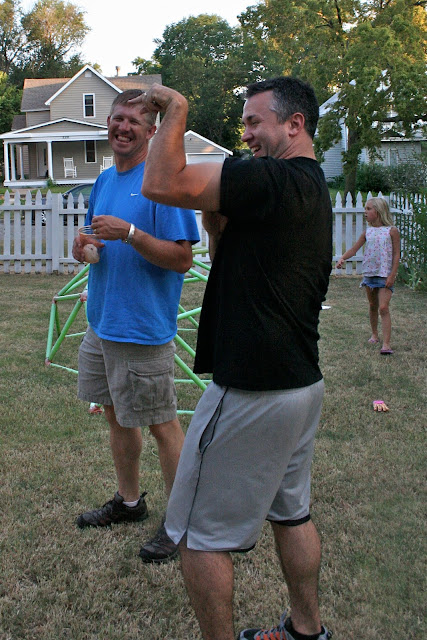 This was only the second time the kids have seen Maren, but you would think they were the best of friends! She's right between Sophie and Lawson in age and they all played great together! 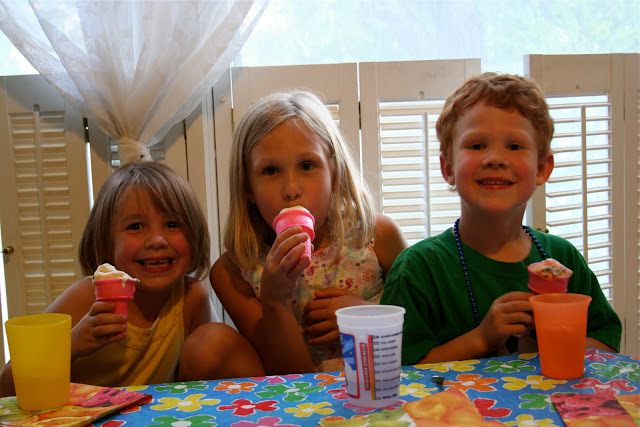 These next pictures make me smile. It may seem silly, but what I loved about them is here is Corey pushing Magda... 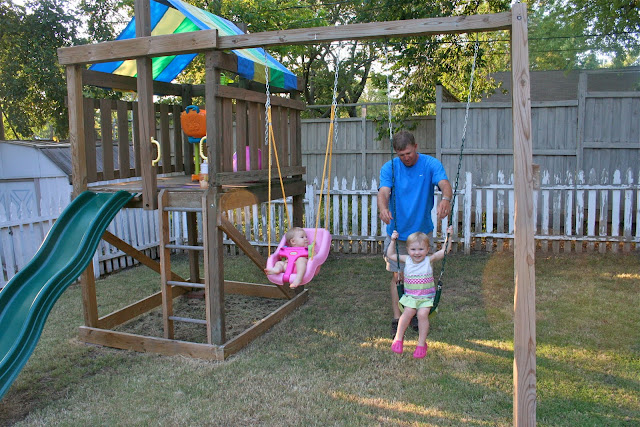 and Dallas swinging Gretchen. There's nothing quite like friends who love on your kids. It's the best. 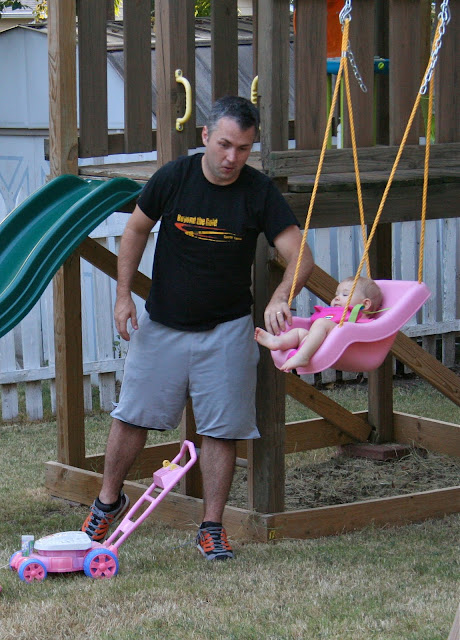 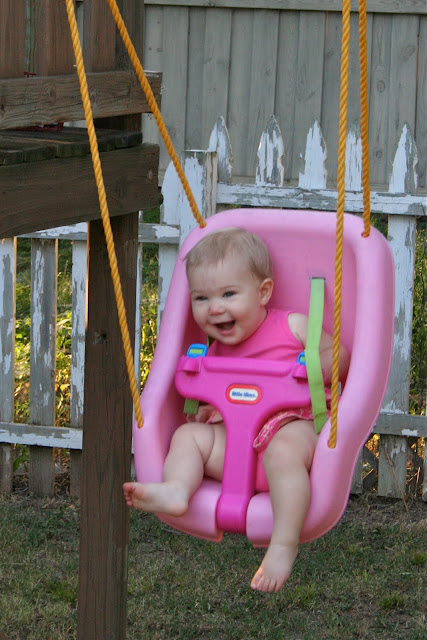 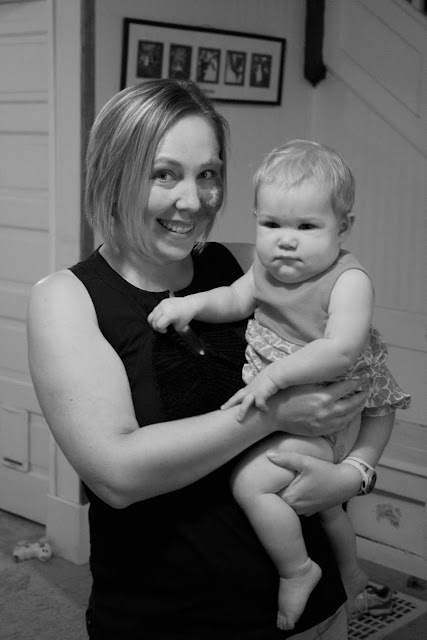 Gretchen was very sleepy...
We put in a movie for the kids and the 4 of us (plus Gretchen) sat at the table talking and laughing. (And occasionally getting "shushed" by the children. "Could the grown-ups be a little quieter, please?!") They were all half asleep by the time we left. Magdalena was even asking if she could go to bed. 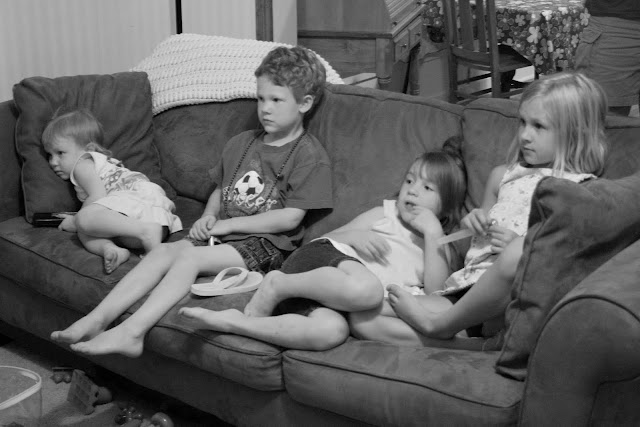 It was so much fun to hang out with guys again, Meagan! We have to do this again soon! (Especially since Lawson thinks you have the funnest house ever and wants to come live with you!) We love you guys! 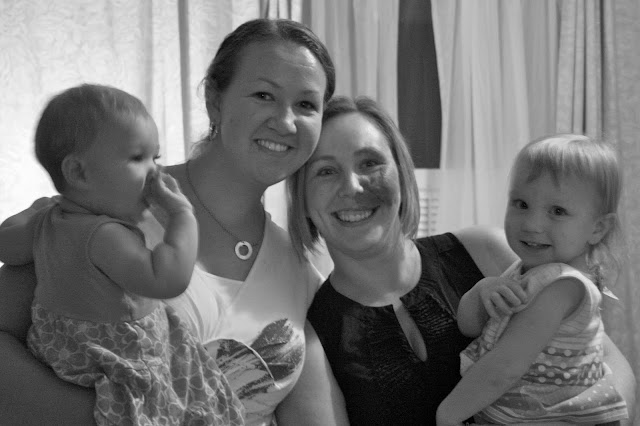 Aw, what a neat post! I didn't know you set them up... look at you, Cupid! Glad you guys got together. Nothing like reconnecting with old friends ;)

I love the picture of all of the kids on the couch together...so sweet! it was great to spend time with all of you guys...next time WITH Spaghetti Eis!