I've decided Bartlesville is the most family friendly town ever.
This was a new addition from when we were there last summer... 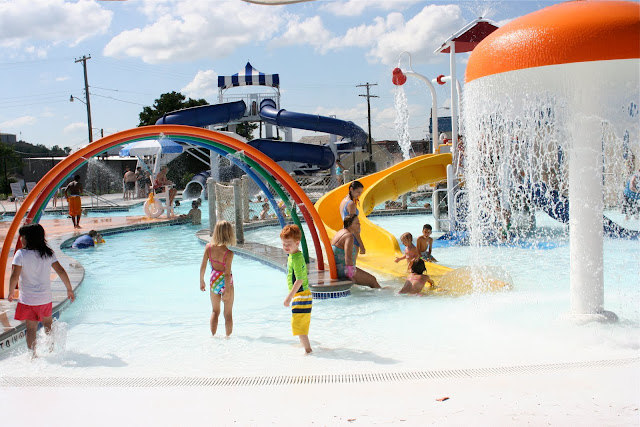 I'm pretty sure the kids had more fun here than they did at Chuck E. Cheese! 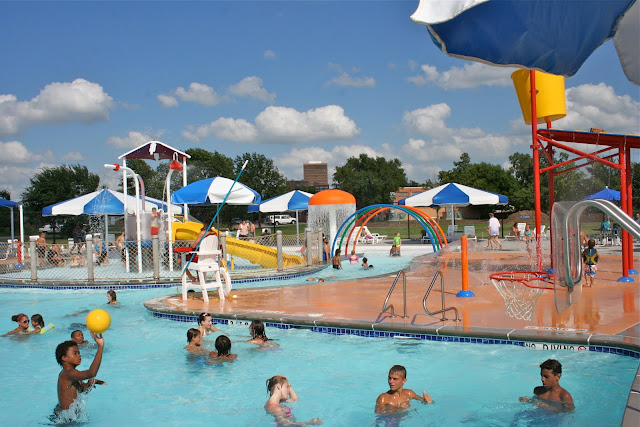 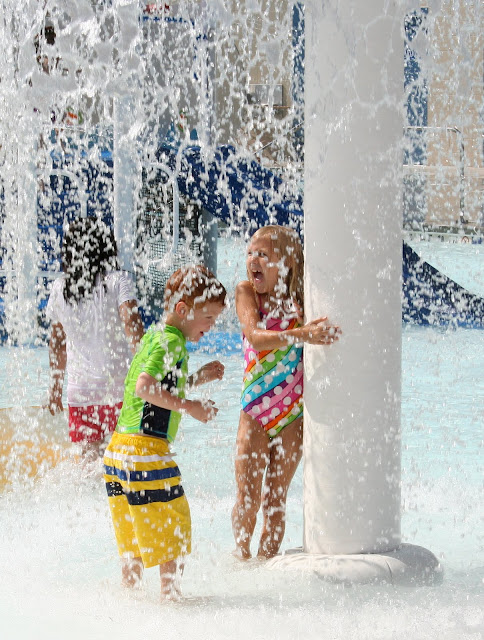 We may have had to bribe Lawson to get him to go down the yellow slide. (Do you see a trend with my little chicken children?) We knew once he did it, he would love it. 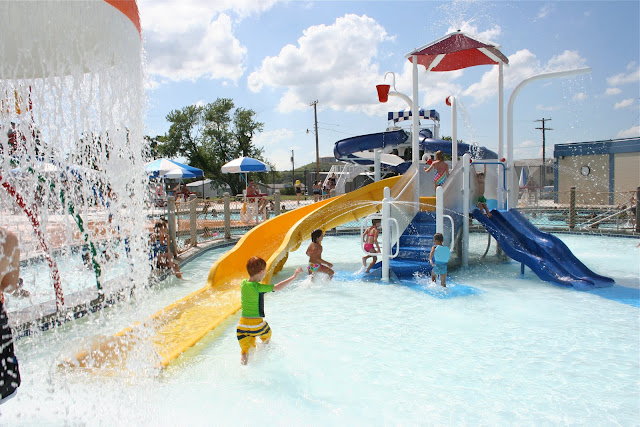 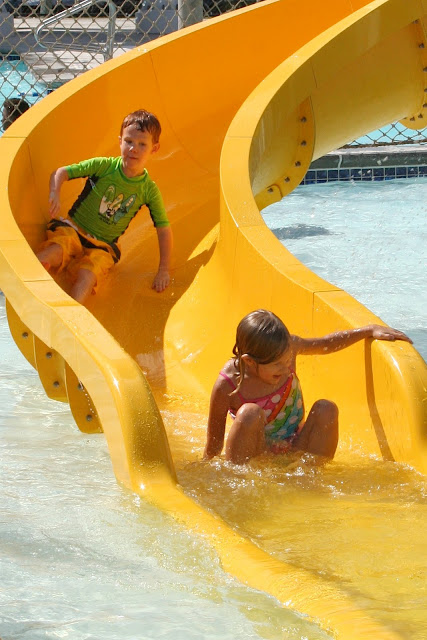 And we were right. He spent the majority of his time here. I have no idea how many times he must have gone up and down! Over and over and over. He loved it! 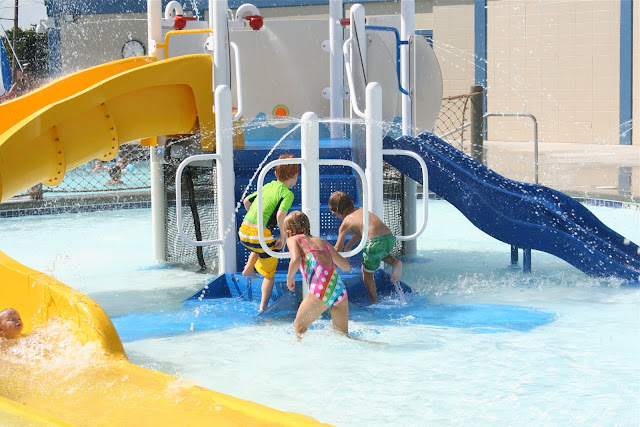 Sophie's favorite spot was the not-so-lazy river (which I realized I didn't get a picture of!) It's like a little whirlpool right in the middle of the pool. A circle on the outside and then a smaller circle inside it. The current was surprisingly strong! The kids could both touch, but if I didn't hold onto Lawson, it would sweep him right away. Sophie must have spent a good 30 minutes floating/swimming around in it with Aunt Aletha. (Who we've decided is the funnest aunt ever!)
The giant bucket... 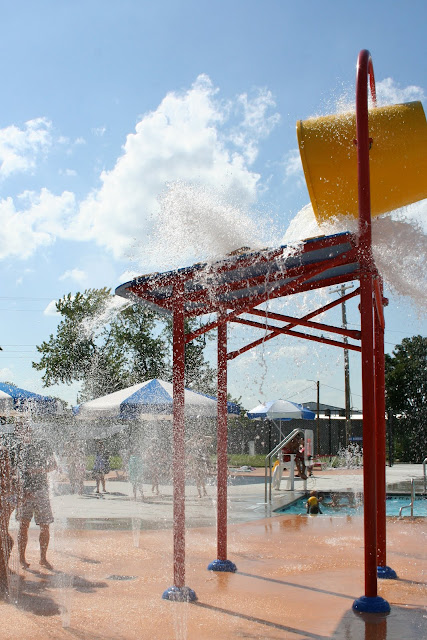 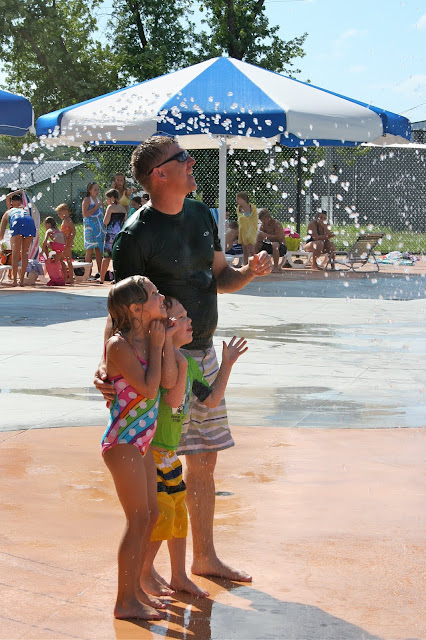 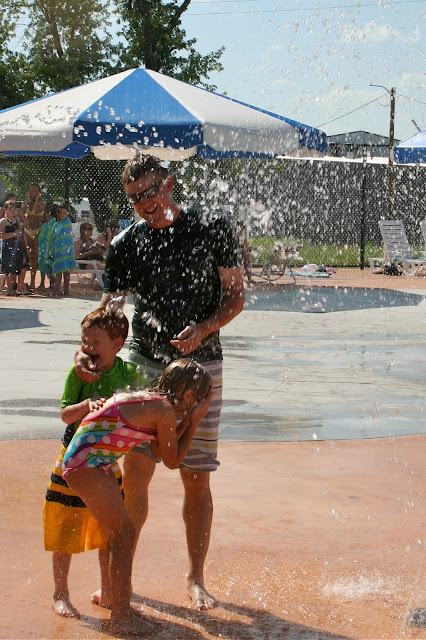 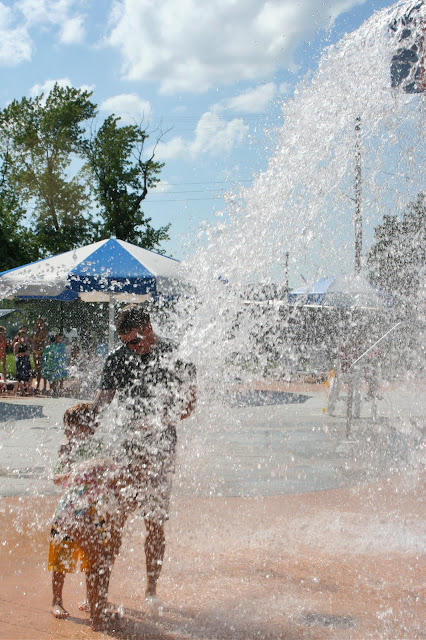 I tried to bribe Sophie to go down this slide. (The open one, not the tunnel) She would have been able to touch and I knew if she sat up instead of laying down, she wouldn't work up that much speed. Aunt Aletha even showed her how. (Seriously. How many 70-some year old women do you know who go down waterslides?! See why we think she's the coolest?!) 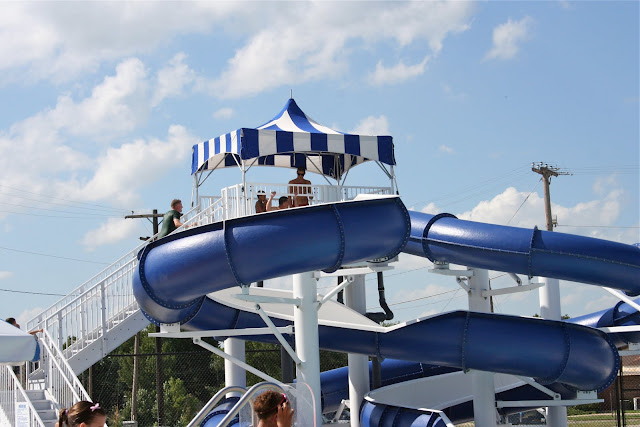 She wouldn't go for it, though. Maybe next summer, she said.  :)  Corey went a few times, though! 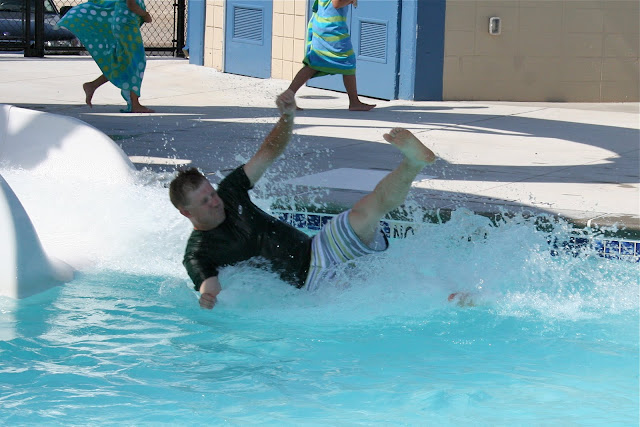 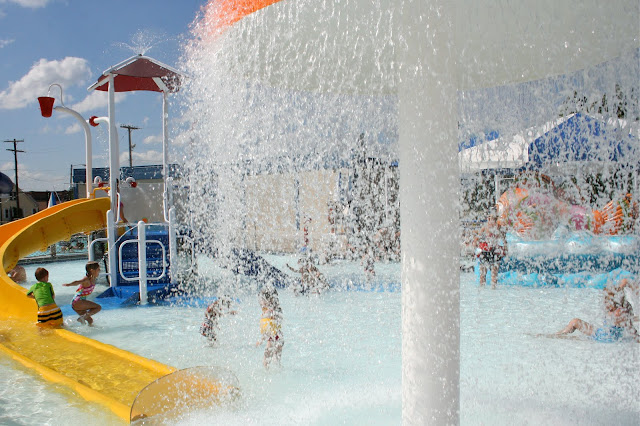 ok, you guys are busy people!!! i love all of your activities and love all your new post, i can't wait to see what is next!!

i'm thinking i need to go with you next year...all that looked like so much fun!

Okay, you're the coolest mom ever.