After Chuck E. Cheese, we headed back to the hotel to get ready to go to the waterpark. The kids had so much fun here last year and were so excited to be going back! Sophie had decided that this year she was going to go down the slide! I was excited to see if she was really going to follow through on that!
But... just as we were ready to leave our hotel, Aunt Aletha called and said they had gotten there just in time to see that they were closing for the rest of the day. Someone had pooped in the water. (Can you imagine being THAT mom?!) The kids were bummed, but one of the bright sides to us staying in a hotel this time (because of the 4 visiting grandkids)... we had a hotel pool! So instead of swimming here... 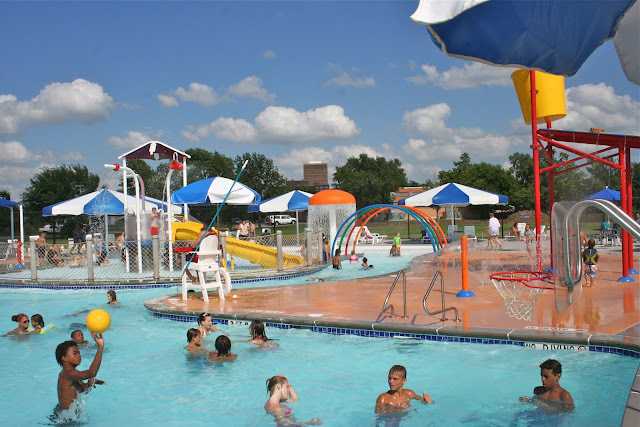 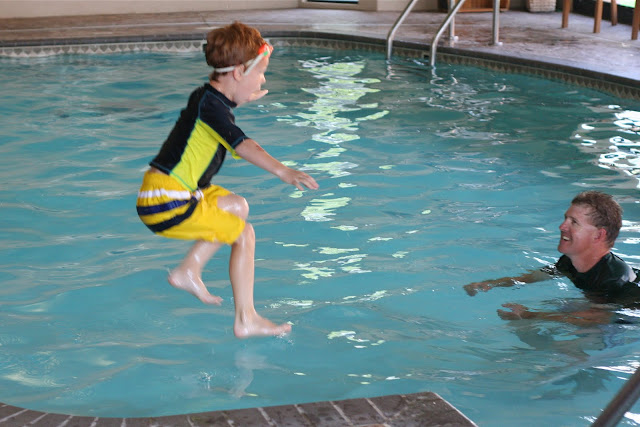 This little miss wanted nothing to do with the water at first. She sat beside me and dangled her little feet in the hot tub (and kept saying "Hot! Hot!") 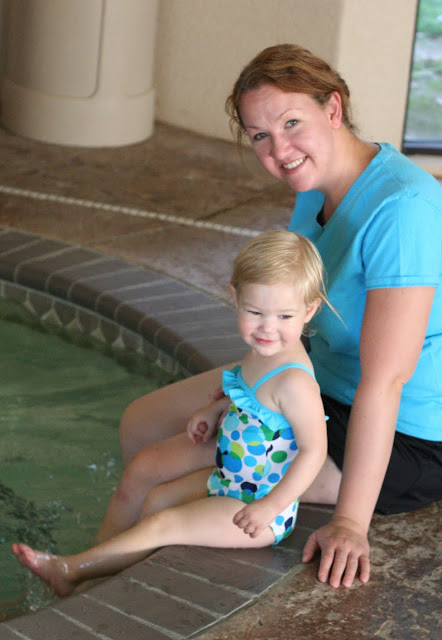 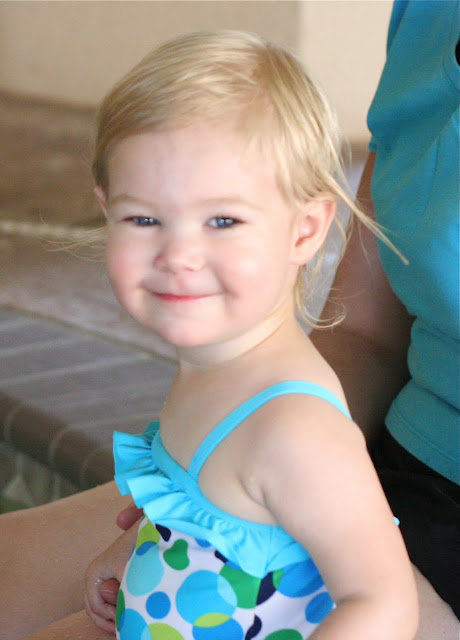 She got in the pool with Corey for a little bit, but really she was happiest doing this... 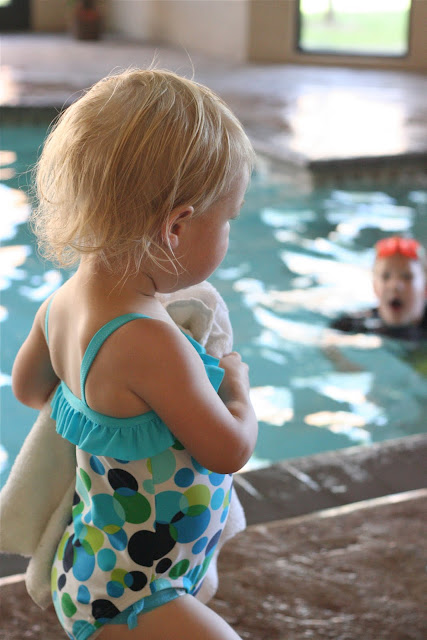 just carrying towels back and forth between Corey and I... 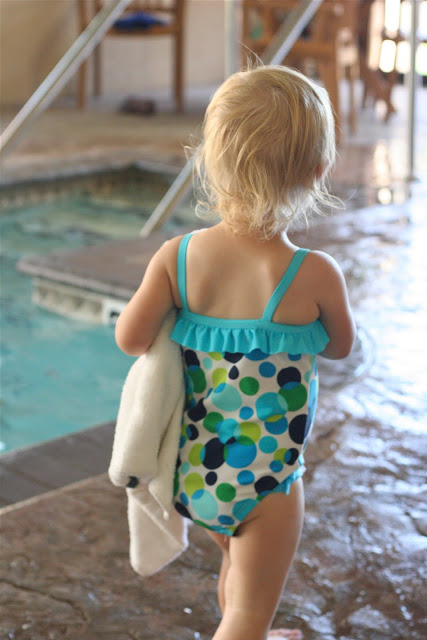 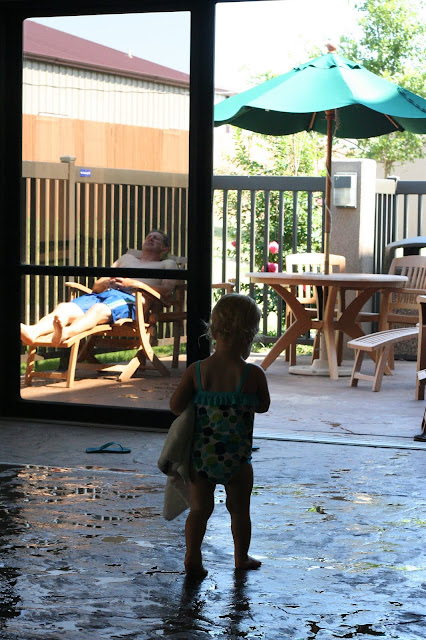 But the other two had fun... 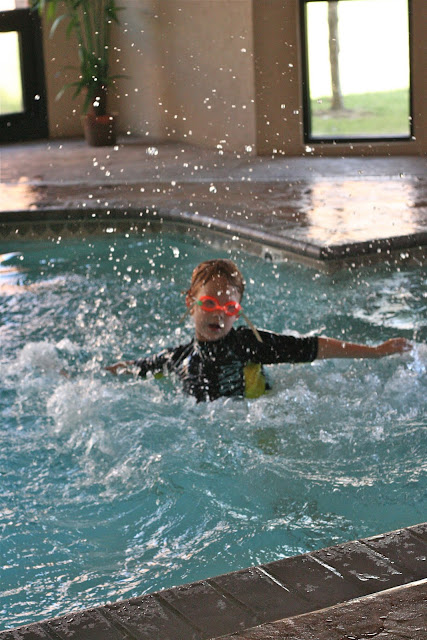 Ever since swimming lessons (which I still need to blog about!) this girl spends all her time in the deep end! She is turning into a real waterbug this summer! 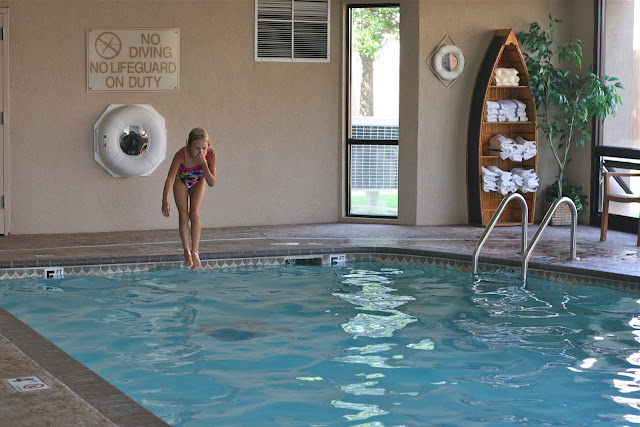 When headed back to Aunt Aletha and Uncle Pete's for supper and took all the kids to visit Miss Nettie (My aunt's sweet little 95 year old neighbor. She remembered the little redhead from last year and hoped she would get to see them again!) 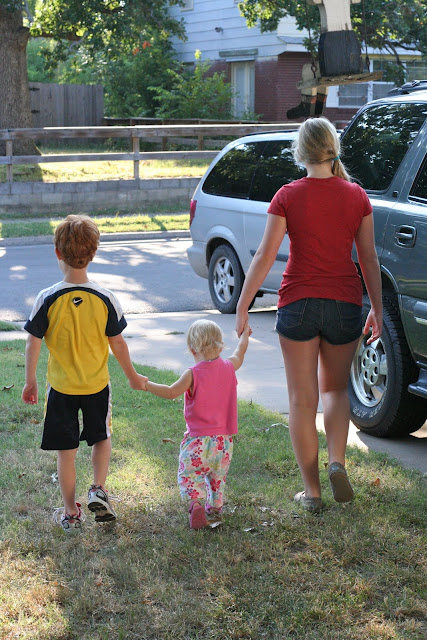 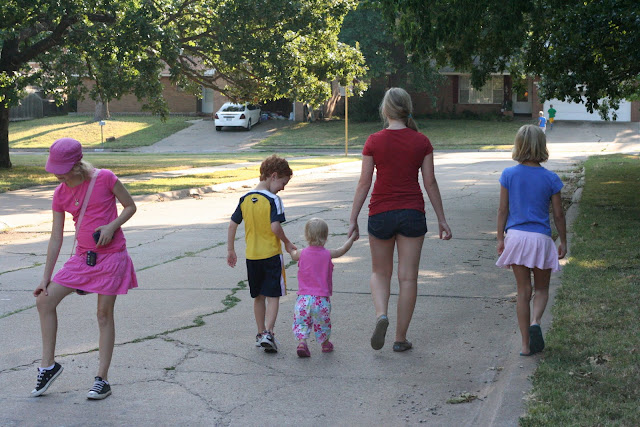 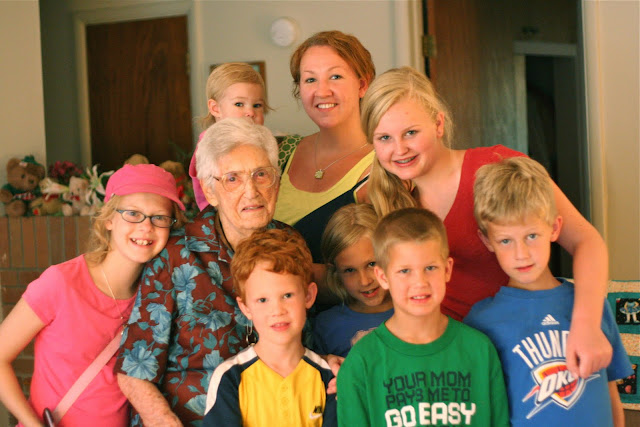 The kids got to enjoy another evening at Kiddie Park after this, but I have no pictures. As much as I wanted to go with them, we decided to have Corey drop Gretchen and I off at the hotel so she could go to bed at a decent time. He dropped us off at 7:30 pm and she was asleep on my lap by 8:20. I debated about where to lay her down at because she hadn't slept well in the pack-n-play the night before. I laid her in her crib (which was shoved in the closet) a little before 9:00. Around 8:45 the next morning, her little head finally popped up over the edge. She. was. tired. (And everyone else got to sleep well that night, too!)

It was a perfect family trip.
So many fun activities and so much fun time spent with family.
Thanks again, Aunt Aletha and Uncle Pete!
We love you!
Posted by Amy at 10:40 PM

Love the photo of you and Gretchie bug! Why doesn't my hiney look as cute hanging out of my suit as Gretchie's? Oh yeah, and I love the family photo :)