Seriously love this kid.
He cracks me up all the time.
We had been working on stories during our writing time for the past couple months.
This was his final copy (but he had several other versions/sequels).
"The Monkey and the Crocodile." 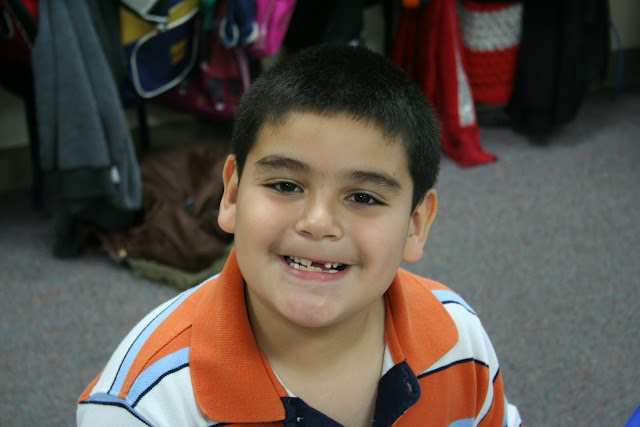 Once upon a time there was a monkey and a crocodile. The monkey and the crocodile were enemies because crocodiles eat monkeys.

One Tuesday morning at twelve o'clock the monkey had a plan. First he was fishing at twelve thirty. The kind of fish he got was the most brightest fish of the world because it shines like the sun. Then he tied a string to the fish's belly button. When the crocodile woke up he saw a fish. The fish went here and there. The crocodile chased the fish. The crocodile bumped his head on a tree.