I was called to the living room last night to "come see Baby Jesus."
Sophie was Mary and Lawson was an angel.

Lawson was sitting by Baby Jesus, giving him kisses and taking care of him. 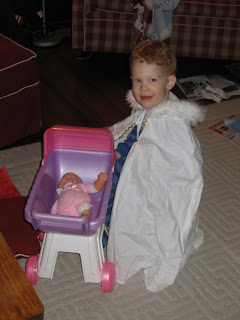 Until Sophie informed him that he can't just sit by Baby Jesus, because angels have to fly. 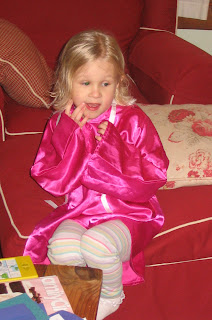 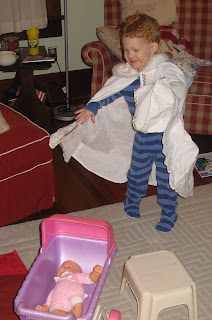 Sophie is trying to show Lawson the proper way to be an angel... "you have to flutter your arms slow. Like this. And you can't stick out your peachy hands." 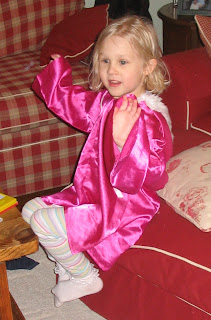 There were also balloons involved somehow, that I didn't get a picture of.
And a lamp.
The lamp was the bright star over his bed.
The balloons for when "he rose and became king for all the children."
Posted by Amy at 2:07 PM