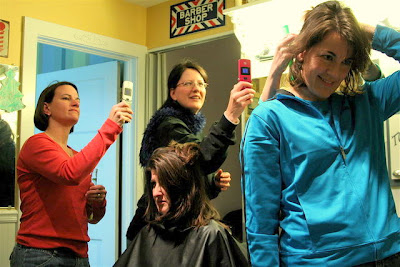 Although our little bald spots are not quite the same as Jana's, it was a show of love, of support, a reminder to pray. When we talked to her today and she said that her hair was already starting to grow out a little bit, we could all say, "Yes! Ours is, too!" 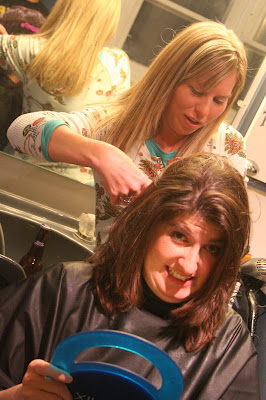 Poor Craig. He's thinking,
All I wanted to do was watch the football game... Now all these women are at my house. Being loud. And silly. And standing on my kitchen counter taking pictures. 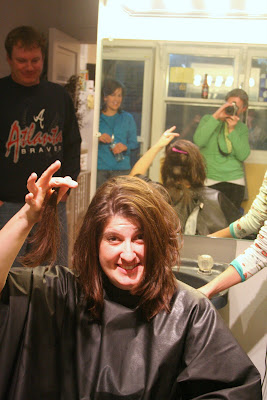 Shana and Merressa had the tiniest little pony tails. 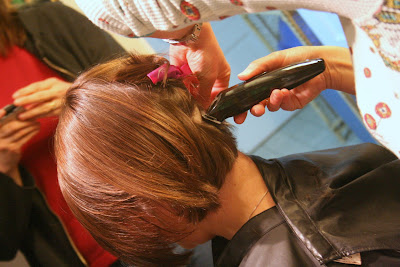 Pam had the longest. 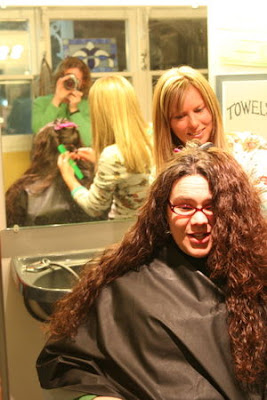 Kristi as Cousin It. 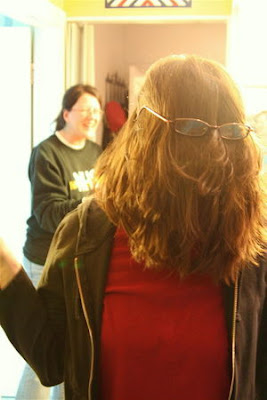 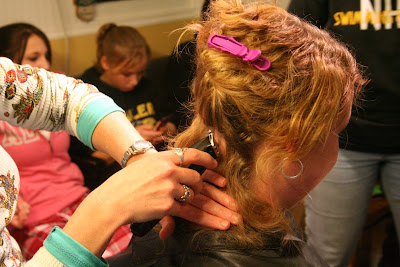 Between Megan and I, (and GB and Claire who were using our cameras) we had almost 500 photos to document the evening.

Amy D. was one of the bravest. We all had her, a professional, to do our cutting and shaving. But she jumped right on board, saying that there as no way she could do this to all of us without doing it herself. Does she look a little nervous? 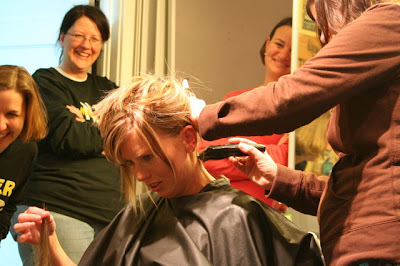 Kristi has a bit of an addictive personality. She decided this little patch wasn't quite big enough... 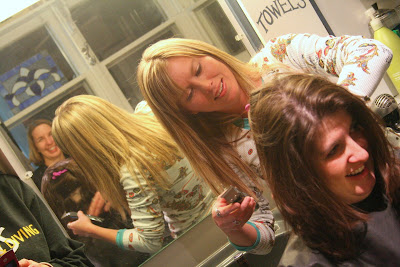 so she went for this, instead... (which really, if we used our Sharpies to draw a line with staples, wouldn't look that much different from Jana's) 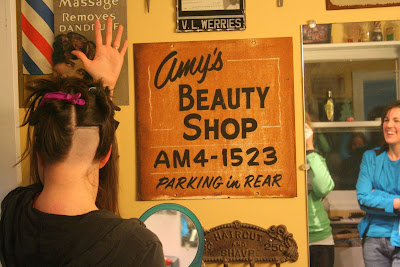 I'm not sure Amy really wants us advertising for her salon. 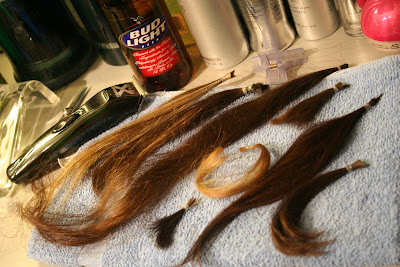 Can you tell which one is mine? 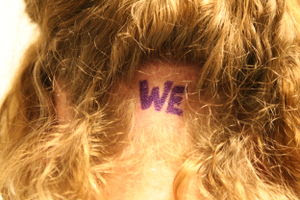 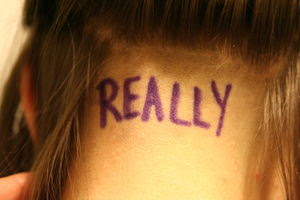 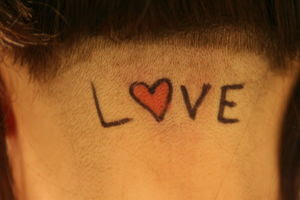 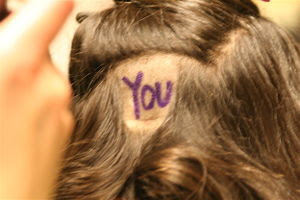 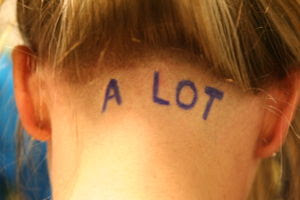 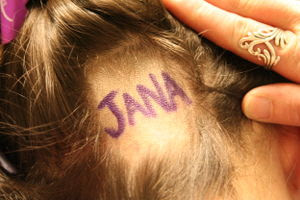 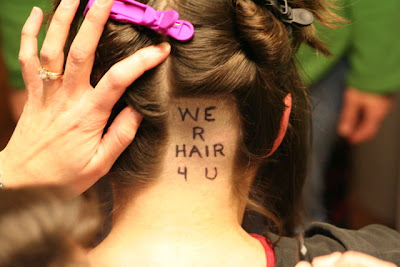 We do love her a lot.
Obviously.
We wish you could have had McDreamy for your surgeon,

but it sounds like your guy did a good job.
She was out of ICU in a day.
She will hopefully be discharged from the hospital tomorrow!
Home to her kids, family and friends on Tuesday.
I can't wait to hug you, Jana.
It was so good to talk to you today. 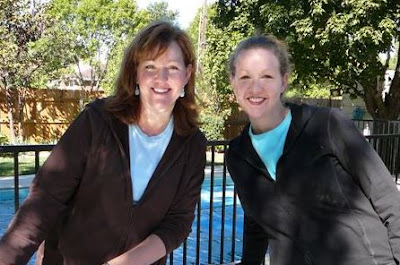 My Eddie Bauer gift cards are just waiting. I won't spend them with anyone but you!
Love you!
Posted by Amy at 7:51 PM