Our move this summer wasn't quite as organized as our move last summer. {And you have no idea how happy we are that this is that last move we have planned! (Until the nursing home, Corey says.)} Less organization this time, but so much more help! And when it comes to a house move... I will take help over organization any day!

This was my little lifesaver basket this year. Tools... felt for the bottoms of chairs... tape measurer... Sharpies... tape... and all the little bags of screws that we didn't want to lose. (Except for all the screws to the kids' beds. I gave Corey a labeled bag to put them in at the old house, and it never made it back to me. Major relief when we found that bag in his toolbox.) 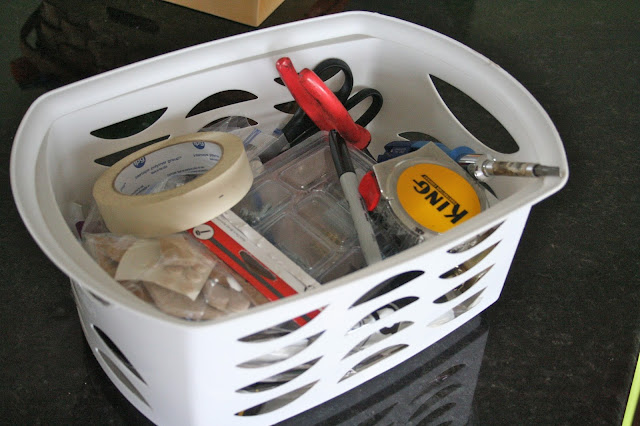 We went for the classy move this year. No rented UHaul... just this lovely stock trailer. (With a tarp down to cover the leftover cow manure.) 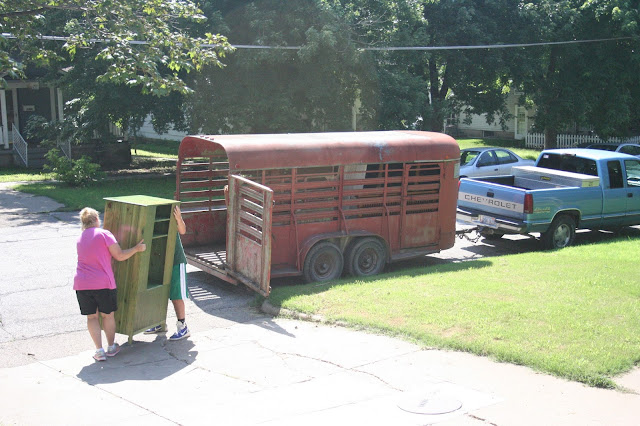 I didn't get pictures of all our helpers, but at one point we had 15 people at the new house, helping move stuff in.  6 of those people were technically kids, but 2 of them were really big/strong kids. Then 2 others Sophie and Lawson's age. Plus Gretchen and another little person. (I don't think they actually carried anything, though.) =) 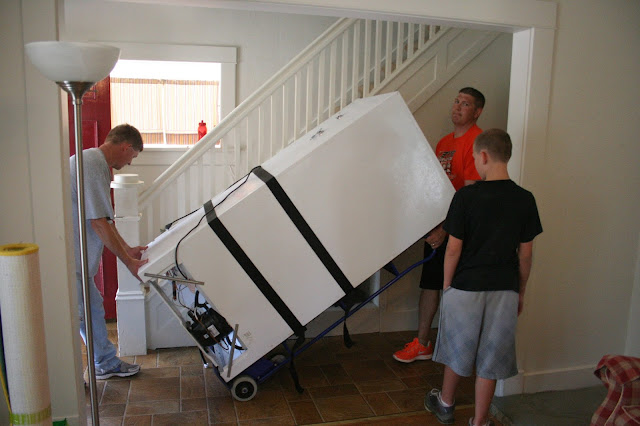 Plus 3 other offers of help that we turned down. So different than last year when there was Corey and I, my mom and Dallas. It wasn't 110* either, which was nice. 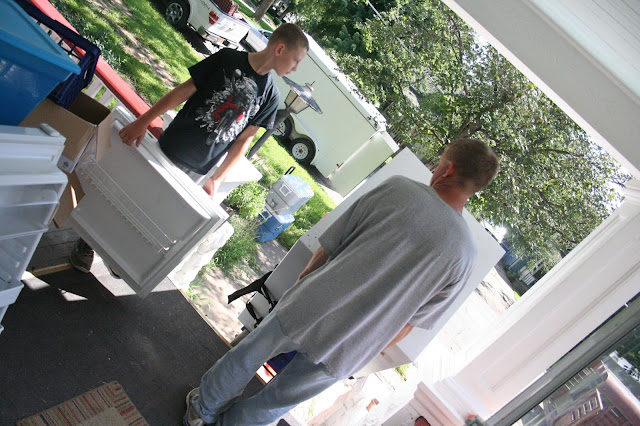 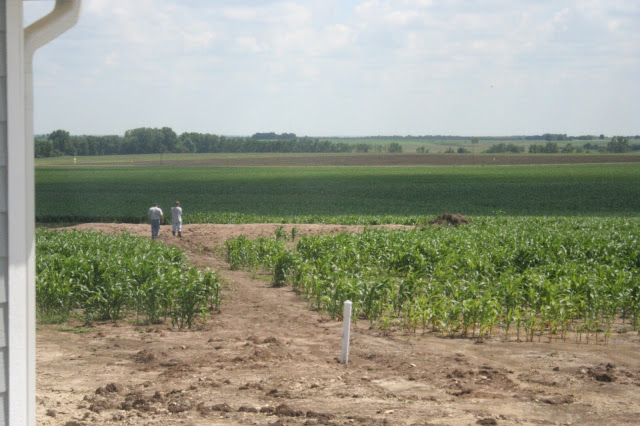 My dad and my mother-in-law got all the beds put together (once we found the screws!) 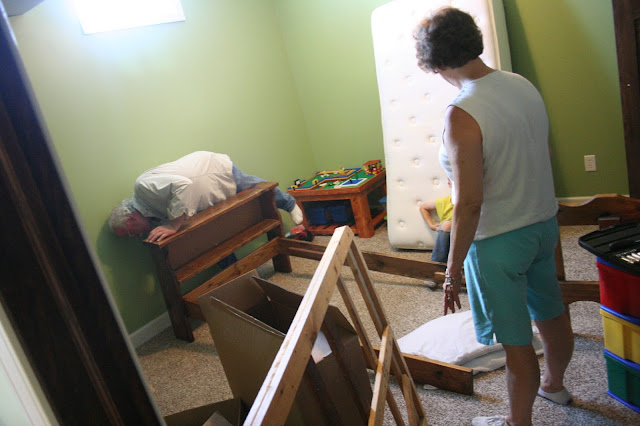 Gretchen showing me her big muscles... =) 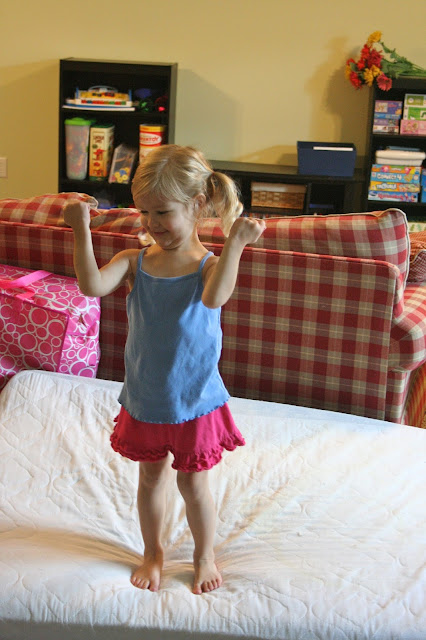 We lost all our kid-sized helpers here after awhile... 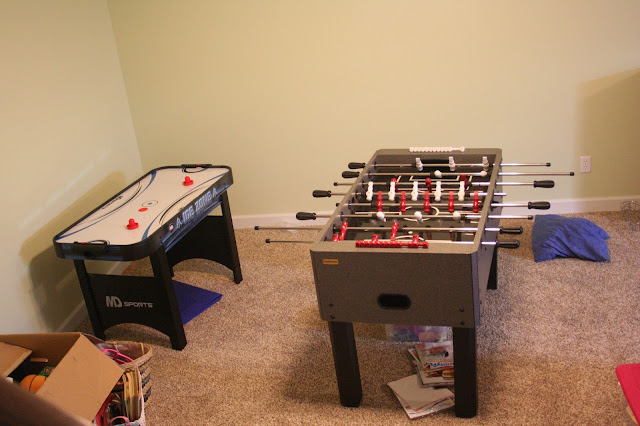 Corey, my dad and I went back later that evening for the last load of random things that were left. We were a bit depressed to see just how much random stuff there was! Another trailer, van and truck load. Seriously... how do we have so much stuff?! 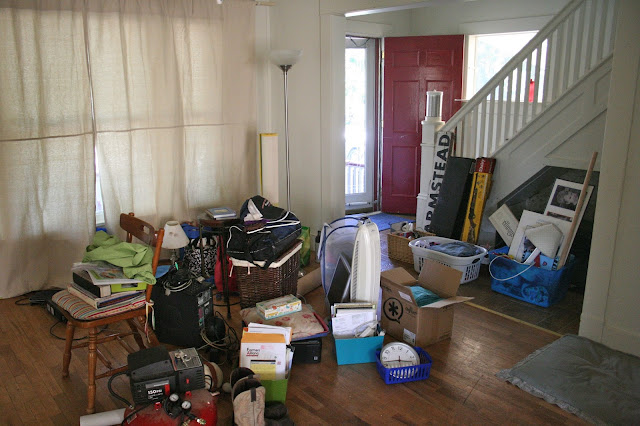 I was debating the whole "curtains on these windows" idea... but that evening, realizing how crystal clear you could see in these windows... made me think we do need them. 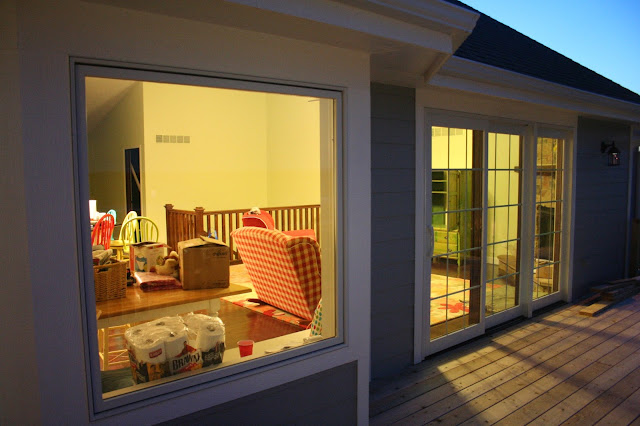 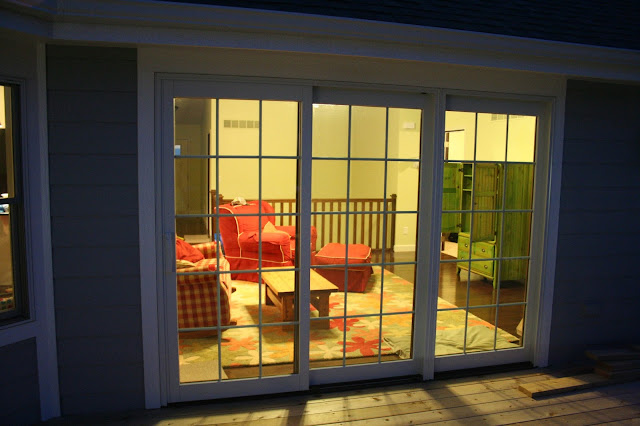 But, since this is the view on the other side of those windows, I still go back and forth. 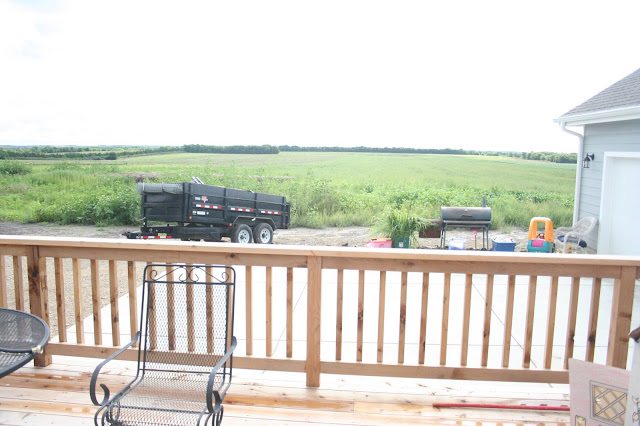 Actual "inside of the house" pictures coming soon! As long as you promise to overlook the chaos and mess. =)
Posted by Amy at 9:20 AM