There were a lot of changes, coming from a bigger school to a smaller school.
My old school had an enrollment of 300-400 most of the years I was there.
(It changed from K-5 to K-4 the last few years, which obviously dropped numbers.)
My school now has just over 100 students, K-5.

This was one of the biggest changes... 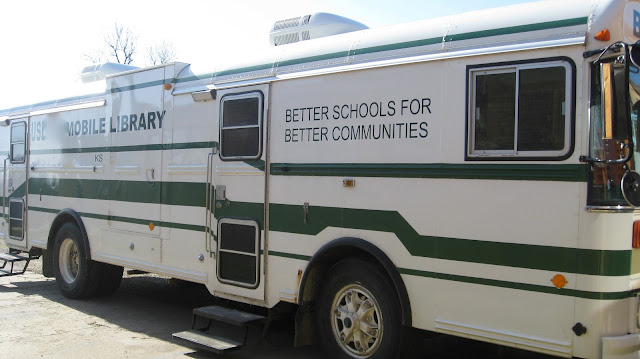 Early in the year, I posted something on Facebook about not being able to find all my Eric Carle books. A former co-worker said, "Uh... don't you have a library at your school?" =) 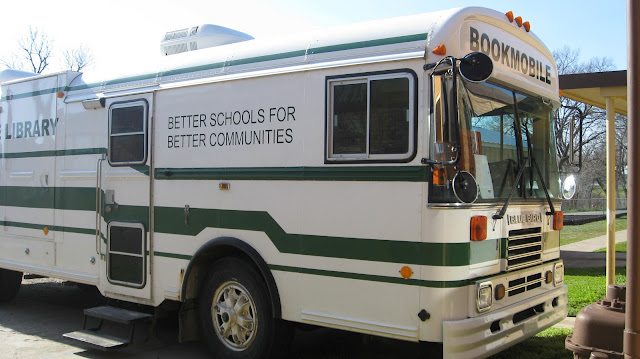 Twice a week, the bookmobile comes. It's a big ol' school bus, but this is what it looks like on the inside... 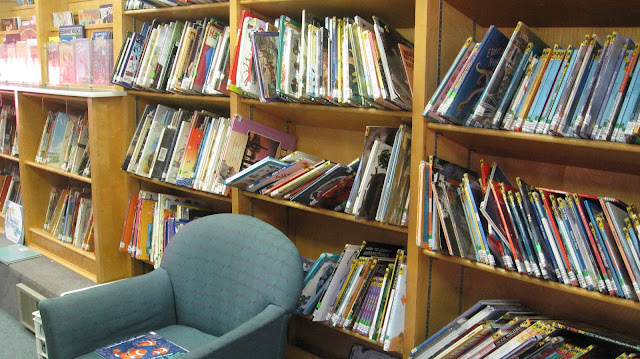 There's a driver's seat, but that's pretty much the only resemblance to a school bus... 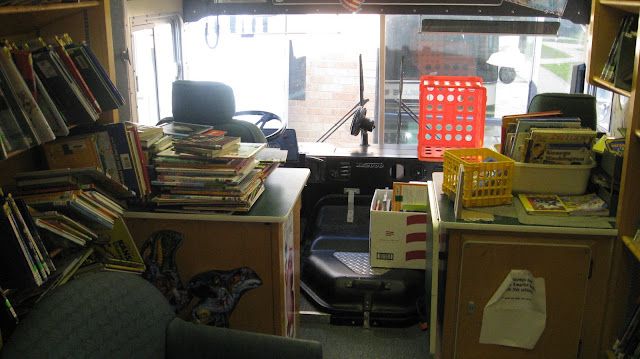 My kids get to come once a week, usually in groups of 6... they turn in their old book and check out a new one. 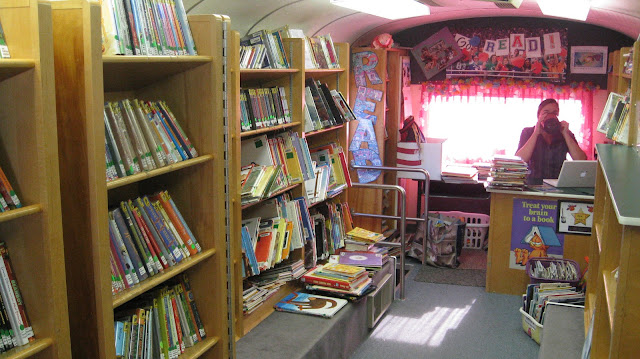 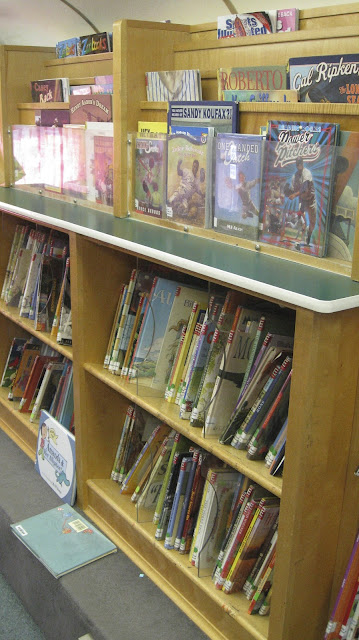 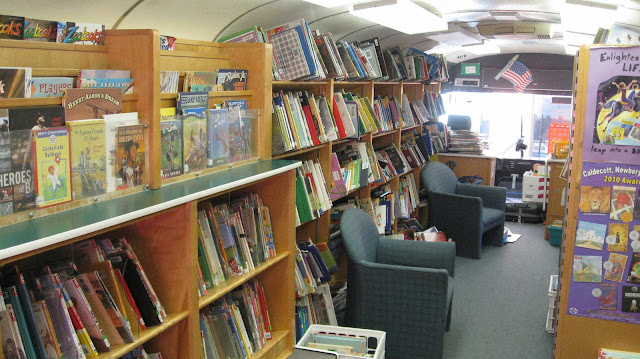 So while I do still have access to library books, it takes a bit more planning on my part. (Something I'm not always great at. I do really good last minute planning sometimes.)

{We also walk to the little local public library once a month.}
Posted by Amy at 12:25 AM

Oh my gosh it's so cute inside! My son is going to Kindergarten at a school next year with no library, and he'll get to experience a book mobile too :) Our nearest library is still 15 miles away though so we have this awesome library system that you can check out books online and they send them for free to your house, in little canvas bags, return postage already paid. I love small town life!!

Oh my goodness, how you forget over time. The town I grew up in was small and we had a book mobile come weekly also. It was so much fun going and picking out books to take home. Wow did not know that they still had these.