We've been spending quite a few evenings out at the ball field lately. I love how much fun it can be to watch your kids participate in sports. 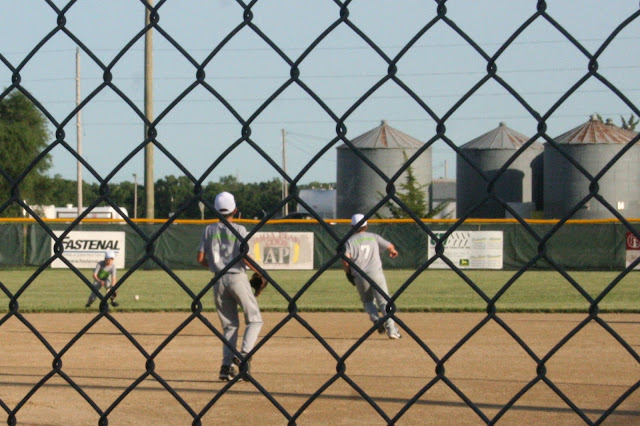 We had to choose which league to sign Lawson up for this year. He could have been in Machine Pitch and been the oldest or moved up to the Mustangs and been the youngest. We went with the Mustangs, thinking he would learn more, but wow... it is a big change. 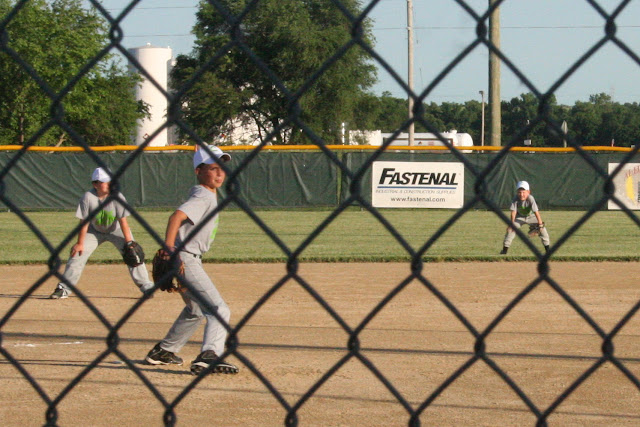 Last year, he played Coach Pitch. Everyone got several pitches... everyone got to bat... they didn't keep track of strikes, or outs... they didn't keep score. This is a definite change. There is also a really wide age range. He has two boys on his team that are finished with 5th grade, going into 6th grade. Three of them just finished 2nd grade. The others are somewhere in between. 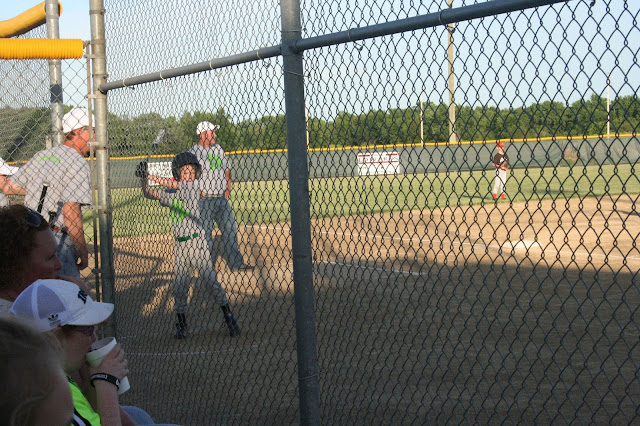 We know what a big influence a coach can be on kids this age. We also knew that his coach could quite possibly make or break his baseball "career" this year. Luckily a guy Corey knew agreed to coach if Corey would help. A third dad is helping out, too and we definitely lucked out in the coaching department. (Lawson commented last week on the other team's coach and how he kept yelling at the boys. Exactly what we wanted to avoid.) 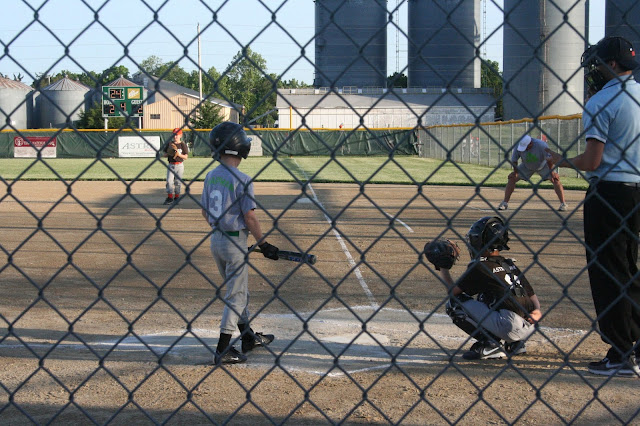 This little guy is Lawson's age and he always makes me smile. His dad is the head coach and his mom teaches at another school in our district. She's my baseball mom friend now, since I don't have Gina anymore. 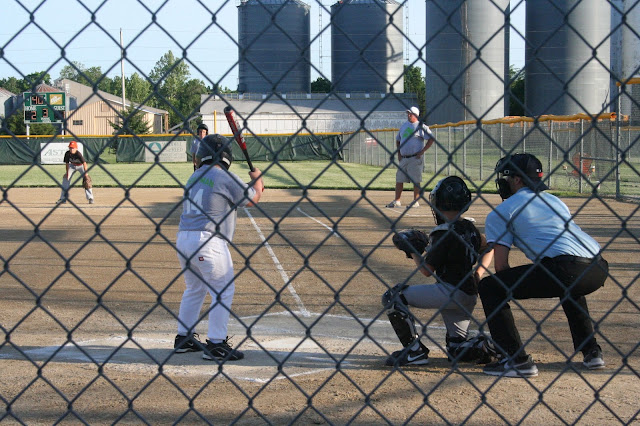 There is such a difference in the skill level between some of the boys on this team. But from what I can tell, the older boys are kind and encouraging to the younger ones. They divide teams up differently here, so there is only one other boy on our team that Lawson went to school with. (He's a year older.) 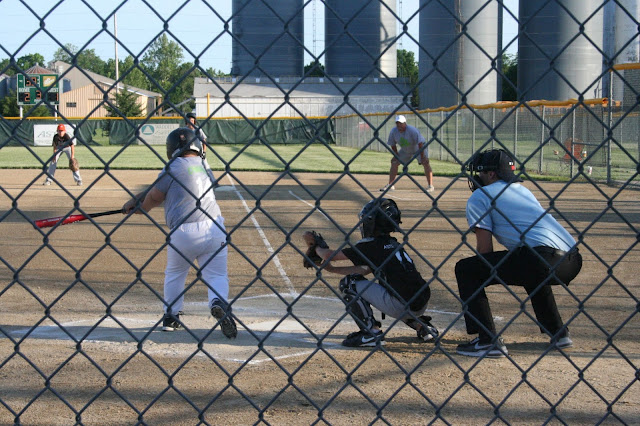 He's doing pretty good at this point. His confidence is the main thing that he needs to work on. (And I'm still trying to convince him that they only way to get better at a sport is to PRACTICE! I actually told him today that I would give him $5 if he could find an adult who would agree that you can get better at a sport without practicing.) 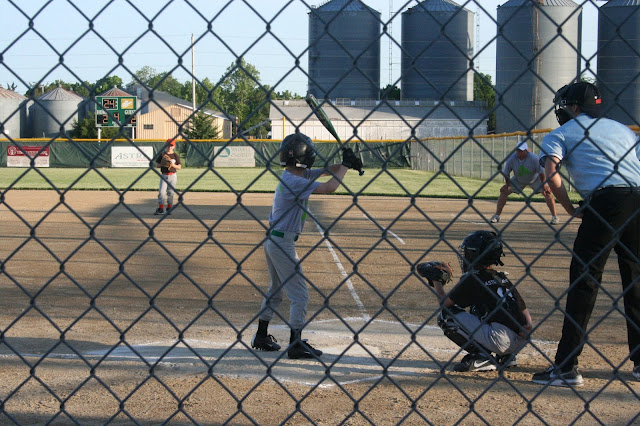 He's a good little batter at practice and at home, but we're working on trying to get him to actually do it in a game. He much prefers to have them walk him...  (problem is... the pitchers are getting better at each game. He's struck out his last few times at bat.) 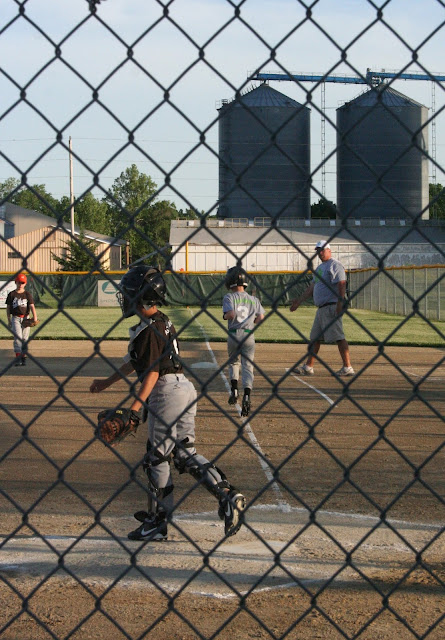 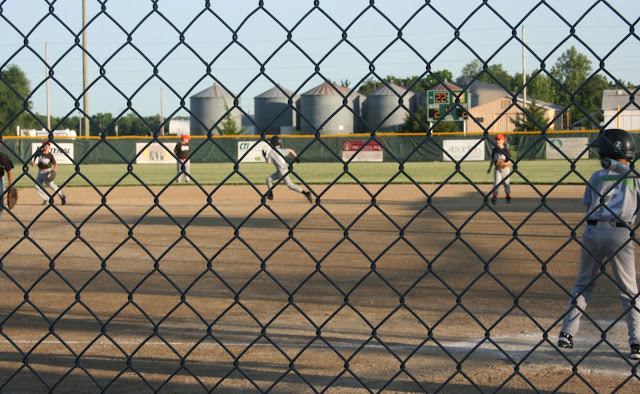 He did great his first game and then lost his confidence a bit in the next two games. So I'm hoping we can get that back soon.

There are 4 teams from our school town, 3 teams from the town we actually live in, and 2 teams that are about a 20-30 minute drive. 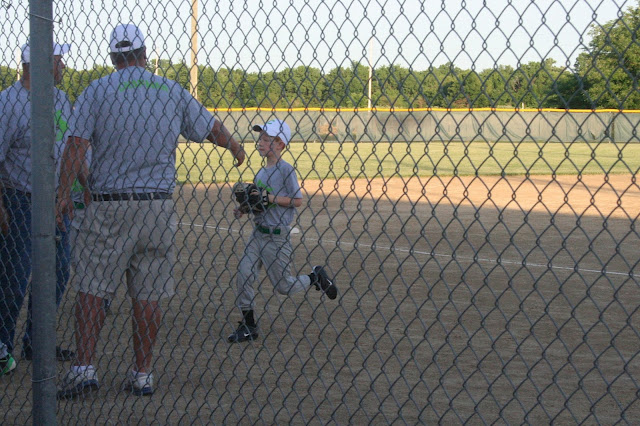 He's still having fun at this point and I do think he's learning a lot. Thankful for the other boys on his team that he has to learn from and for his caring, non-yelling coaches. They are 2-1 right now. Hoping soon to see this kid really knock one out!