We're still here. Still doing okay.
Still only one emotional breakdown for me so far since we've been here. (A month on Tuesday!)
I might have had a partial meltdown on Gretchen's first day at her new daycare. Didn't prepare myself for those tears and the clinging frantically to mommy moment.
Still working like crazy to get my classroom ready.
Nearly there.

We've been trying to squeeze in some fun amidst all the craziness.
I have taken so few pictures. Seriously unlike me.
It's been a crazy, overwhelming, exhausting month.
But there have been some fun moments...

Coming home from a nearby waterpark. All 3 kids fell asleep. We had so much fun. 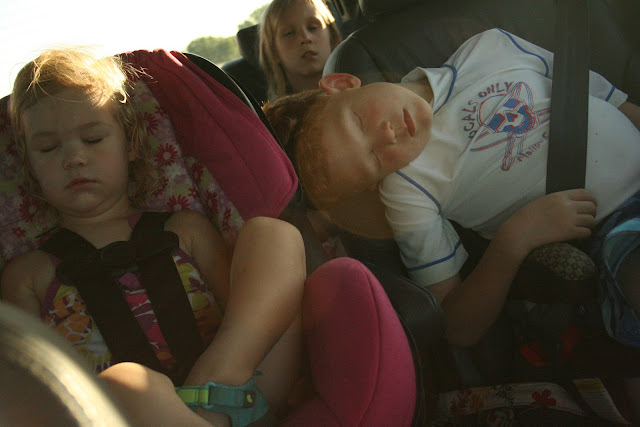 Stopped by a little local hole in the wall before we left town. So yummy. 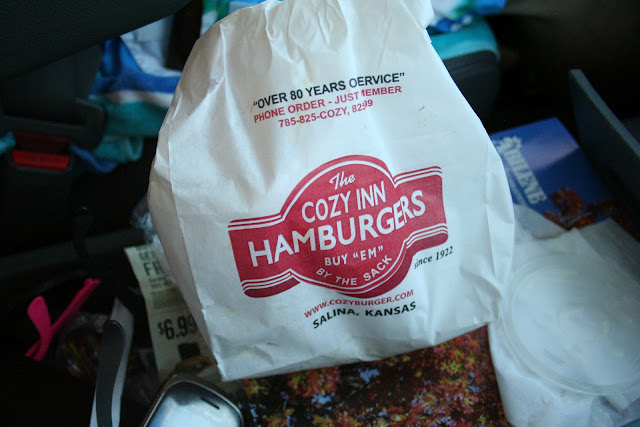 Playing at the park and lunch with some of Corey's high school buddies. It's been years since we've seen a couple of these guys and their families. 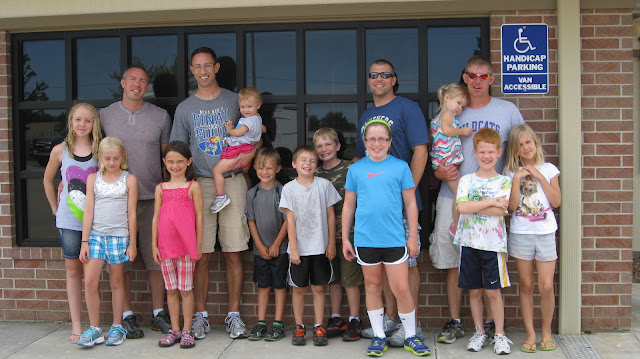 We spent that same evening reconnecting with some of my high school friends. Two of us moved back here this summer and we're both starting new teaching jobs. 6 out of the 10 people here are teachers. A couple others joined us later... two guys I hadn't seen since graduation! So much fun to reconnect. 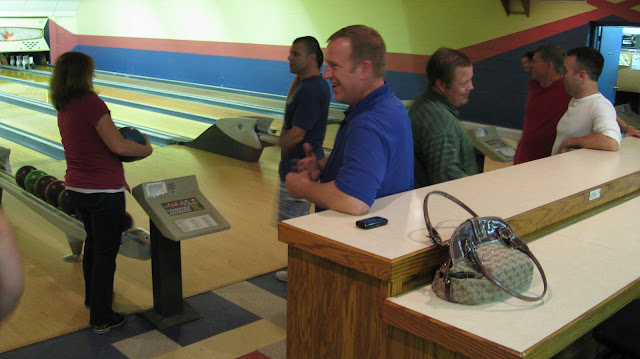 There was also a really fun night riding carnival rides at the fair. But no pictures.
Fun nights at VBS and a swim party. But no pictures.
Fun days playing with across the street friends. And new friends. But no pictures.
And a fun lunch date with friends. There's a picture on Facebook.
And a fun afternoon parade. Pictures will come at some point.
Classroom pictures coming soon. You'll be amazed. The janitor was sure amazed when he stopped by last night. =)
Posted by Amy at 11:24 PM

Glad your room is coming together. But then again, I knew it would!

sounds like you're living in a wonderful community! Good luck this week!

I'm with Gina, I KNEW your room would be perfect!

LOVE the photo of Lawson with taco neck sleeping in the van. So tired and funny!

I knew your room would be organized too! I am with you, last minute pressure makes me work in ways that I had no idea I could work. I had to laugh the other day on FB when you talked about your stickies on your computer:) You make me smile!! BIG HUGS!! and Happy School year!

Sounds like you're settling in nicely! Good luck on your first day!