Sophie and Lawson had been to the Rolling Hills Zoo before, but this was the first time for Corey and I. We had 4 free tickets (because last time they were there with my parents, they shut off all the lights in the museum and tried to close up early. Too bad there were 2 adults and 2 kids still inside. In the pitch black. Using a tiny flashlight my mom had in her purse to try and find their way out. Good memories.) The tickets expired at the end of July and we had been dreading going in the 110* temps. We waited until July 29th and got crazy lucky. Cloudy... overcast... 80* temps. Perfect zoo weather! 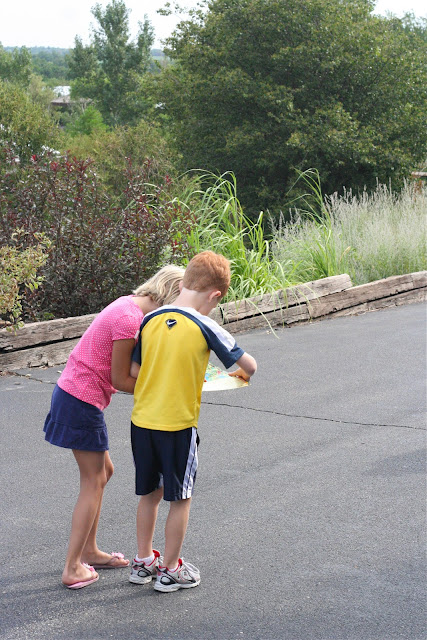 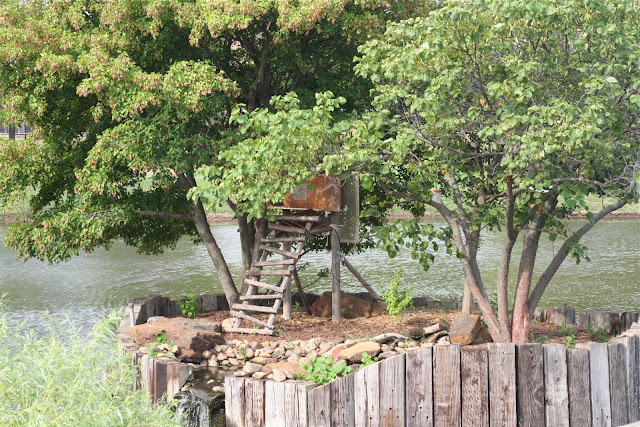 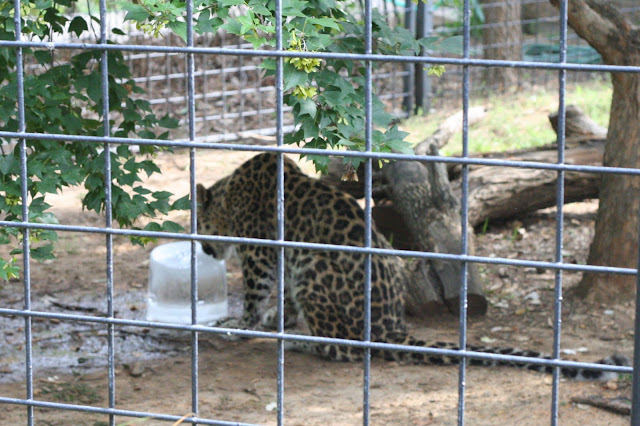 There were lots of sleepy animals, but we could see almost all of them. 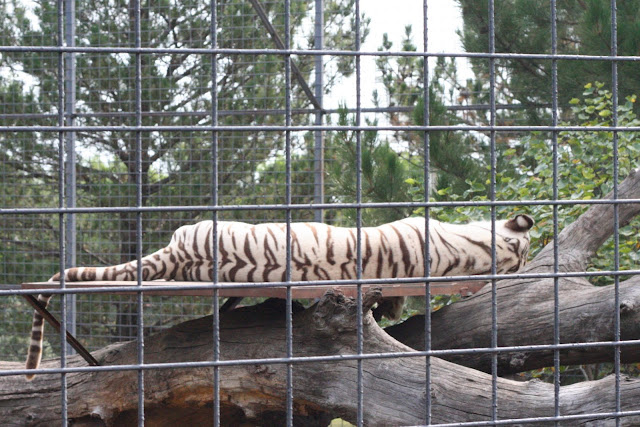 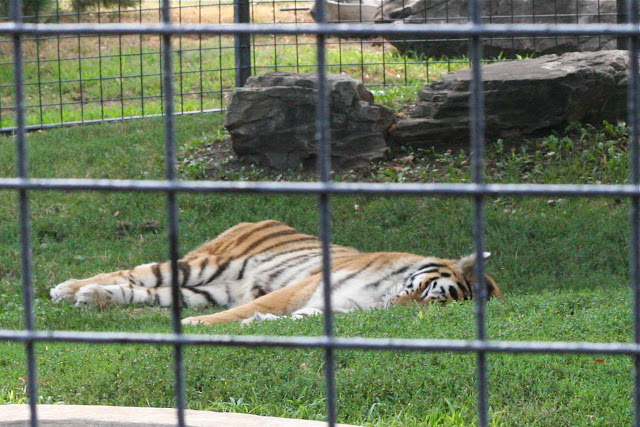 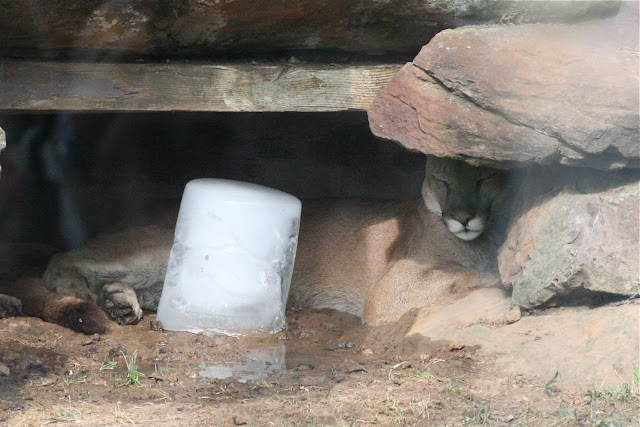 The orangutan on the right truly looked like a giant Sasquatch. Just sitting up there on his giant pole... waiting for the Hendersons to come home. (Lawson loves the movie "Harry and the Hendersons.") 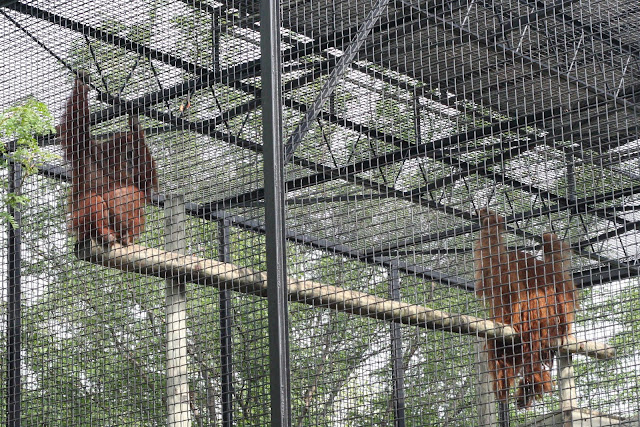 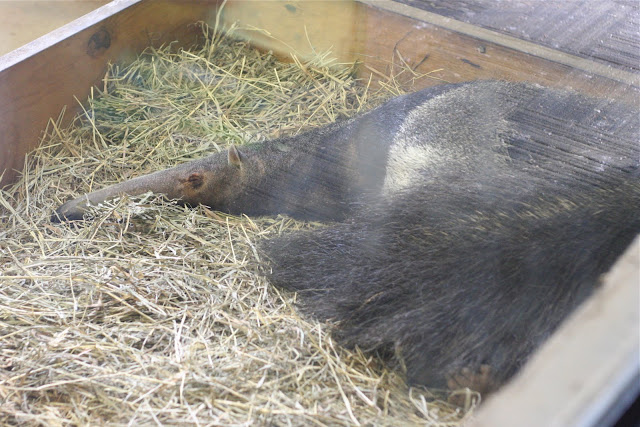 I never knew aardvarks looked so much like giant rats. The characters on Arthur are much cuter. 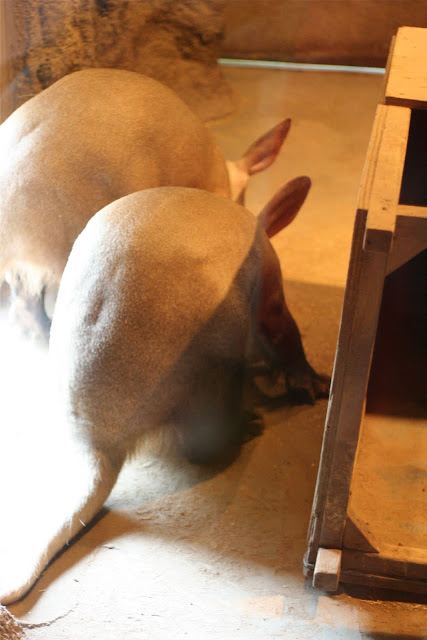 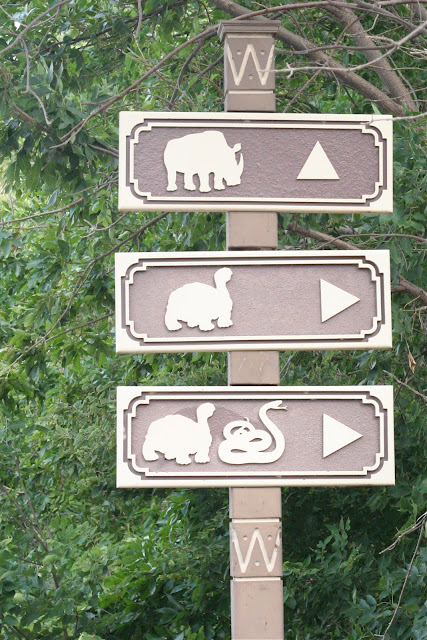 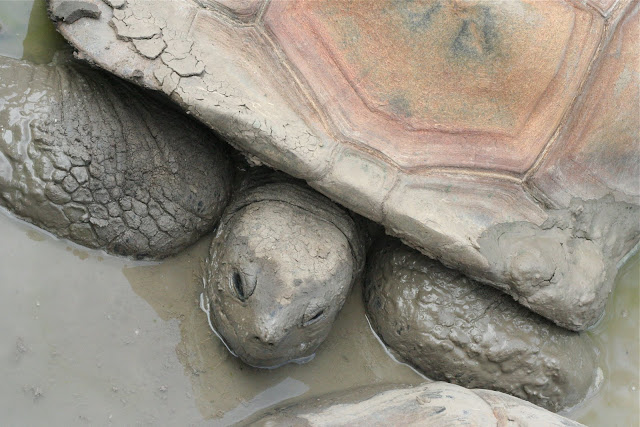 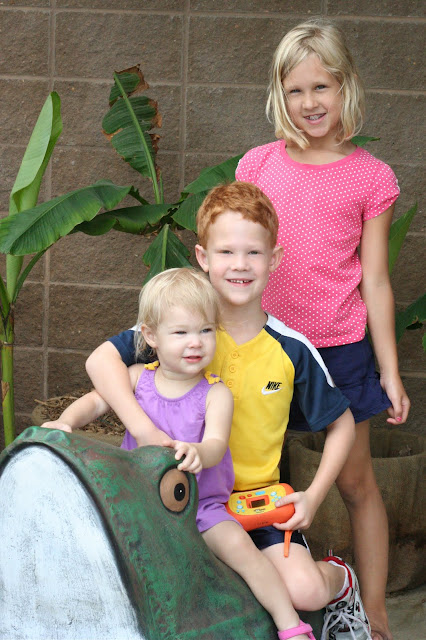 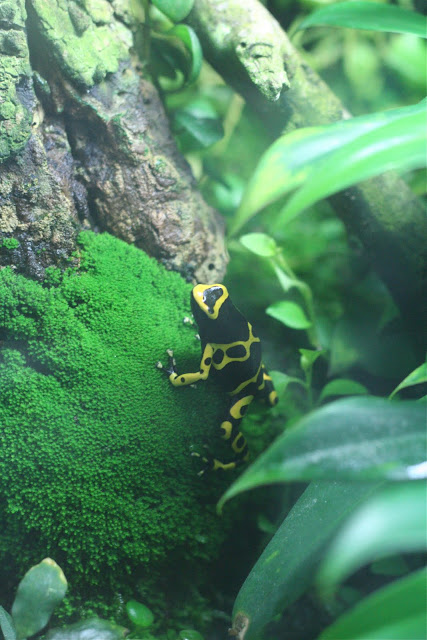 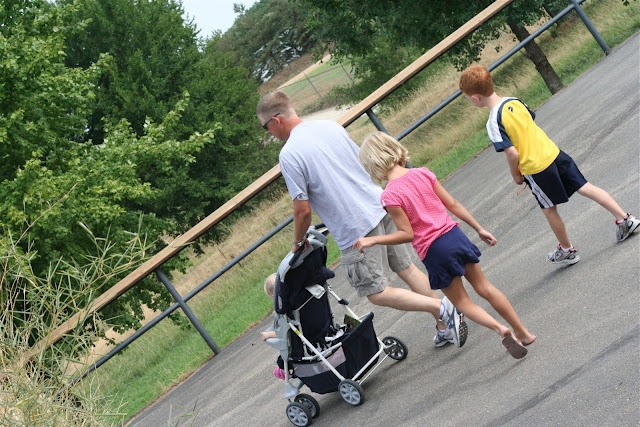 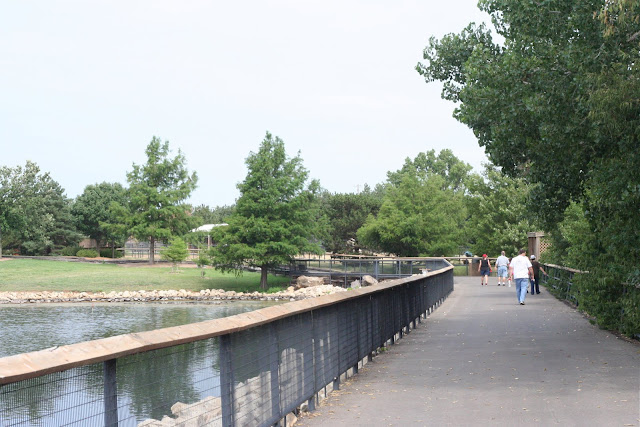 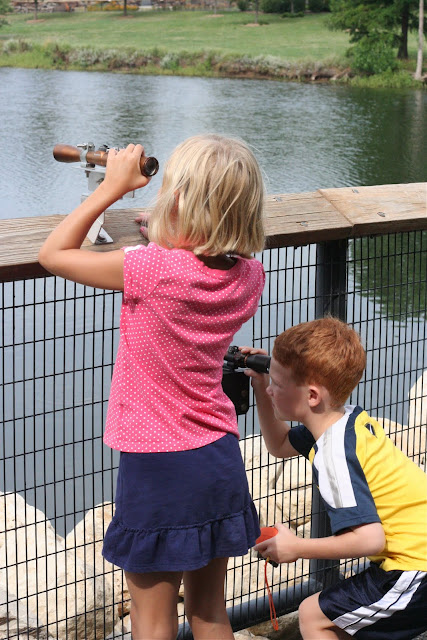 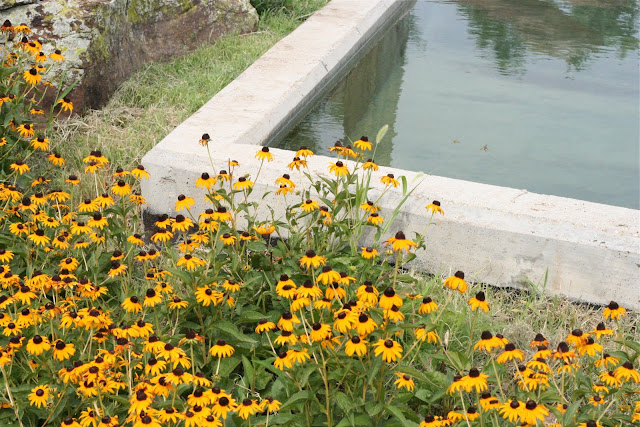 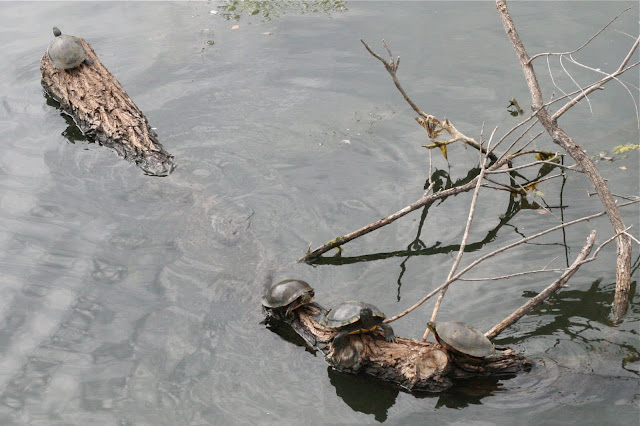 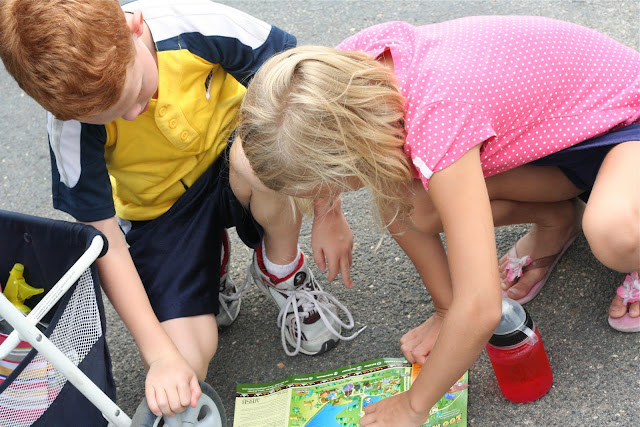 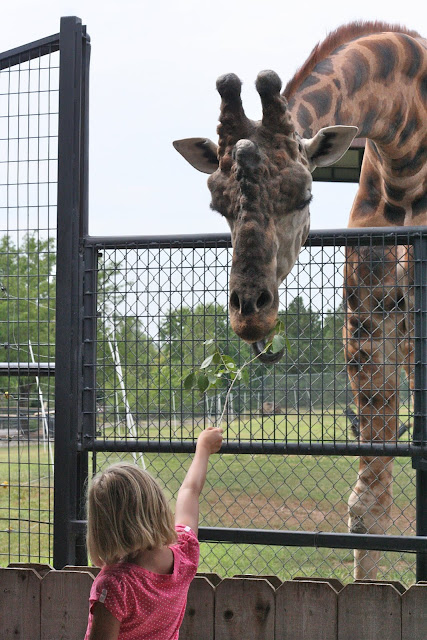 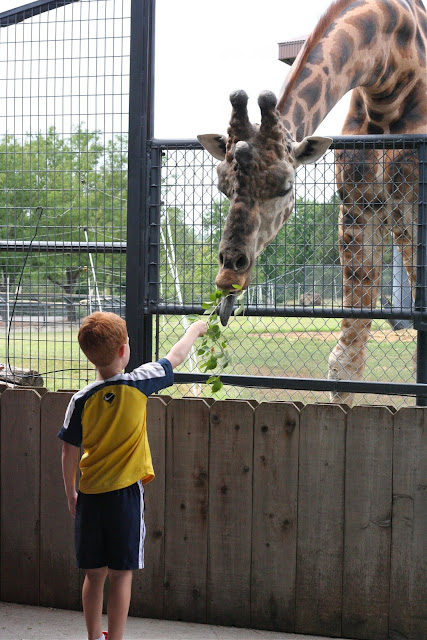 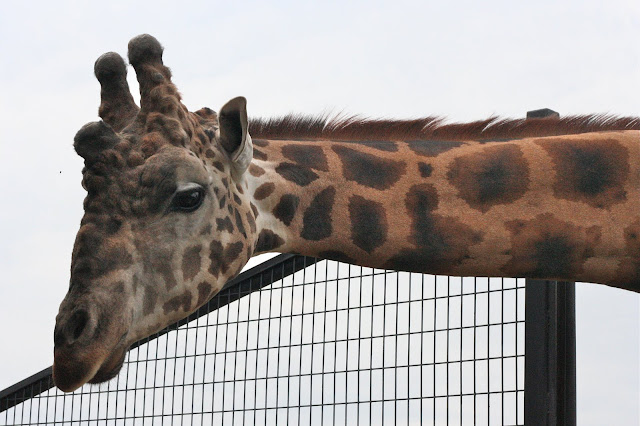 The kids liked the bear sleeping in his giant hammock... 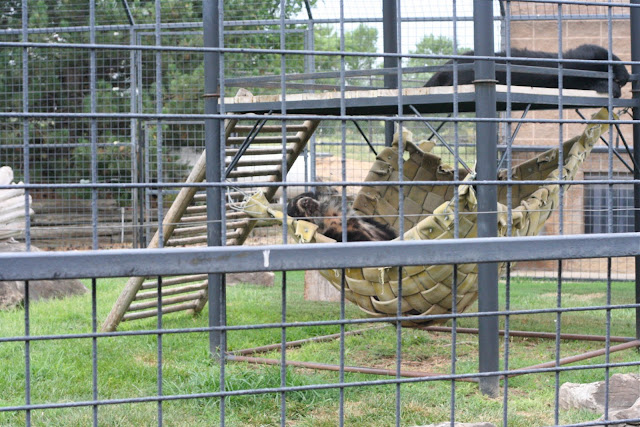 Lots of fun at the zoo, but the museum is still the kids favorite.
After we assured them that they were not going to turn the lights off...
Posted by Amy at 1:38 PM

that's crazy! At least they got free tickets! :o)

Sounds like they had a fun adventure with their grandparents! I've never been to Rolling Hills. We'll have to check it out sometime.

We haven't been in years, we need to make a trip back this fall. It looks like you had a great time.

So many great photos, I love the one of Lawson feeding the giraffe, just so cute! Glad the weather was great and that you all had fun! And I just have to say whenever I boot up your blog and see that header with Gretchie's huge smile it just makes me smile every.single.time! :0)

Wow. They turned off the lights and tried to close down early?? Wow.

Jerry and I want to visit this zoo someday. Jerry was actually one of the painters at that place when they were still building it. Ha. Okay, who cares, right? LOL! Anyway.....

Looks like a really fun place to have an adventure... regular adventure, that is! :D