(This was actually from the beginning of August. I'm playing catch up with my blogging...) 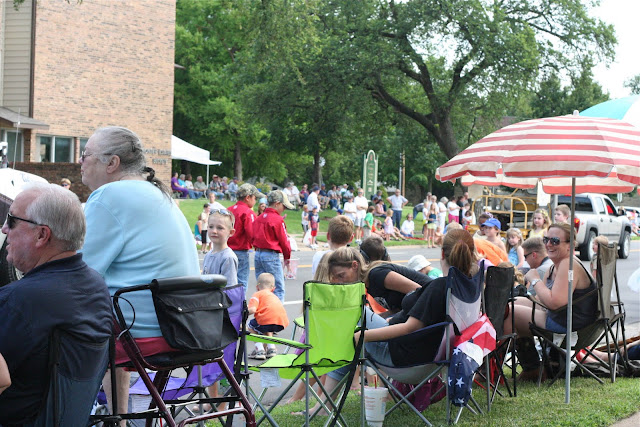 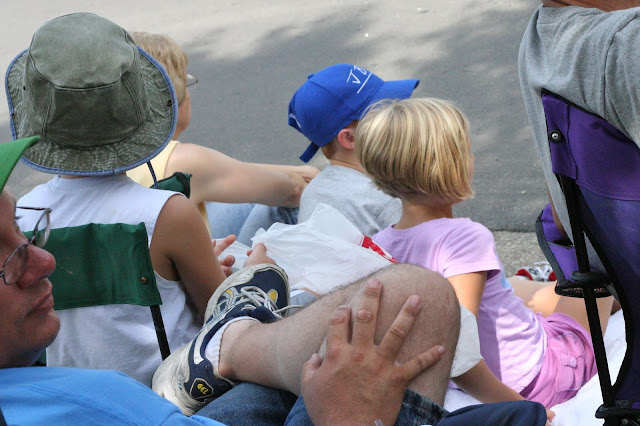 This man drove us crazy at the parade last year. But he must have listened to some of the criticism and did a much better job keeping things moving this year. No big long spaces between floats! Yay! 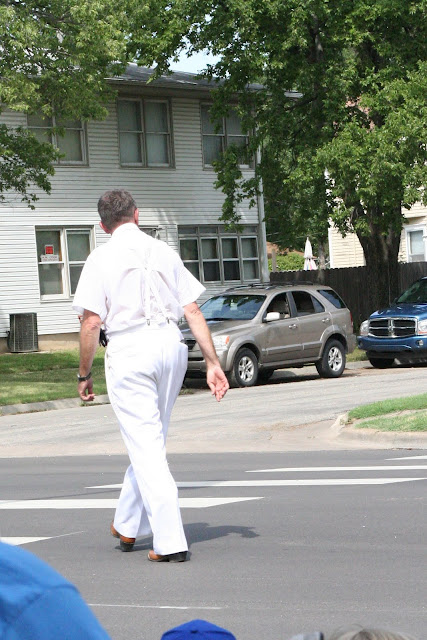 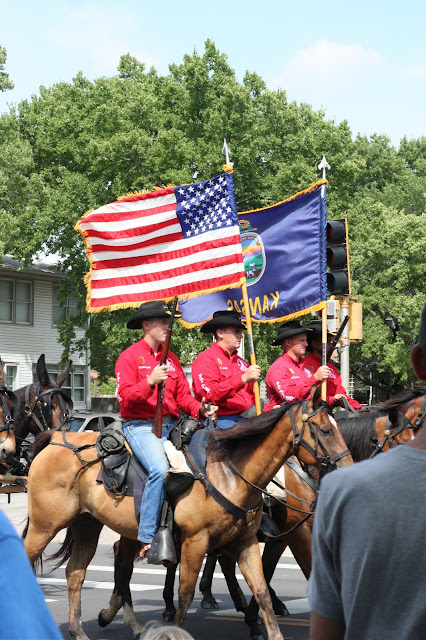 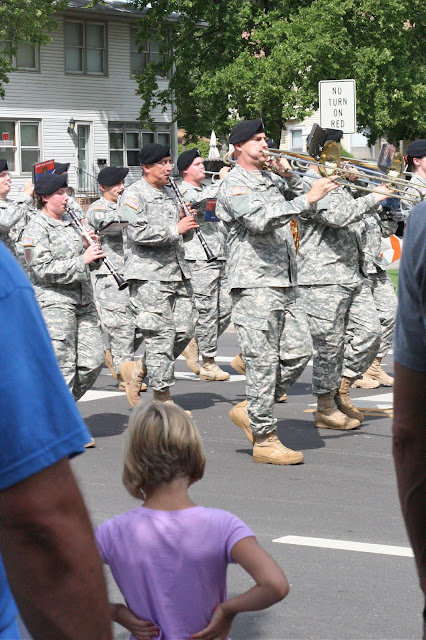 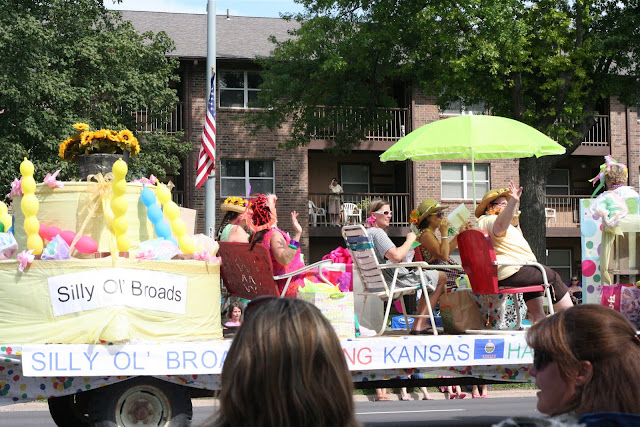 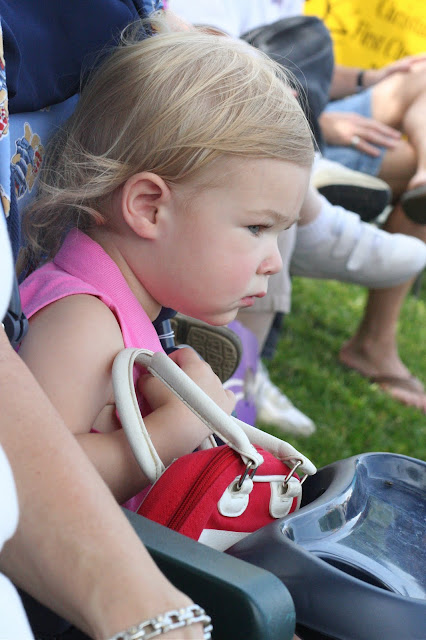 This just made me smile... If you grew up anywhere around Abilene, you knew Disco Bob. I love that he was a part of the parade. He was waving and smiling. So happy. 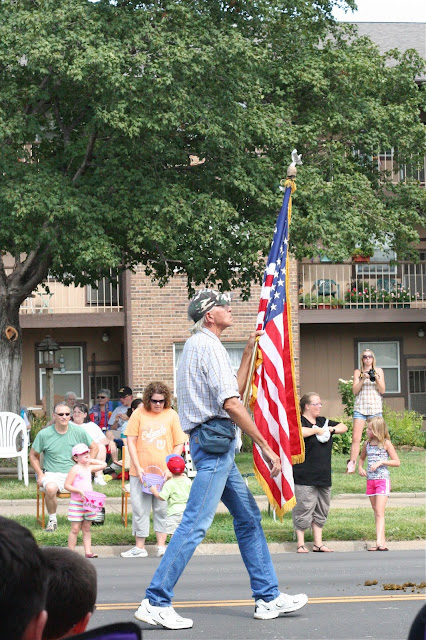 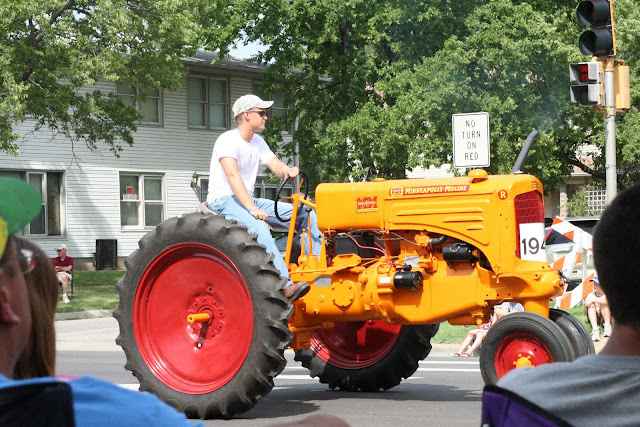 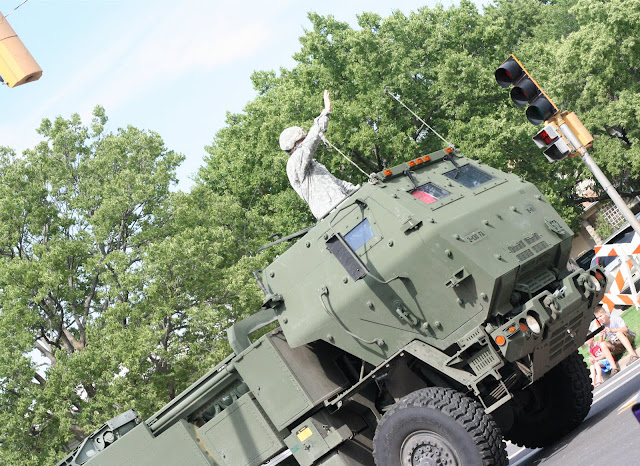 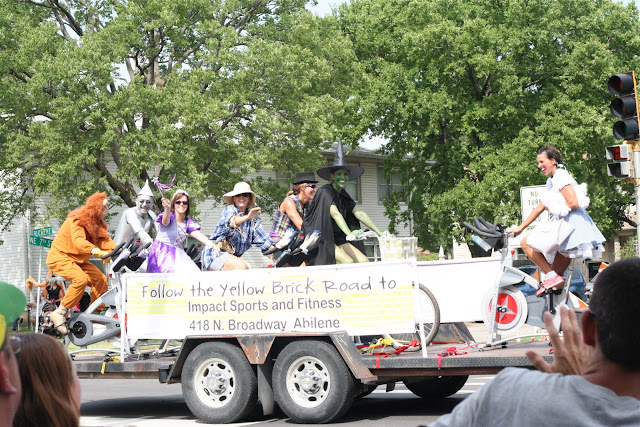 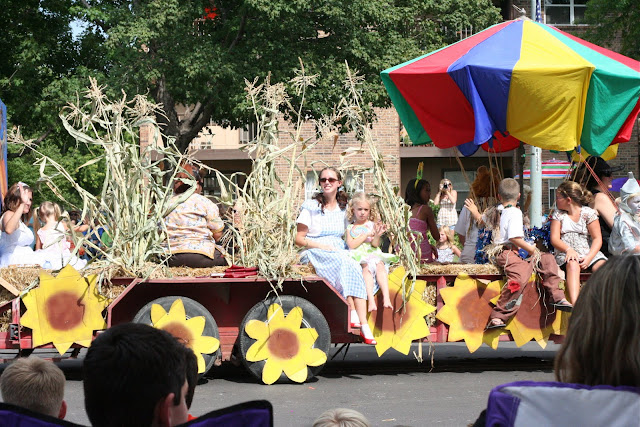 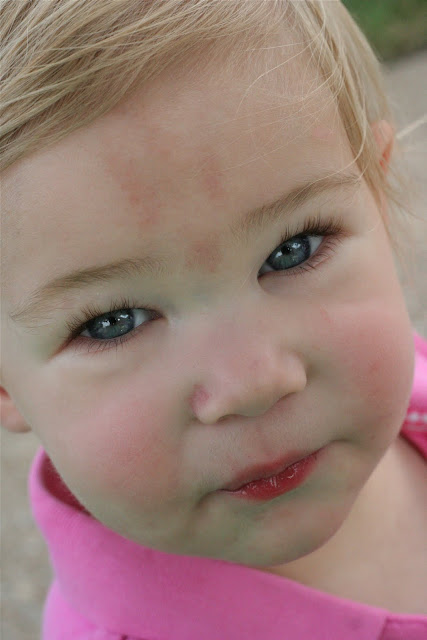 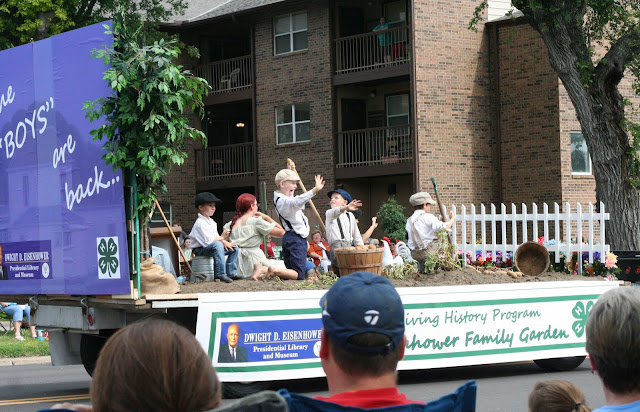 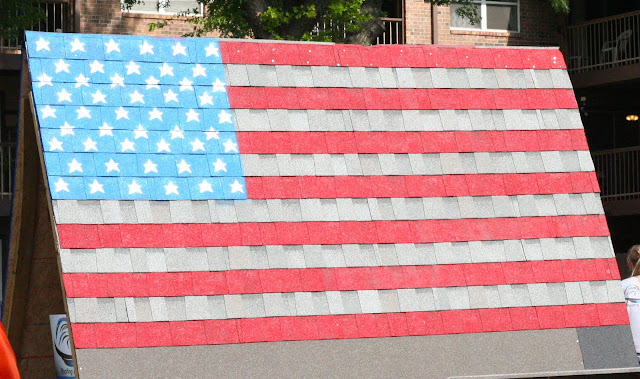 The kids were so excited about this float! They were giving out little bottles of Sundrop soda and they each got their own bottle. Sophie saved hers, but Lawson drank his all as soon as we got back to grandma and grandpa's house. He was bouncing off. the. walls. that evening. We realized later that one of those little sodas had more caffeine than a Mountain Dew. 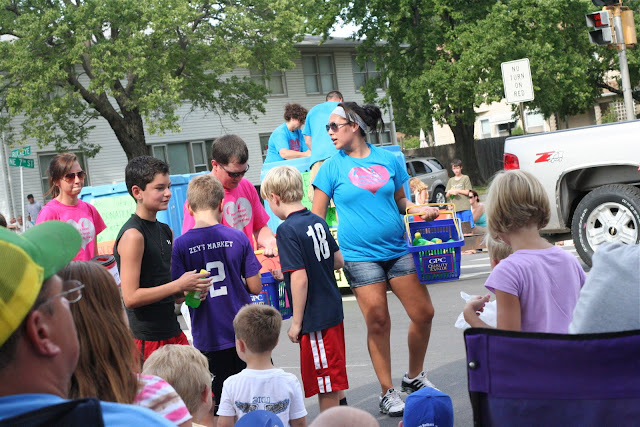 This is always the most popular float... 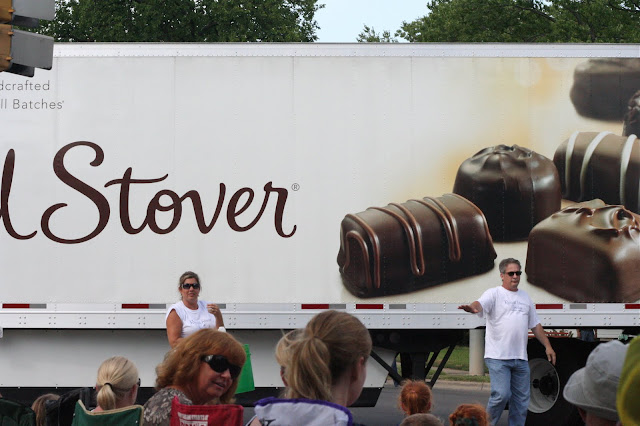 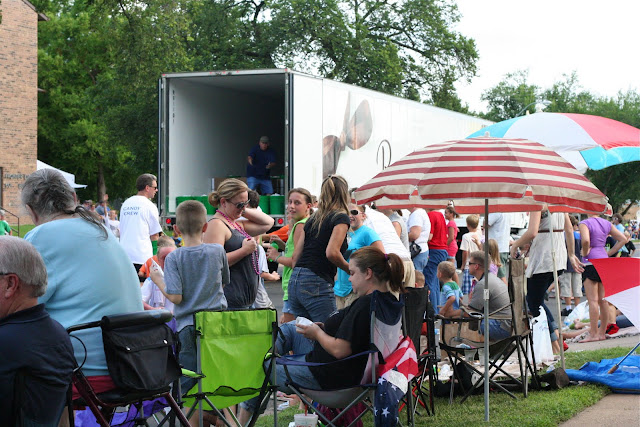 Of course, Abilene has the best parade ever! I think Newton could learn a thing or two about parades from y'all :)