For the last few years, we've had a pre-schooler singing at the Apple Blossom Festival. We had talked about it with the kids, but I think they thought you could only go if you were singing. They were surprised when we told them to get ready! We debated going because of the crazy winds (they couldn't even put up any of the bouncy house things!) but we couldn't pass up the invitation from some of our favorite neighbors! 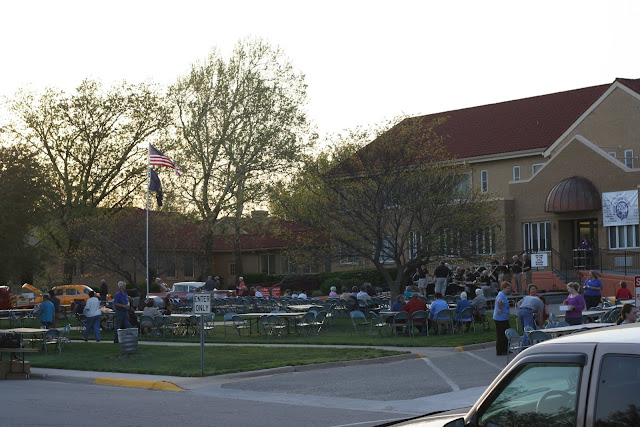 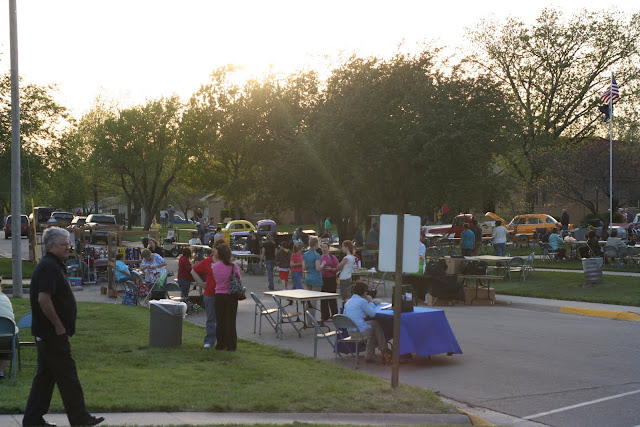 We spent most of our time at the petting zoo... 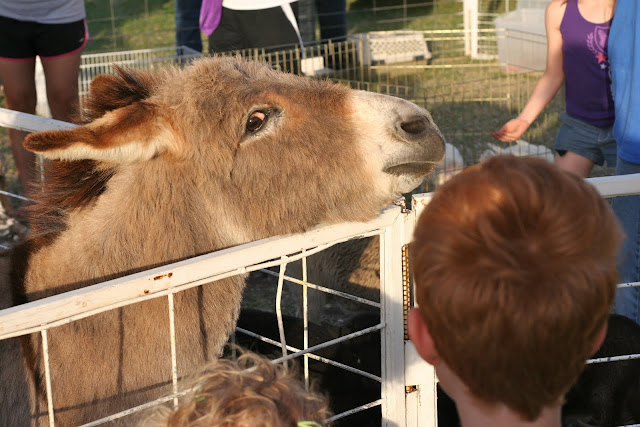 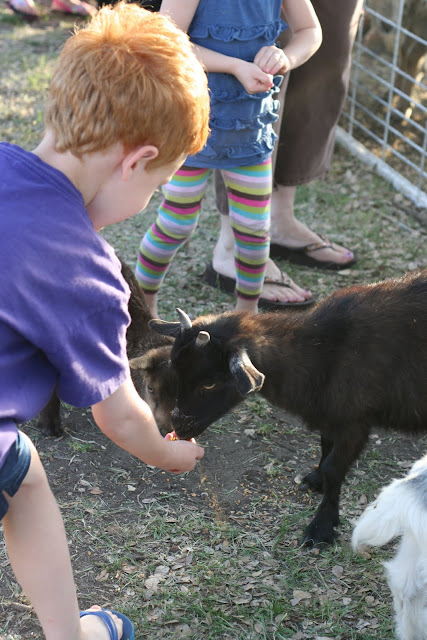 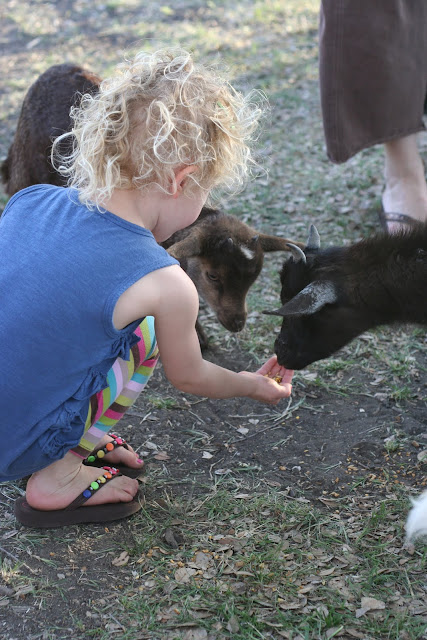 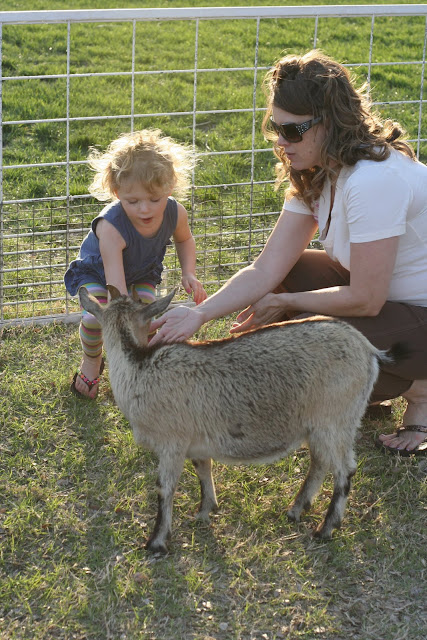 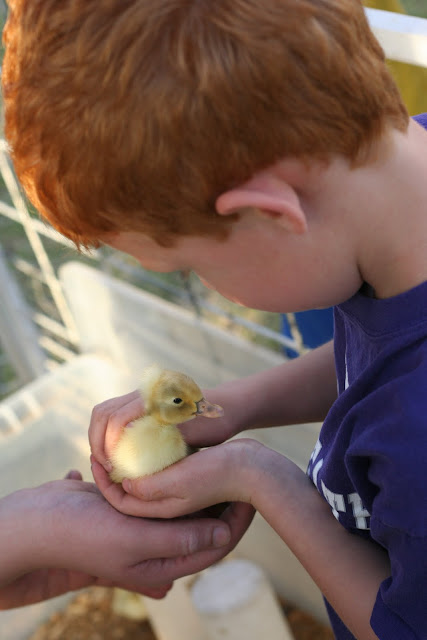 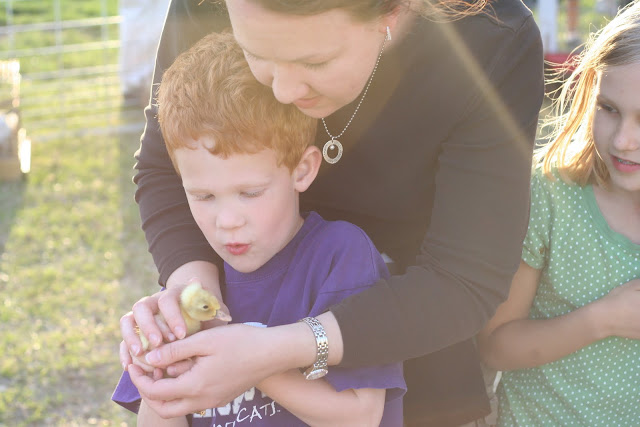 Just so I remember someday... the other set of hands in this picture belong to Donny, a former student of mine. He was determined to show my kids the proper way to hold a baby duck. Corey thought he was working at the petting zoo, but he wasn't. He was just super helpful. =) 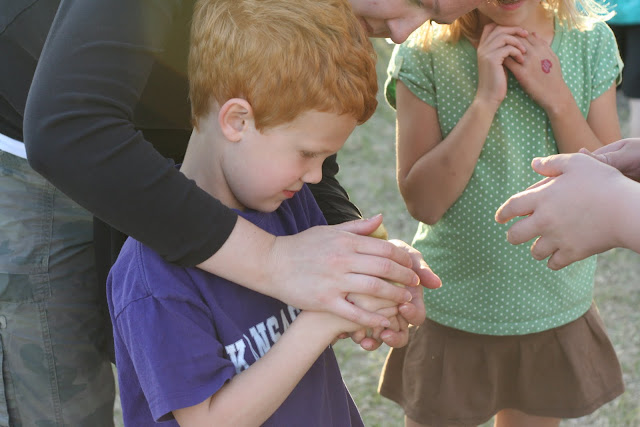 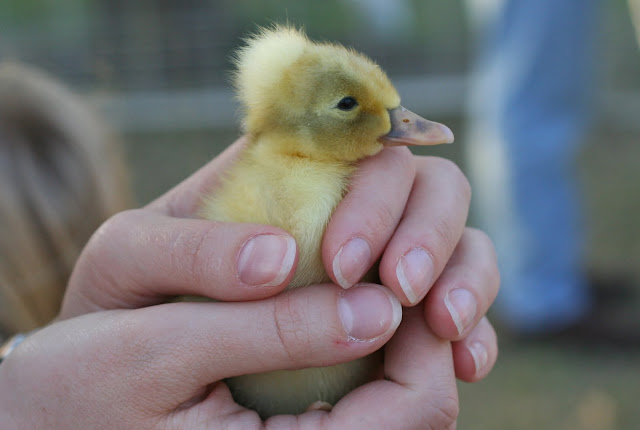 Gretchie wasn't too interested in the animals, but she had lots of fun climbing the fence! 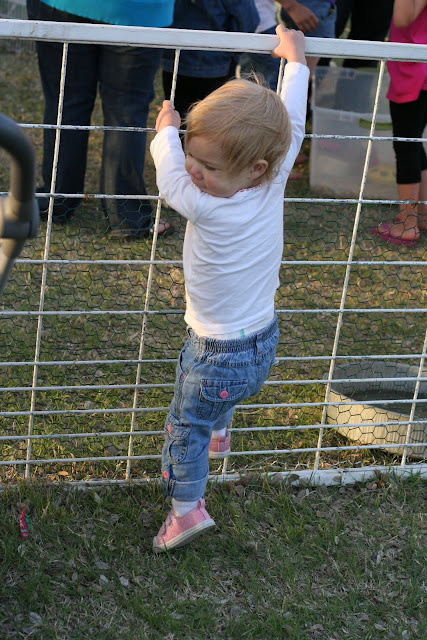 We ended our evening at "Twisted Cow," our new local version of Orange Leaf. The kids and I may have a new favorite place! My favorite memory of the evening was Gretchie running and wrapping herself around Russ's legs... even after she realized he wasn't her daddy! (See Russ?? She does like you!)  =)

*I love love love the shot of you and Lawson and the duckling and the sun and your necklace. :)

*The owner of Twist bought jewelry from me at the Barn Sale.

*We lived around the corn from the Apple Blossom festival for 7 years and never once made it over there. Sad!

That was a fun evening. I am glad we braved the strong crazy KS wind and ventured out. Thanks for coming along with us!