Corey was gone last weekend... the weather was beautiful... and everyone was getting a little stir crazy.
So I loaded up kids, bikes and the stroller and we drove across town to a museum with a fun walking/biking trail. 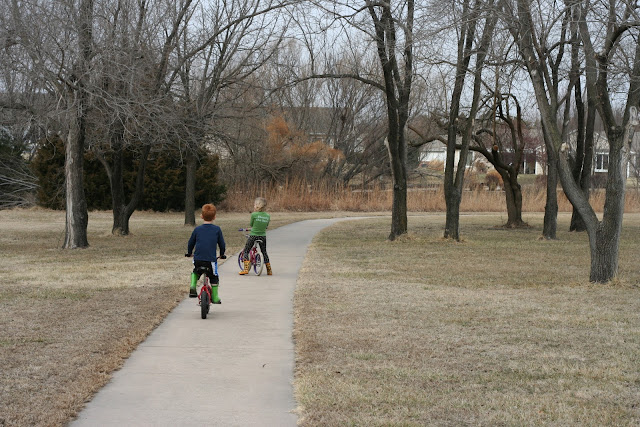 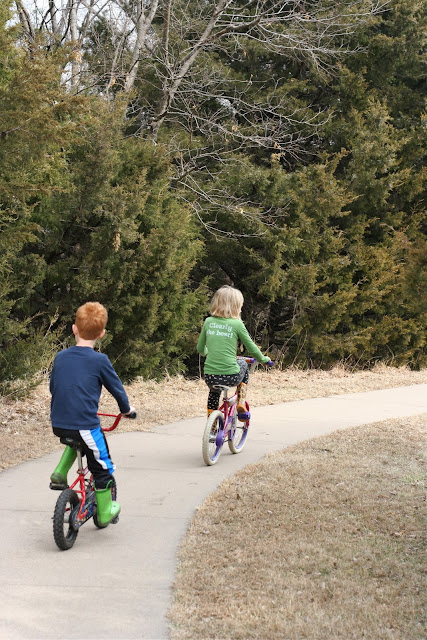 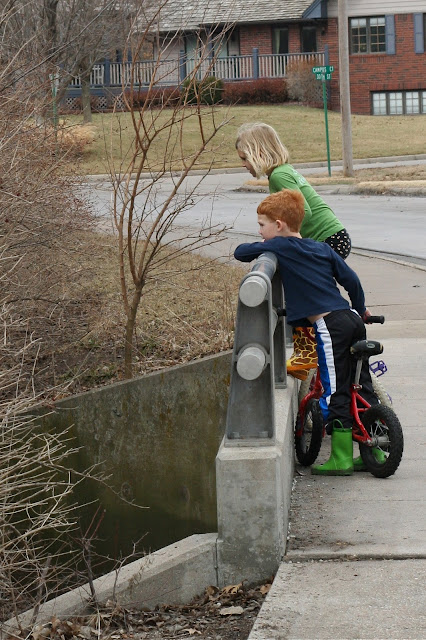 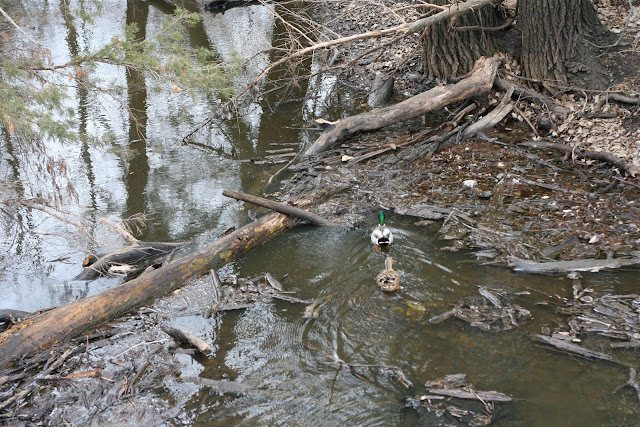 Lawson found a few treasures to bring home, including some of those giant bean/seed pod things. 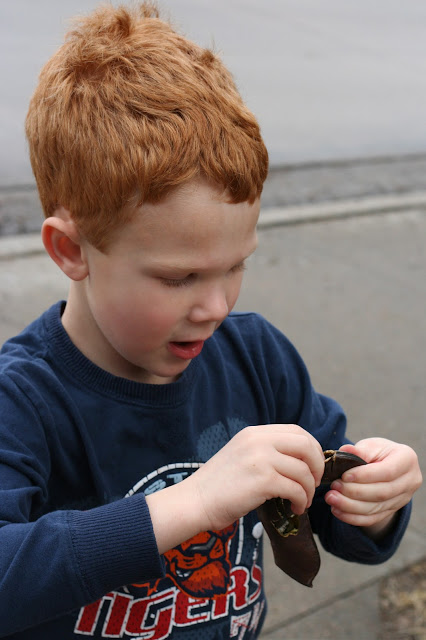 Lots of energy was burned! (Which may have been mommy's whole reason for taking them there...) 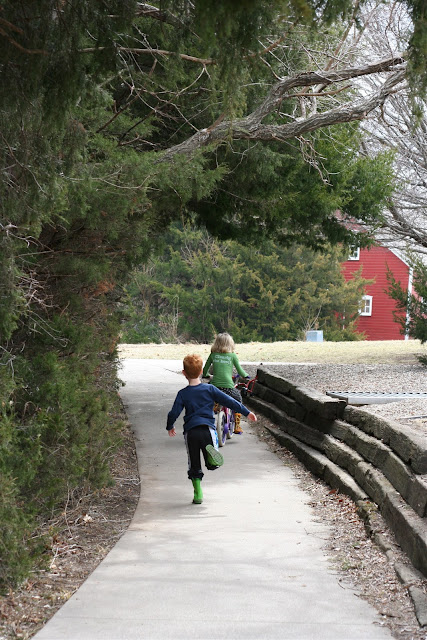 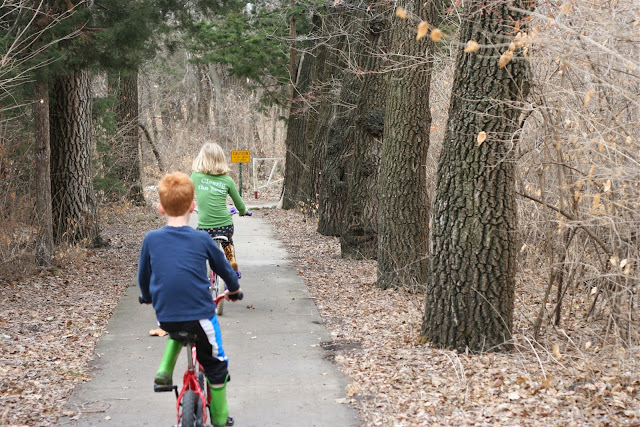 We had made two laps around the trail and the kids wanted to go for a third. I was too tired. (I am in amazing shape, let me tell you.) So I told them they could play in the creek for awhile. (I had planned ahead and had them wear their rainboots, just in case.) 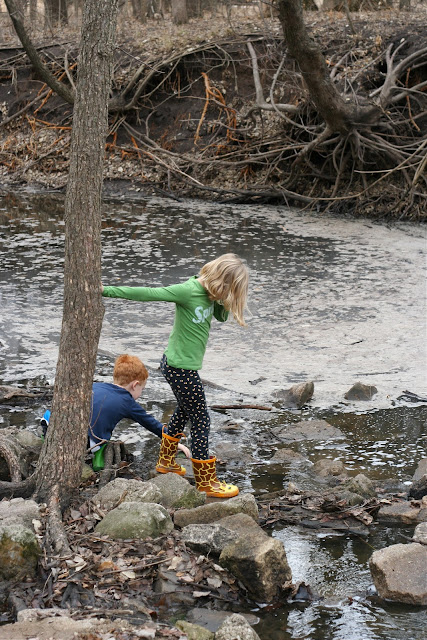 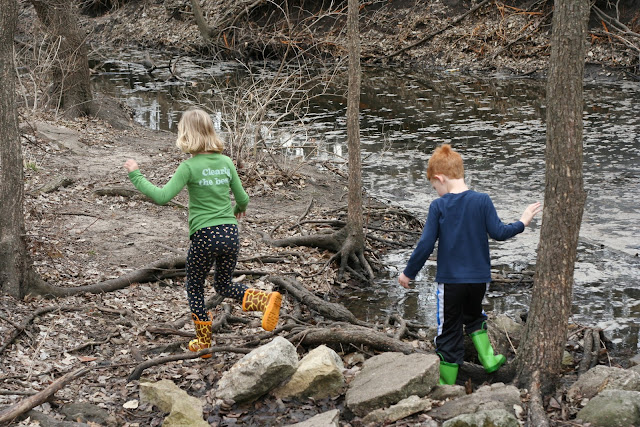 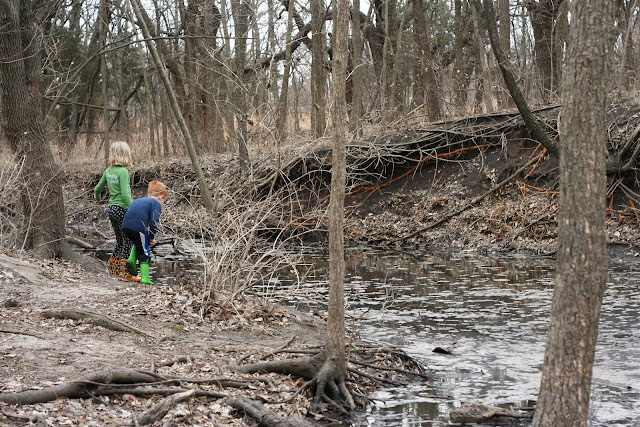 Someone really wanted to get out of her stroller and join them... 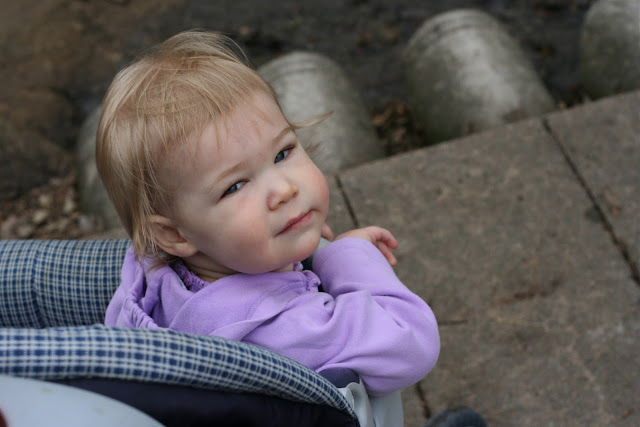 but I managed to bribe her with a princess sippy cup and some juice. 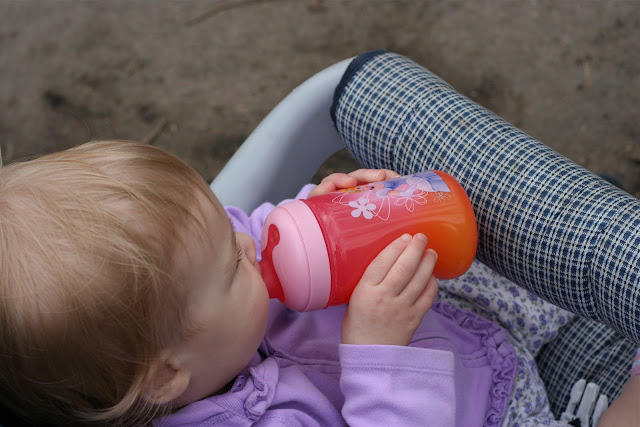 A friend came running by (darn friends who actually exercise...) and thought I was doing a little photo shoot with them. Yes... because we clearly wore our best clothes for this little adventure... 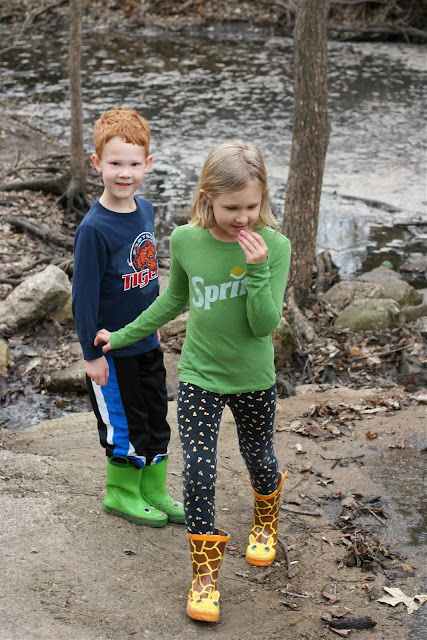 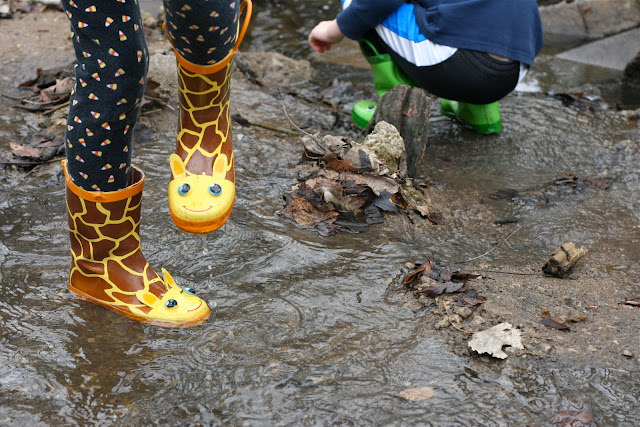 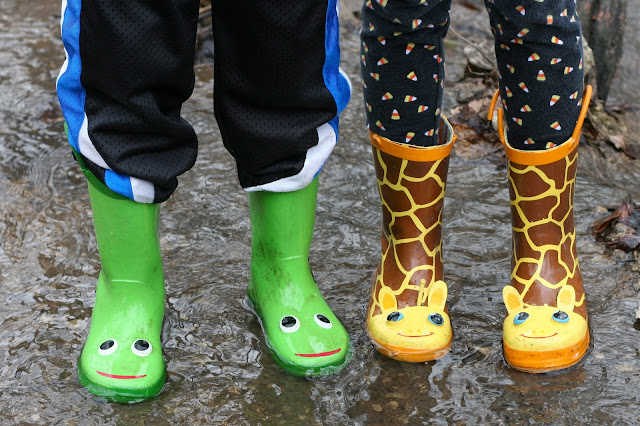 Not dressed for a photo shoot, but still super cute... 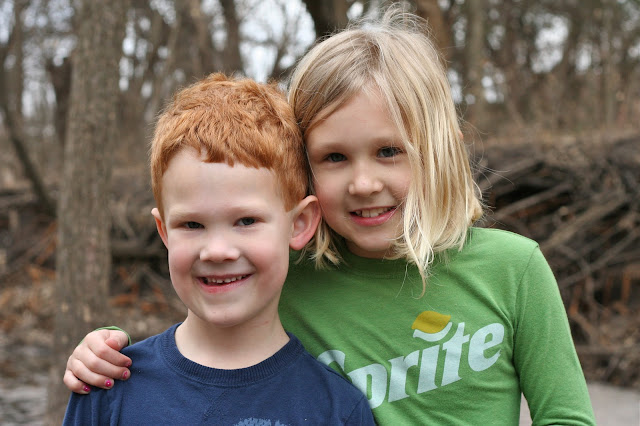 This little miss is pretty cute, too. 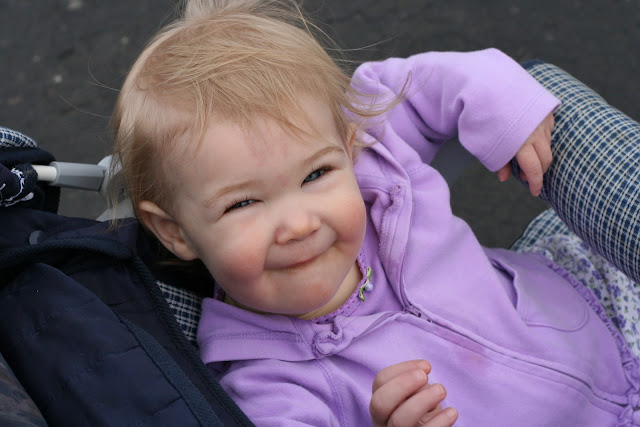 I put on Facebook later that day "I let the kids play in a creek today (the big ones, anyway) and felt like a good mommy." They both said it was one of the best days ever. Sometimes it's so easy to make them happy. I need to try for more "best days ever."
Posted by Amy at 11:19 AM

The photo shoot comment made me about spit out my drink. They did look cute though! :)

Looks like so much fun. You are a great mommy!

Ahhh, that trail brings back so many fond memories! LOTS of walks taken there in college...and was also proposed to along that path. :) Good times!

We love that trail, we actually did have our family pics taken there a year and a half ago, some of the best yet. It's a great place to burn off energy, and have a picnic lunch :)

Isn't it amazing how great making your kids' day feels - especially when it's so simple. If only we had the energy and time to do that every day :)

You are a cool mom, way to go!!! Love them rain boots...those are cool too!

Nice shirt Sophie has on there. It wouldn't have happened to come from a certain consignment sale, would it?

love love love the boots!! :) so very cute! what a great mom you are to make such good memories for your kiddos!!!!