My Norwex business has been a blessing to our family in so many ways. One of the biggest blessings this year was this... a trip to Hawaii. There were 4 Levels to be earned and I earned Level 1... just the trip for me. We still had to pay for plane tickets and for Corey to come along, but we decided to make the investment in our marriage and go for it. So, so glad we did! =) 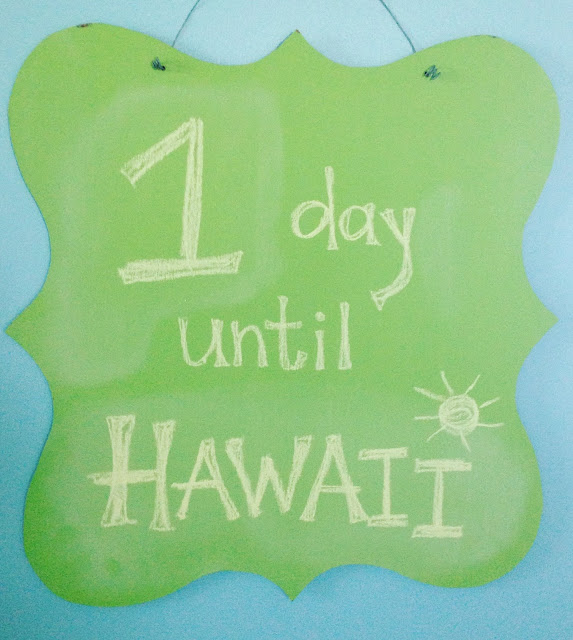 So, so thankful for grandmas that were willing to step in and take care of the kids for a week. My mom did the first half of the week and Corey's mom did the second half. We couldn't have done it without them! 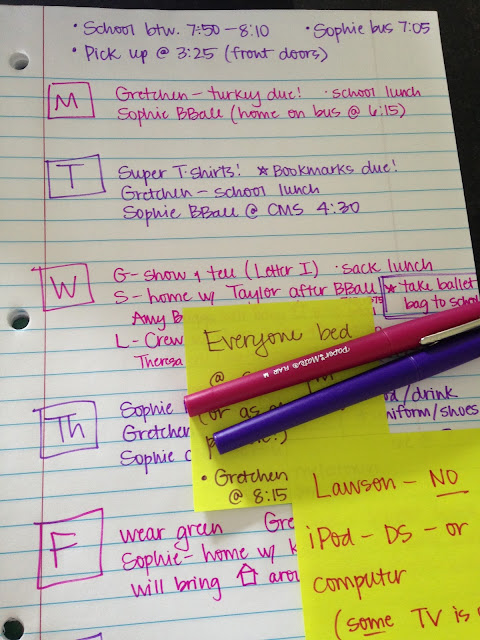 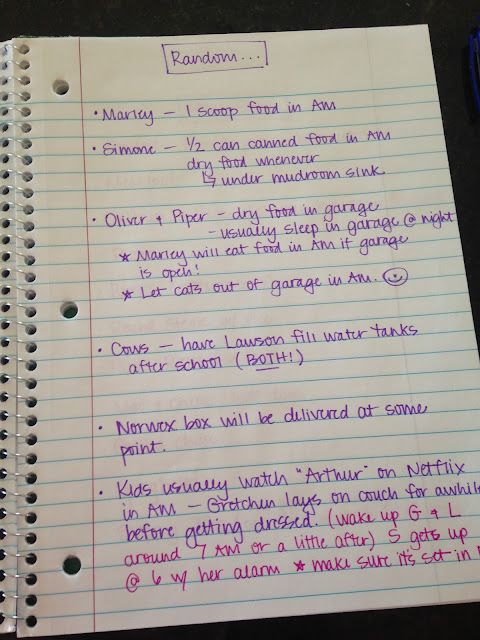 I sent this picture to some friends Sunday afternoon, saying, "Seriously. What is wrong with me?!" We were leaving in a few hours. And I had packed nothing for myself. 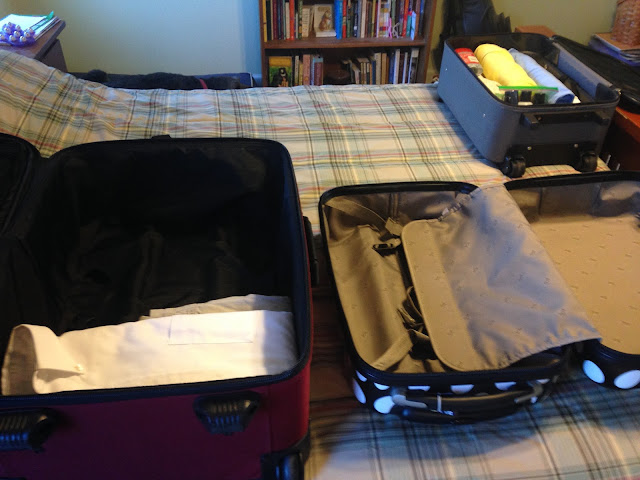 But, like everything... I do some of my best work at the last minute. 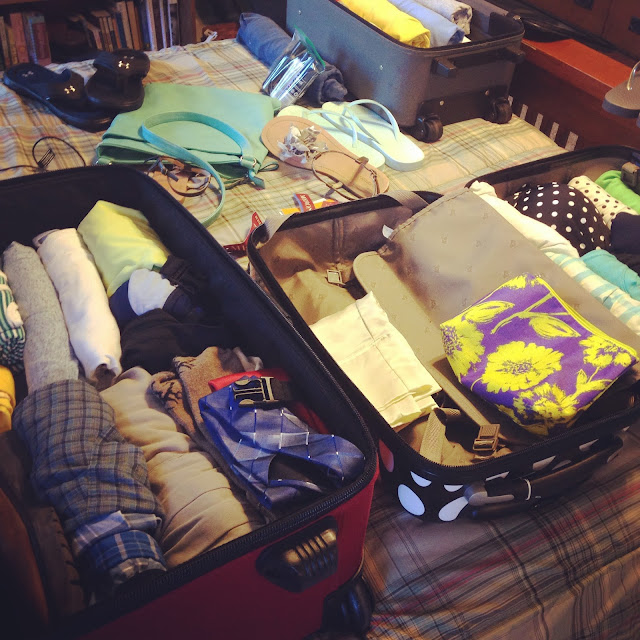 On the road to Kansas City at 5:47 pm! We had to be at the airport at 5:30 am, so we decided to go down the night before and stay in a hotel. We had really good intentions of going to bed early, but the Royals winning the World Series kept us up way later than we planned! It ended up being a really short night! 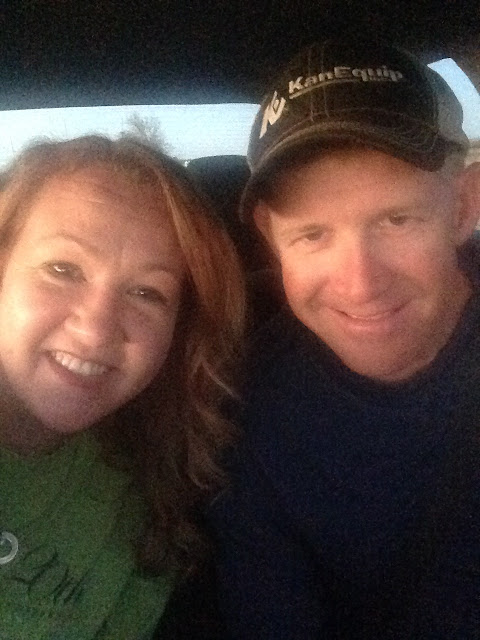 We got to the airport at 5:30 am and were boarded and on our plane for a 6:30 departure. Until they made the announcement that there was a tire that needed changed... everyone needed to get off the plane and wait an hour and a half while they did that. At this point we were still praying we would make our connecting flight in Dallas at 10:40. 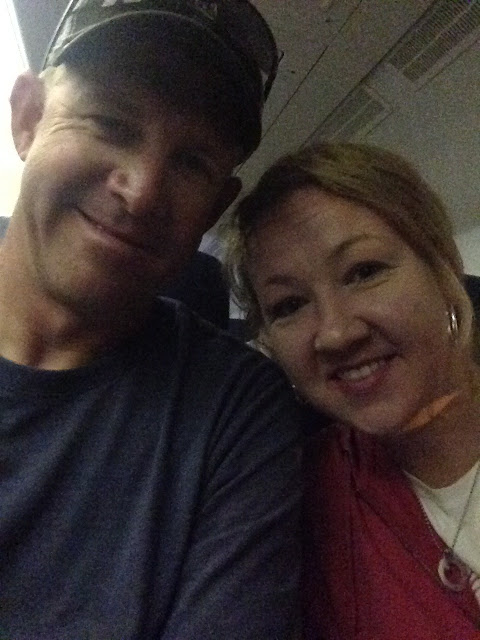 Unfortunately, our flight got delayed again... and again. There was no way we were going to make our Dallas flight. We were given two options, Chicago or Seattle... neither one of them headed in right direction. We spent 7 hours hanging out in the airport and ended up on a 12:30 flight out of KC to Chicago, then a flight to LA, and from LA to Honolulu. We were still going to get to Hawaii that day, but 8 hours later than we planned. Not exactly a fantastic start to our trip. 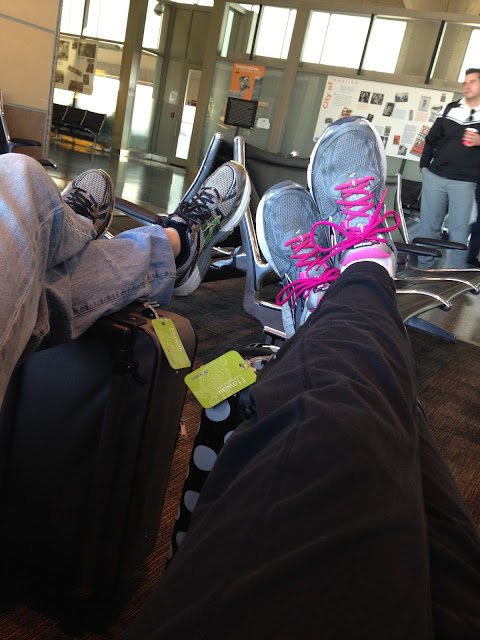 I felt a little better, though, after seeing this post from another Norwex consultant. At least we were still getting to Hawaii that day. It was a good reminder that God always has a plan. 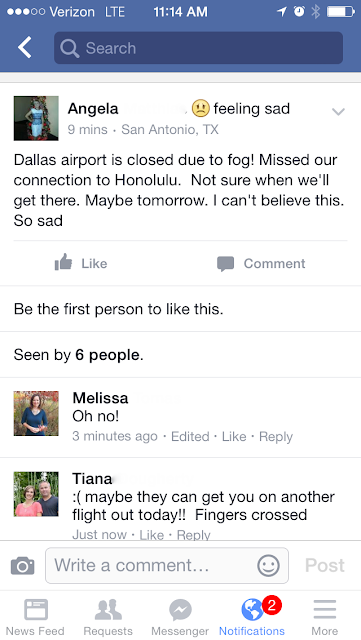 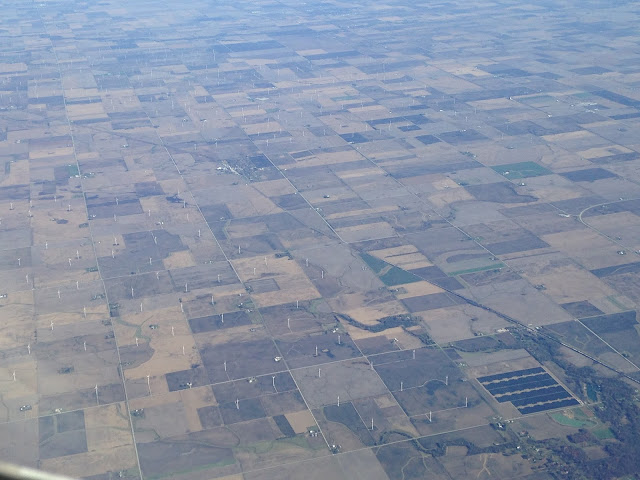 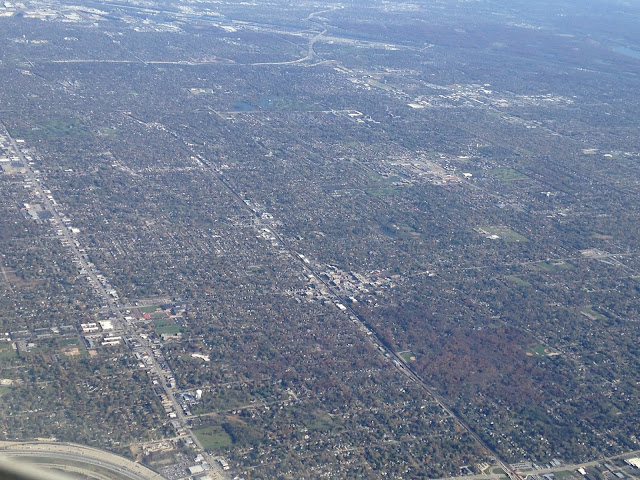 We weren't sure if our checked bag was going to make it to Hawaii after all these flight changes. We were pretty happy to see our red suitcase being loaded onto our flight to LA! We would have all our luggage! =) 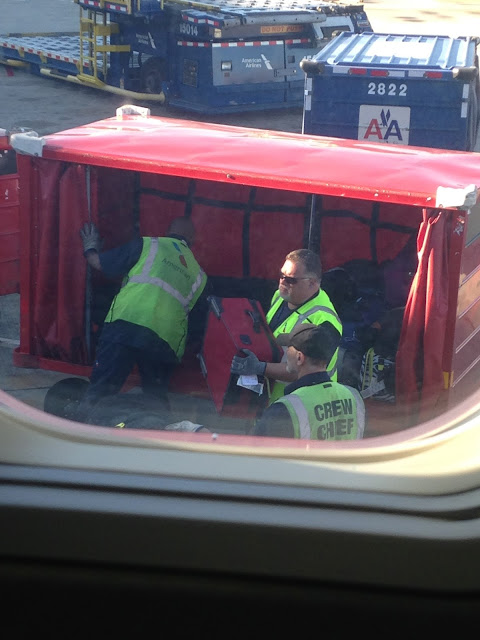 One bright spot in our day... our flight from Chicago to LAX was first class! We were pretty okay with that little change! (Hello, leg room!) =) 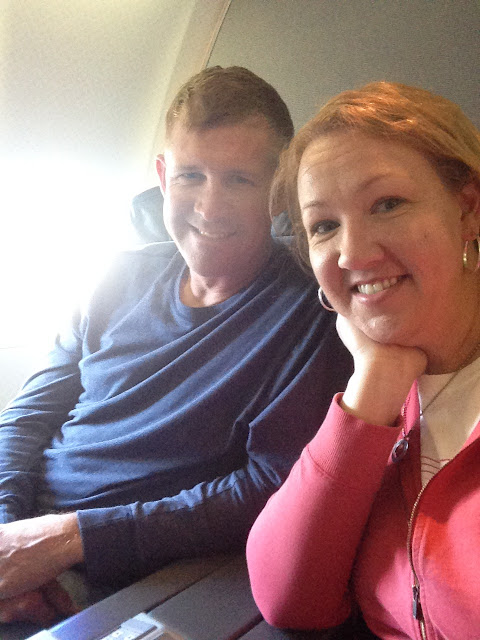 Hot towels... warm nuts... free drinks... we decided we could definitely get used to first class! 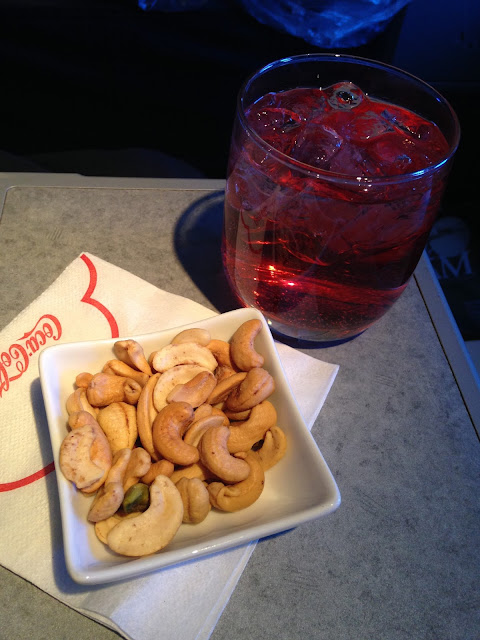 If we had been sitting a few rows back (in our original seats) we could have bought a sandwich for $10 and a can of Pringles for $4. This free meal was another happy surprise! 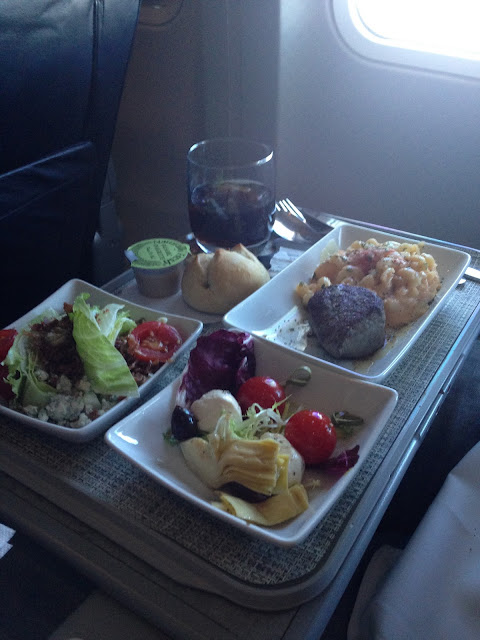 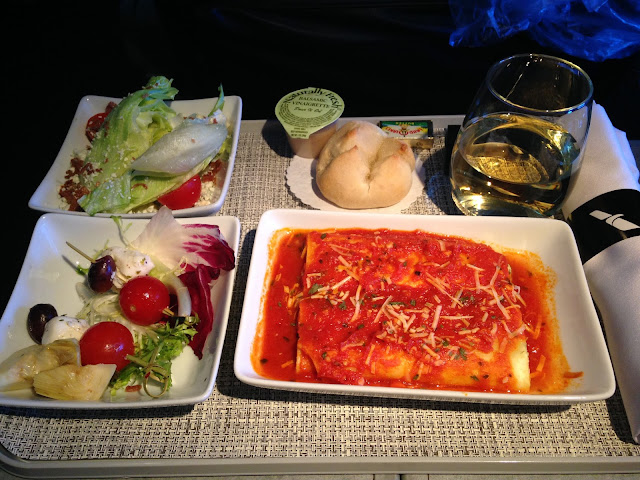 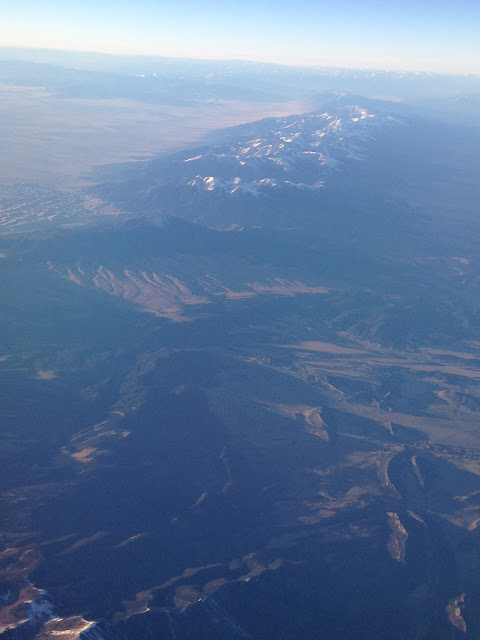 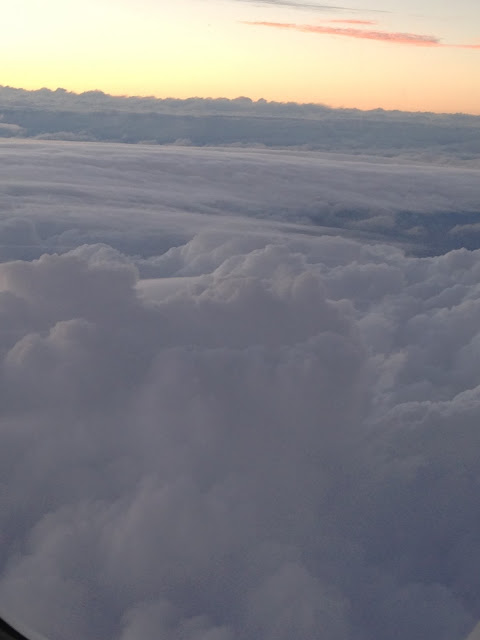 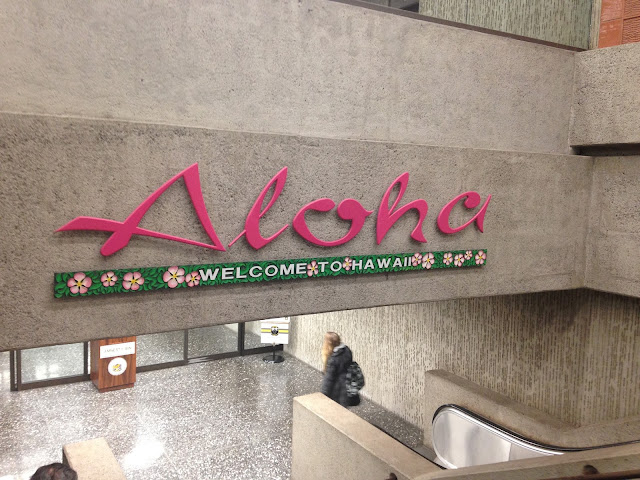 Norwex had arranged for transportation for us (and then rearranged ours once our flights were changed.) This man was waiting with a sign with our names on it. He led us to his car, gave us bottles of water, and drove us straight to the hotel. We were so grateful! 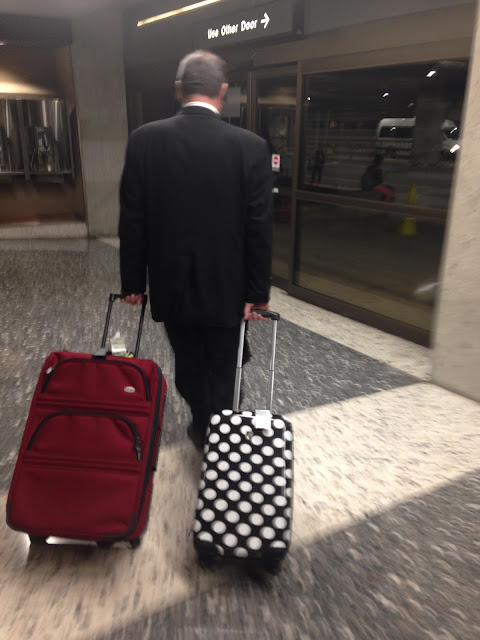 We walked to the beach and stood in the ocean. At midnight. And then went to bed. Because we had started this journey 25 hours ago... #makingmemories #sotired 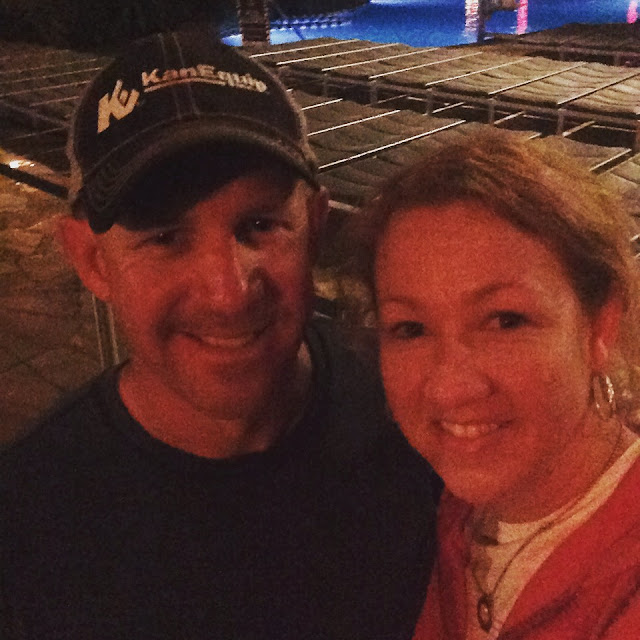 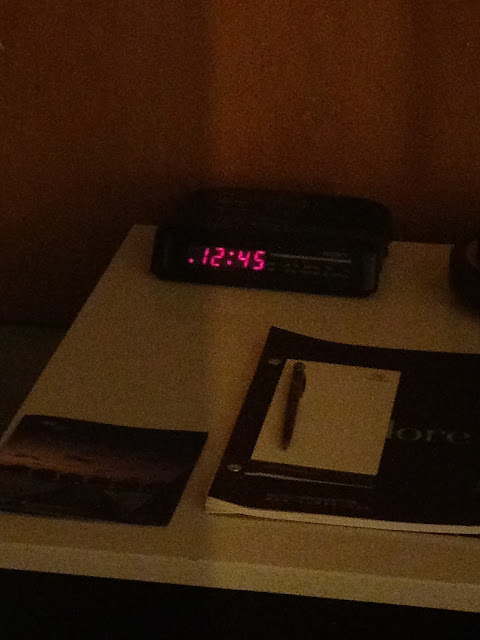