We've had crazy amounts of rain here the past month. Too much rain.
One night it came down crazy hard. Like 4 inches in a couple hours.
We realized after a few hours that the sump pump hadn't ever kicked on.
Corey got it going, but we were too late.
Gretchen was floating back and forth between the craft room and her room and that night she chose the craft room. So the following night when she went downstairs to get pajamas, she came back up saying, "Momma... my floor's kind of wet." Um... yeah. Just a little. I stepped in her room and water was immediately pooling between my toes. 3/4 of her room was that way. 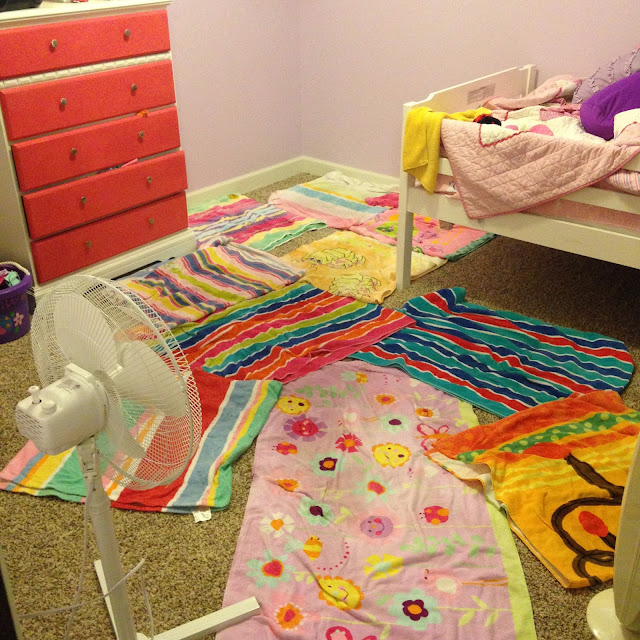 {"This is fun, mom! It's like we're at the beach!" Yeah... not so much, kid. Every single towel is SOAKED. #sumppumpproblems}

Of course Corey was gone for the evening. After the kids went to bed I spent some time on the phone with our insurance guy and a carpet cleaner guy. Not good news from the carpet guy. =( Corey got home and realized how bad the situation actually was. And at 10:30 pm, he and his brother were doing this... 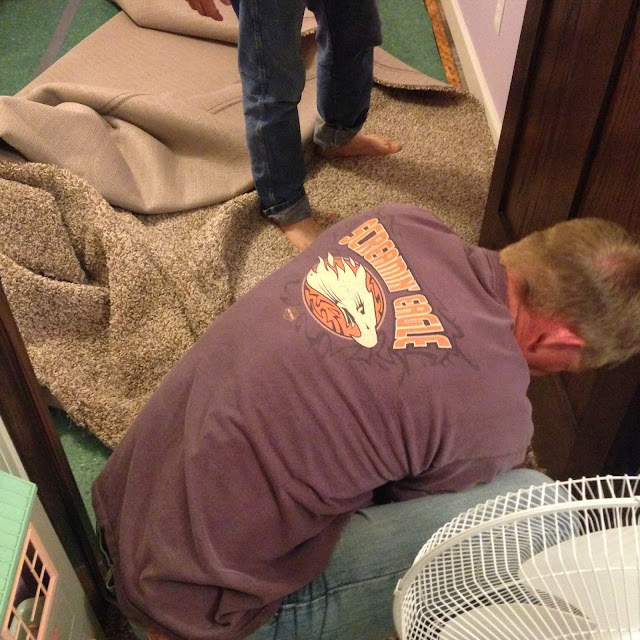 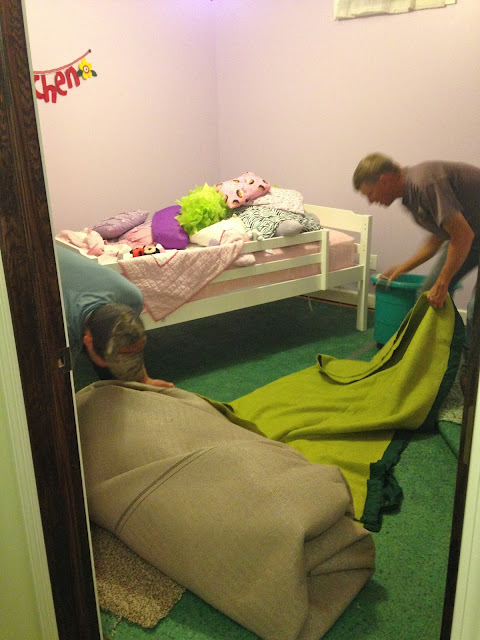 It was about this time he was *really* wishing we had built a house with a walk-out basement... 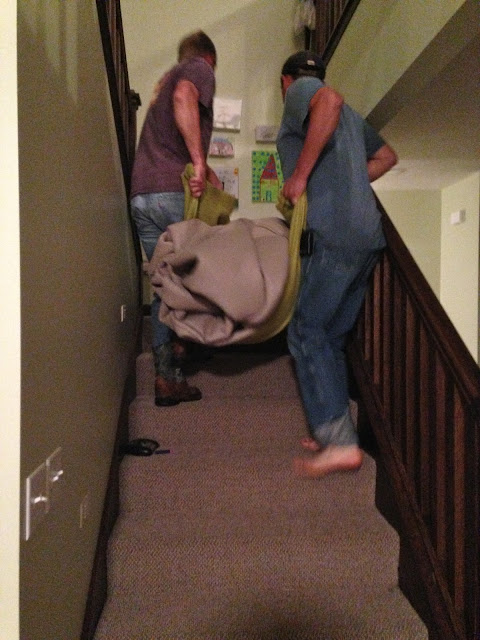 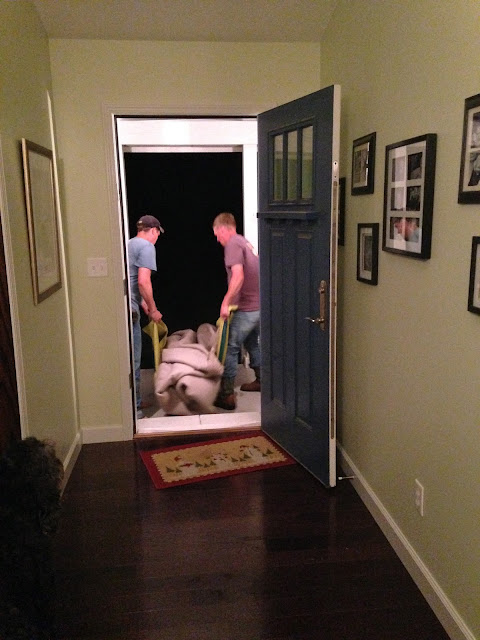 Why yes... that is a snowman doormat. In mid-May.
And it might still be there. In mid-June. 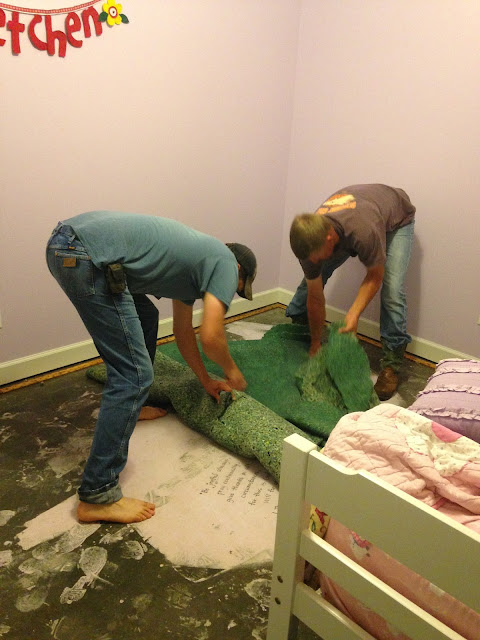 {Rather ironic to uncover Gretchen's verse on her floor tonight. "Be joyful always... Give thanks in all circumstances." #1thess5:16 #couldhavebeenworse} 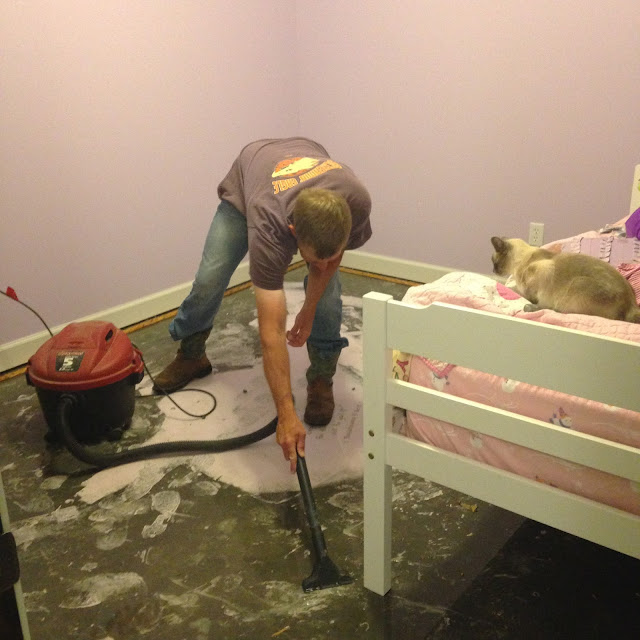 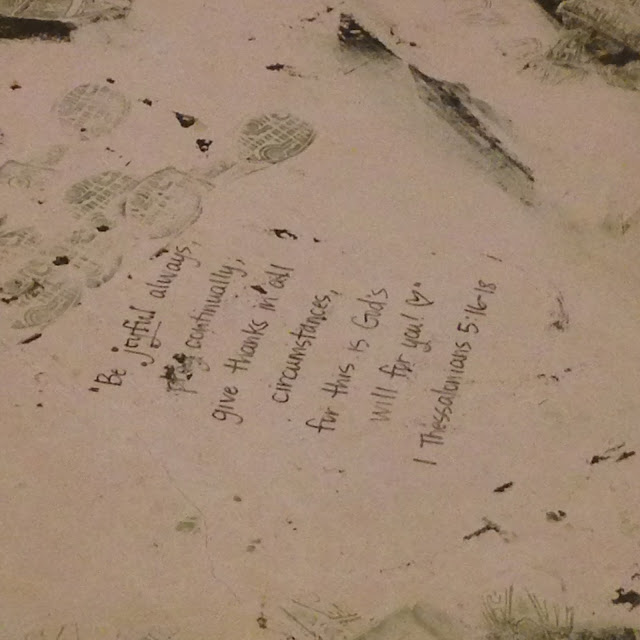 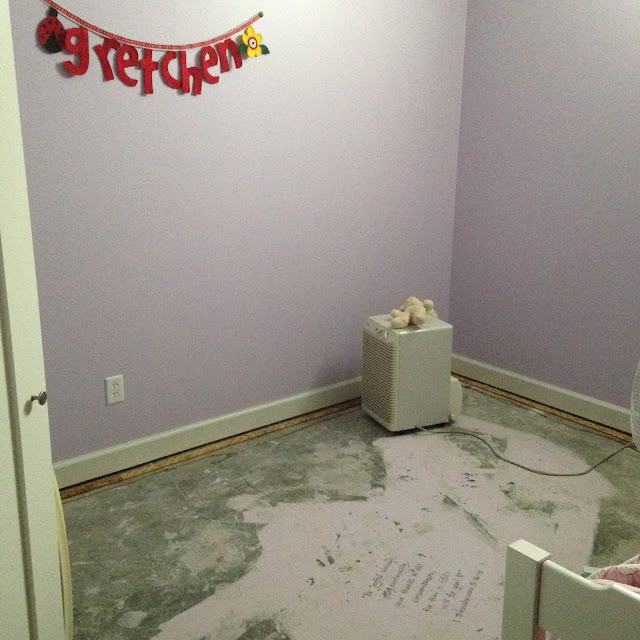 Thankfully it was just Gretchen's room.
And thankfully, the sheetrock wasn't damaged.
Tearing out carpet that was only a year and a half old wasn't my favorite, but it definitely could have been worse. 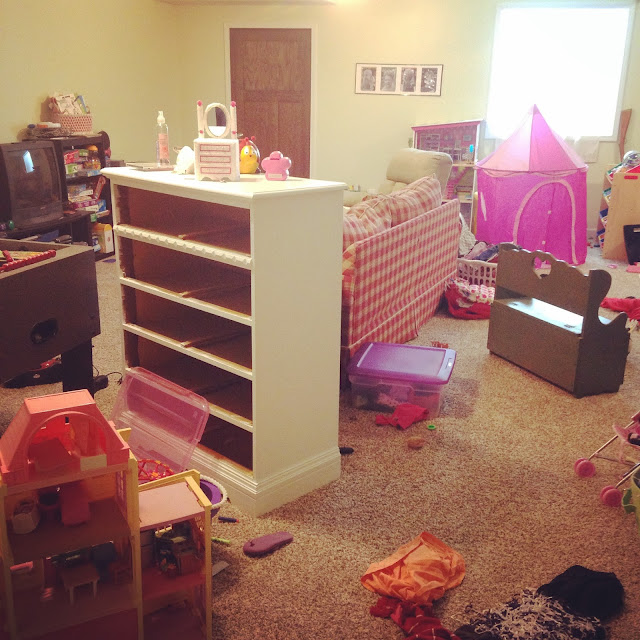 {Sophie: "Mom! Seriously. We look like hoarders!" Tried to remind her that having to empty Gretchen's room into the family room wasn't exactly part of our plan right now and we're just going to have to make the best of it. She still thinks we're hoarders. #lifeisdramaticwhenyoure12}

A couple weeks and a few hundred dollars later... 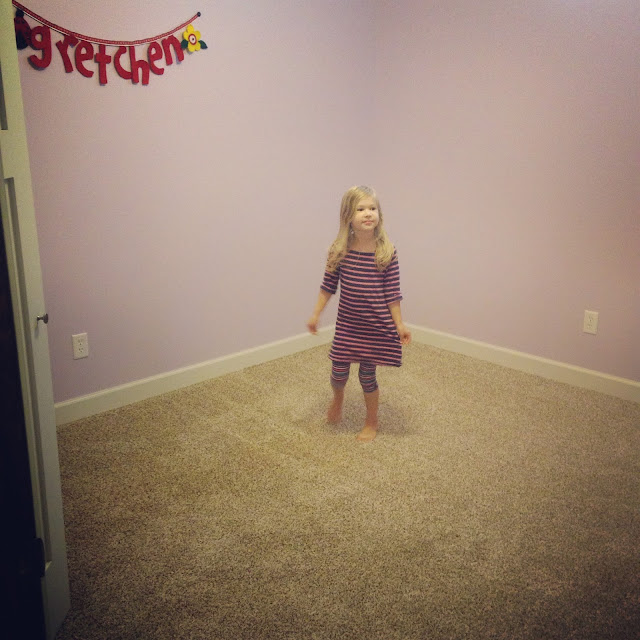 {New carpet! Fingers crossed that this stuff gets to stay longer than a year and a half! As much as I love the Bible verses on all our floors, I don't want to see any again! #sumppumpproblems}

Best comment that day came from Gretchen, right after I took this picture.
"It smells like lettuce in here." =)
Posted by Amy at 12:03 PM

I love her verse. So sorry you had to deal with that so soon after building. We had a pipe break in our first house and it was raining in our basement. It was awful so I can sympathize with you. Glad it's all repaired now. Thank goodness for insurance.