The weather waited until after school was out for our first big snowfall this year. (We did get a 2 hour late start on Friday, though, because of icy roads. One thing about having a school district that is 550 square miles... lots of buses and bus routes out on these country roads.)

The kids were so excited when they went and opened the back door before they went to bed last night... {This was right about the time that Corey got called out to work, too. He got there at 9:30 pm and got home at 11:30 this morning. I think his night was spent in a dump truck and a snowplow. He's headed in again at 2 am. I put on Facebook last night, "Not sure I like my guy being one of the guys that gets called out to work in weather like this..." I was pretty worried about him making the 14 mile drive into town.}

The kids were really impressed to wake up to a 10 inch drift of snow in front of the door this morning! 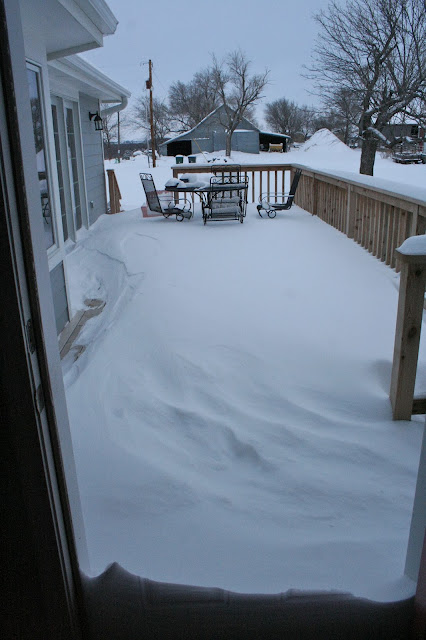 They headed out to feed Abe and then played around in the big drifts for awhile. 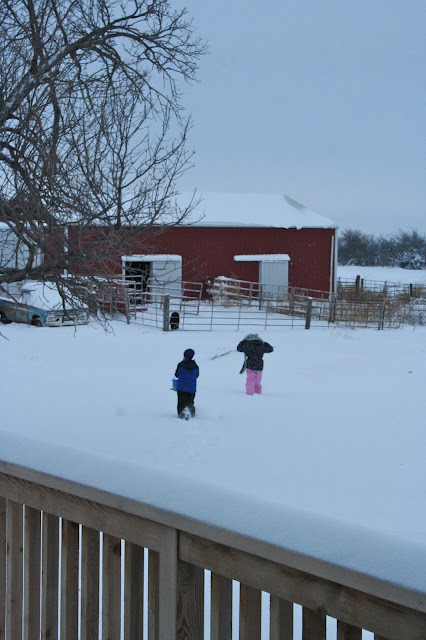 I was a good little farm wife this morning and headed out to check on all the cows. Or at least, their water. Both tanks have water heaters, but Corey still checks them to make sure they are full. (Lawson might have had to show me where one tank is...) I broke the ice in Abe's water bucket (no heater for him), and put up with him chewing on any article of clothing he could (my pants, my scarf, my coat...) and loved on him a little bit. (I might have asked Corey several times last night if he was *sure* Abe would be okay.)

Lawson and I stopped at the shed to get the snow shovels and then got a good workout for about an hour. 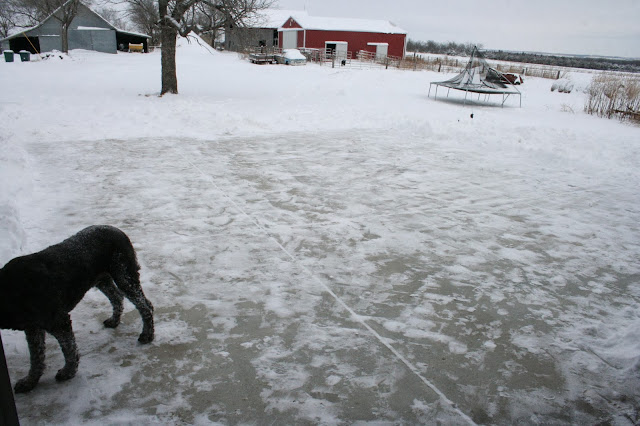 Guess I should have waited. My brother-in-law showed up later in the day with this... 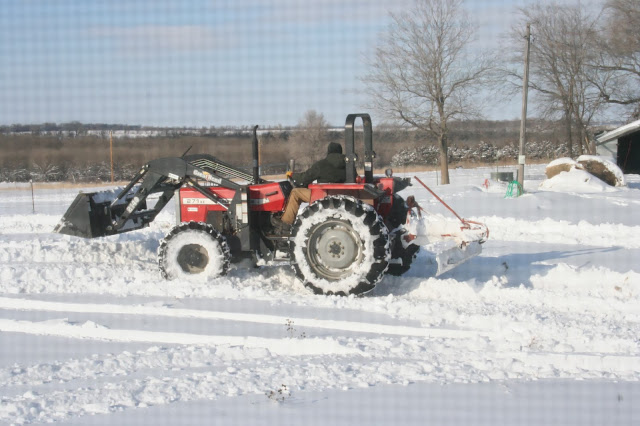 The kids were in and out a few times during the day. They found the pile from the hay grinder to be the best sledding. See that red on the top of the pile? That's their sled. 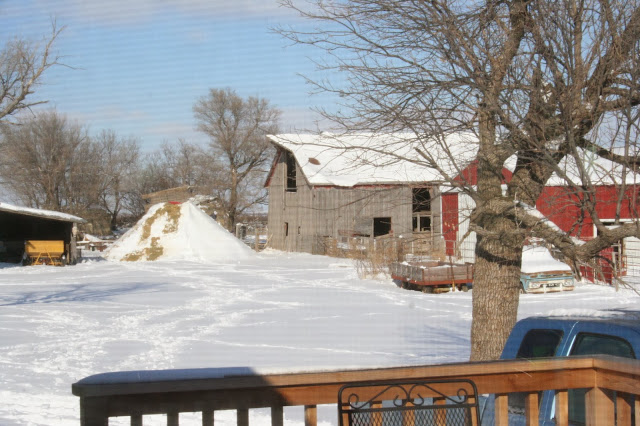 I did lots of picking up... addressing Christmas cards... laundry... and got a little crafty and finished a project I started a couple weekends ago... 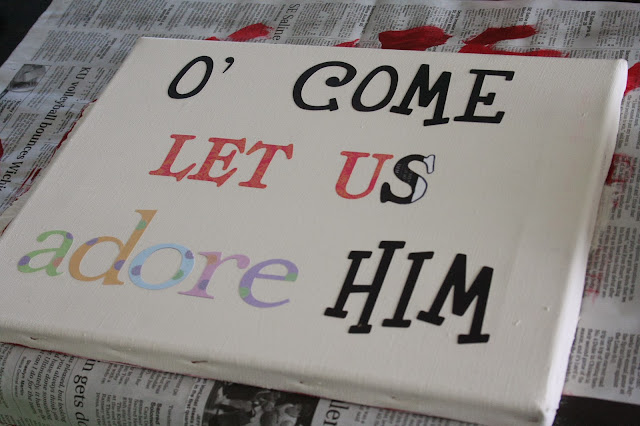 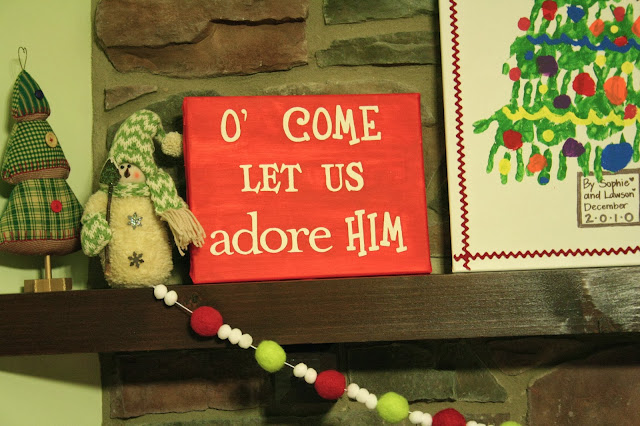 Next on the list is to do something fun with those JOY letters. Any suggestions? 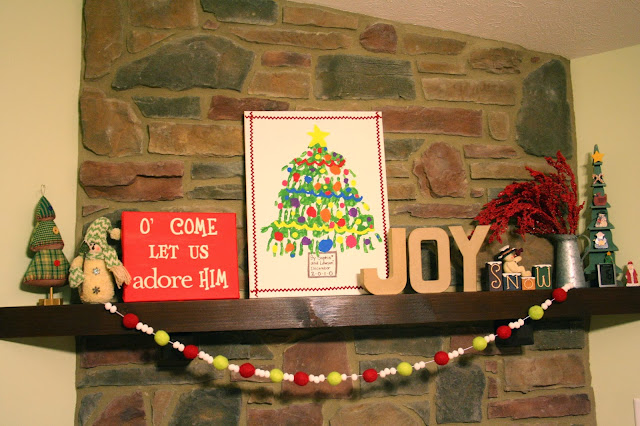 That's a lot of snow!! How about duct or washi tape for your JOY letters? My daughter LOVES that stuff! Merry Christmas sweet family!!