{It's been an exhausting week and for days I've been looking forward to sleeping late on Saturday. Instead... I left the house earlier than normal to come sit in a gym for hours with this girl. Good thing I like her.} 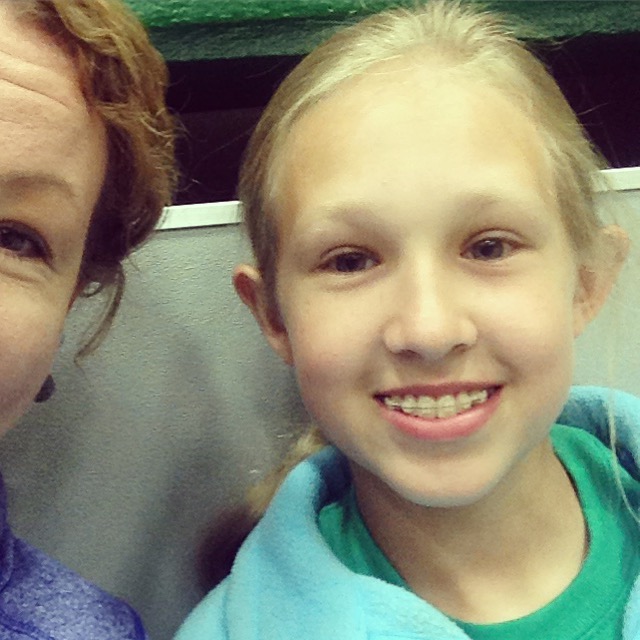 Sophie has a teacher/track coach that is really into weight lifting. He encouraged some of his middle schoolers to participate in the high school power lifting competition. It was one of those things I agreed to without really knowing that much about it. 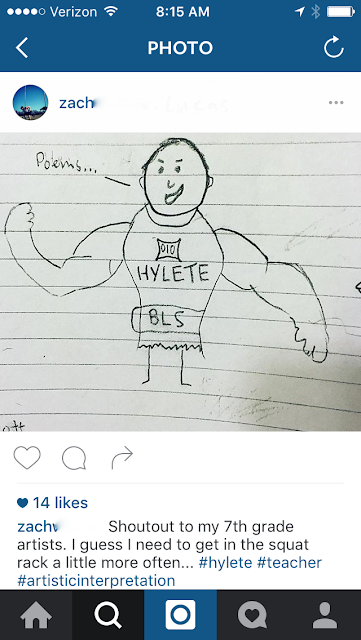 Her friends that were going to do it with her backed out (or their moms said no), so Sophie and I showed up early Saturday morning to this... basically a gym full of high school guys. There were 3 middle schoolers from her school. Her and two boys. 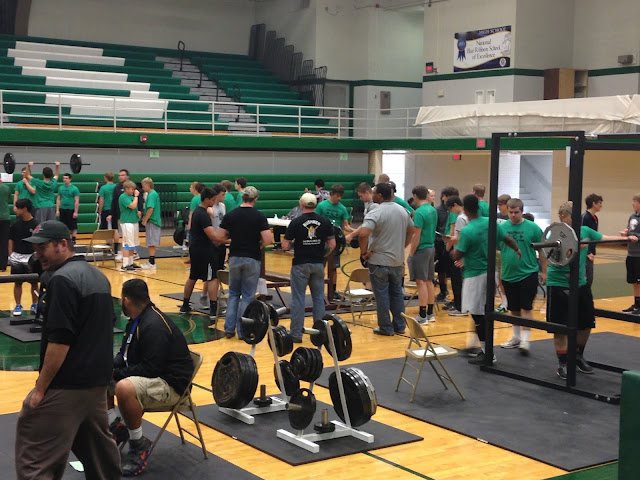 They rotated through 3 different stations: Clean, Bench Press and Back Squat. She was the littlest/lightest weight, so she had to go first in each station. She didn't love that! 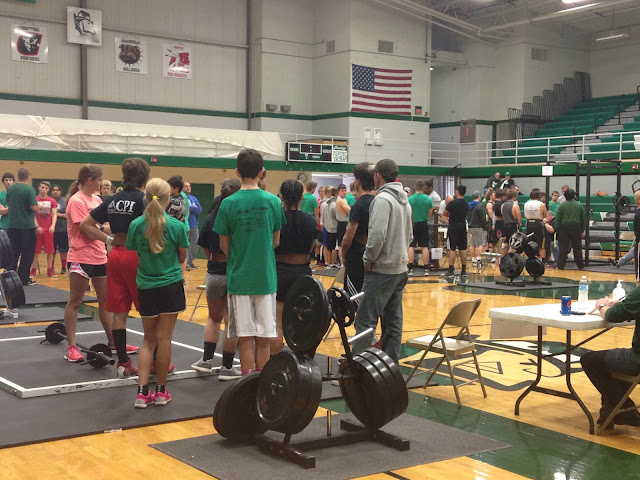 They had already turned in a starting weight, so after they did that, they would say how much they wanted added. They only got 3 turns total, so they had to be a little strategic in their amounts. She said afterwards she wished she would have pushed herself a little more on her first two stations. 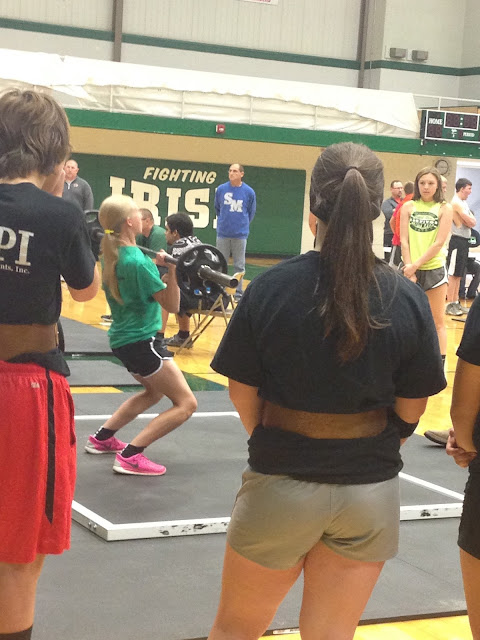 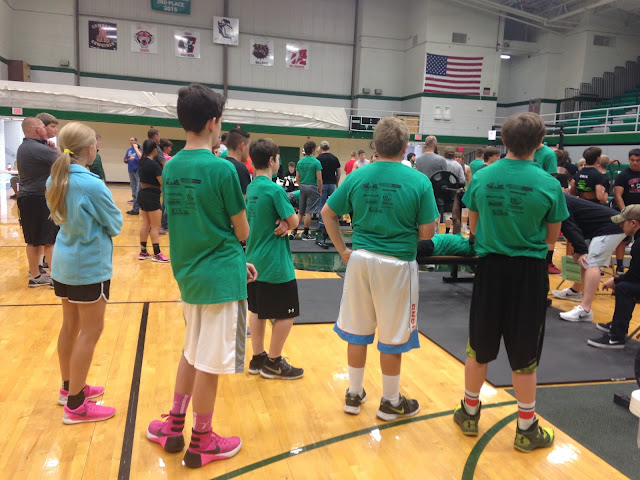 You had to wait for the officials to tell you when to lift and when to bench. Her first bench didn't count because she didn't wait for them to tell her to bench. 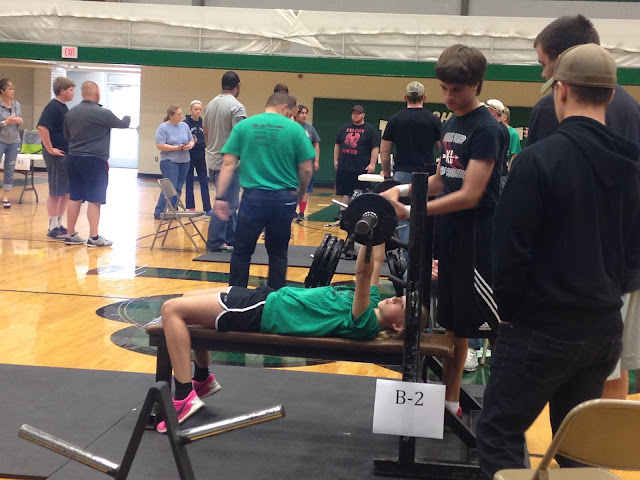 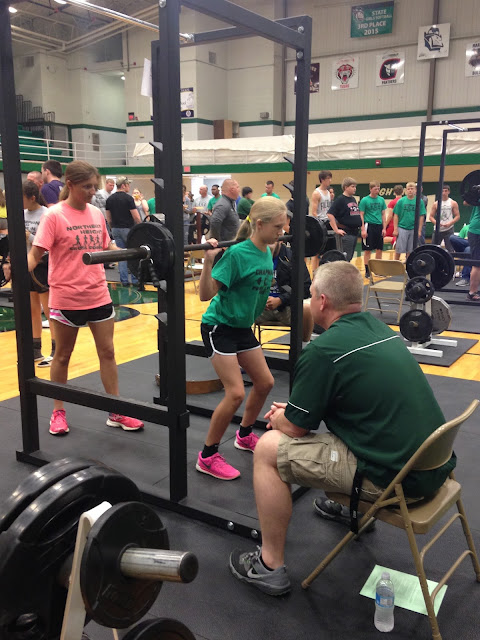 One of her coaches pushed her a little here and encouraged her to add more weight for her final squat. This was 95 pounds total. She had to work for it, but she got it! 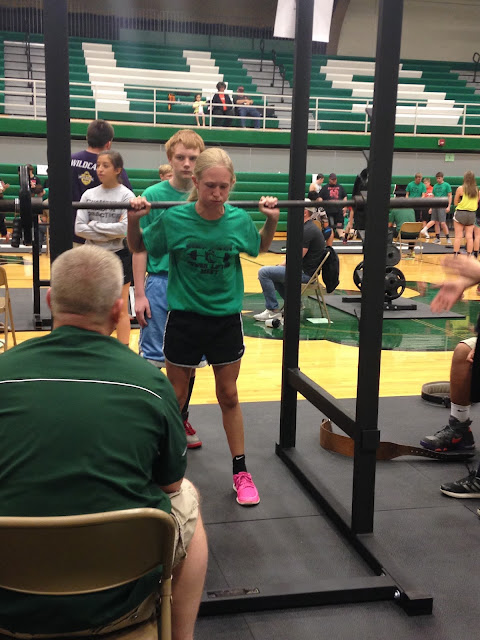 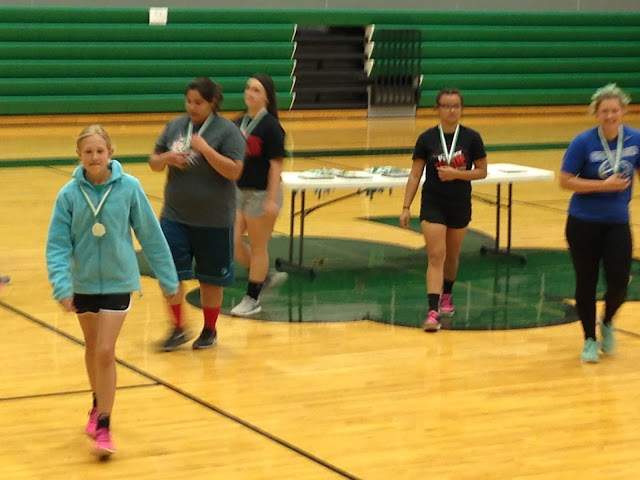 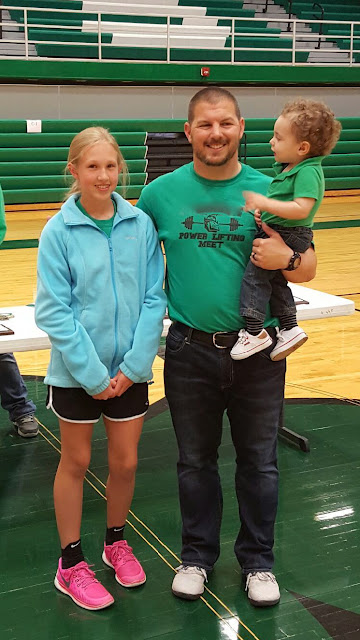