This was actually the end of November... some unexpected plans one Sunday afternoon. 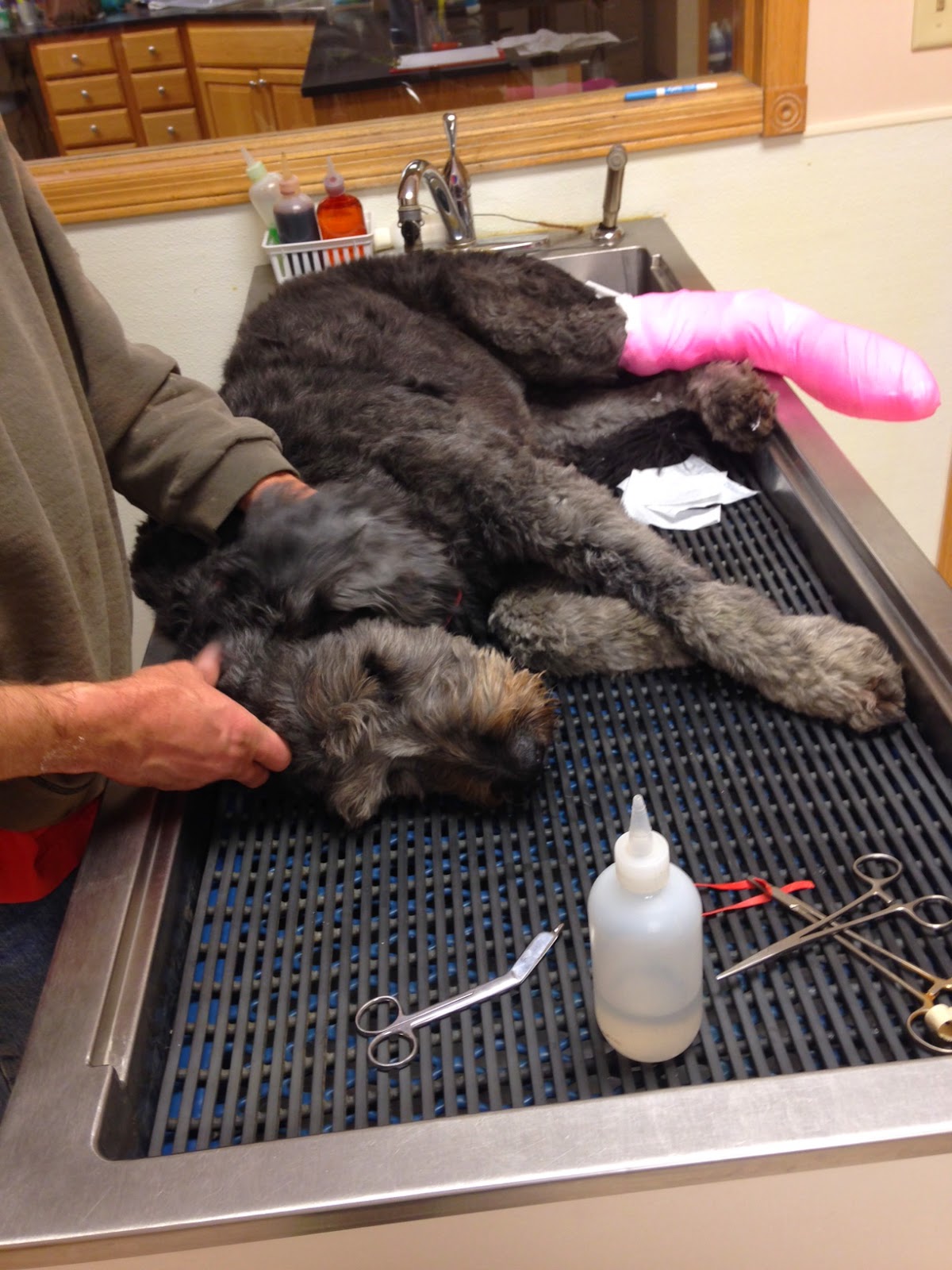 Corey was headed out to feed cows, hay bales were blocking his normal route through the drive, so he cut through the grassy area. He was focused on Gretchen and making sure she was far away from the truck, and totally missed Marley laying in the grass with her new bone. Yikes. 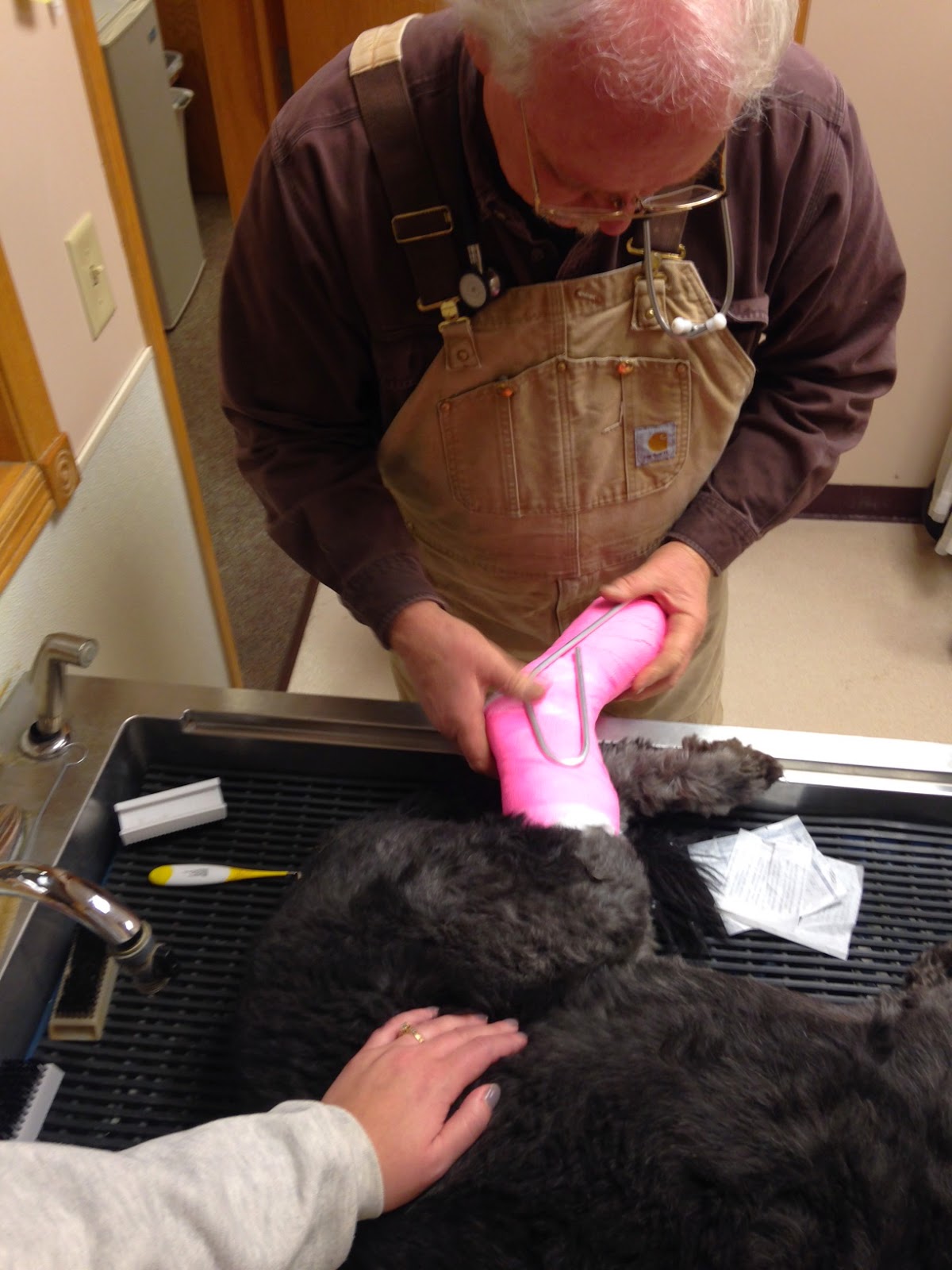 What could have ended up really, really bad... resulted in some badly broken toes (apparently the main weight bearing ones, right at the joint, really painful) and some internal bruising. She was really, really sore (and still limps around a bit) and had to spend a couple days hooked up to IV's, but it could have been so much worse. We're all kind of attached to this giant dog. 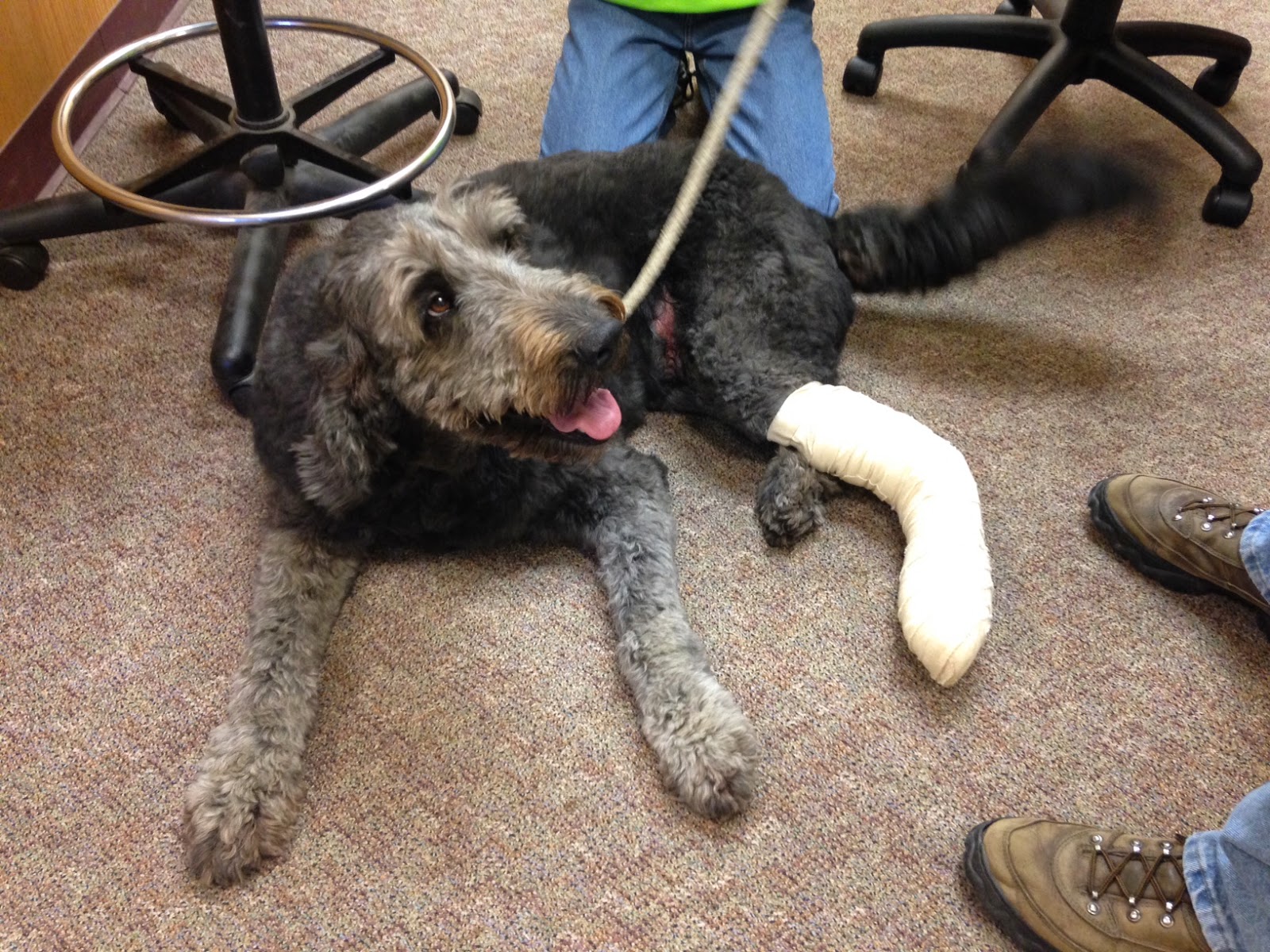 A para in Lawson's class sent me this picture one day. They were meeting with their kindergarten book buddies. So sweet. =) 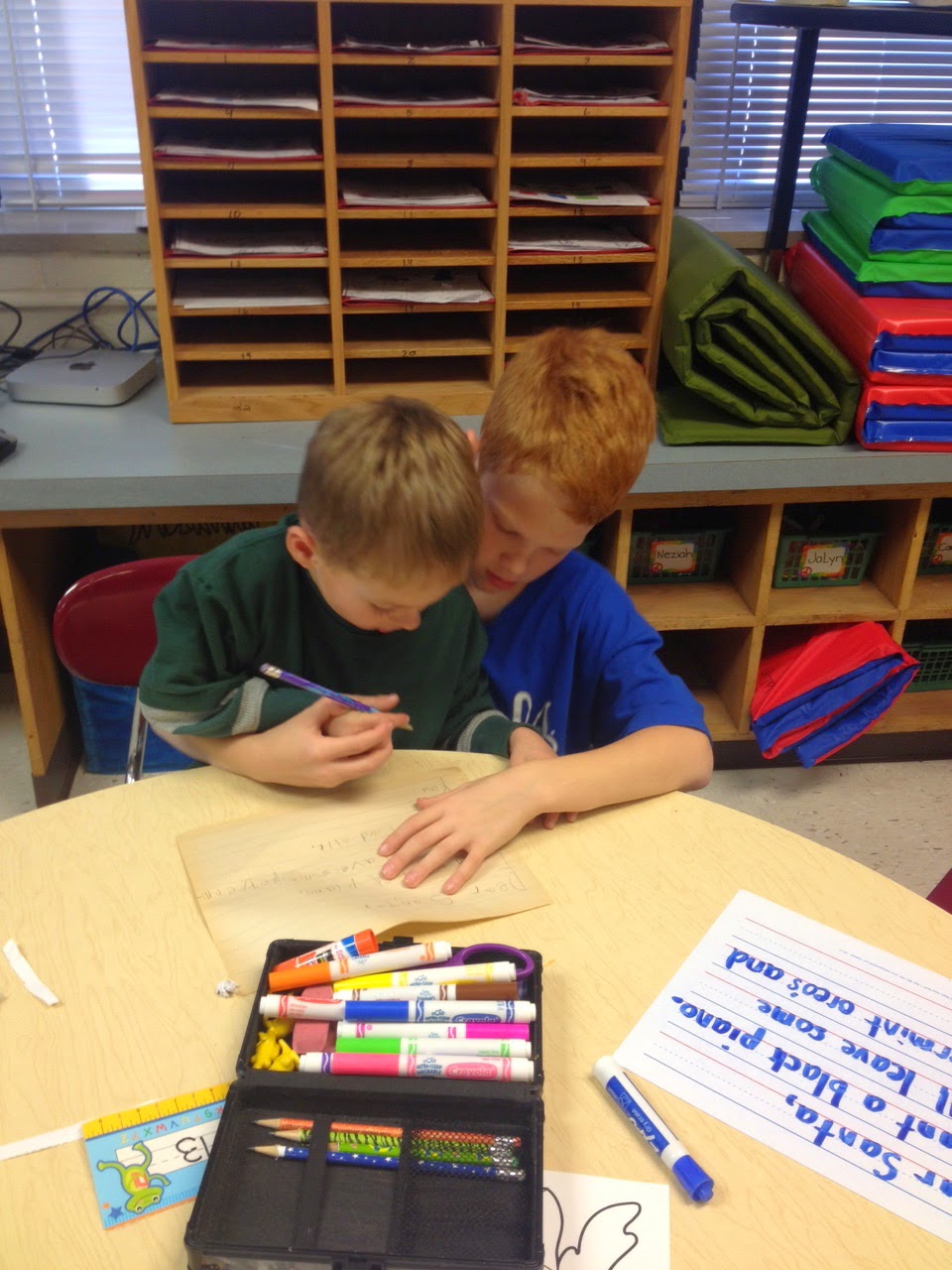 Corey and I were in the church nursery a couple weeks ago. Apparently I looked *really* hungry. 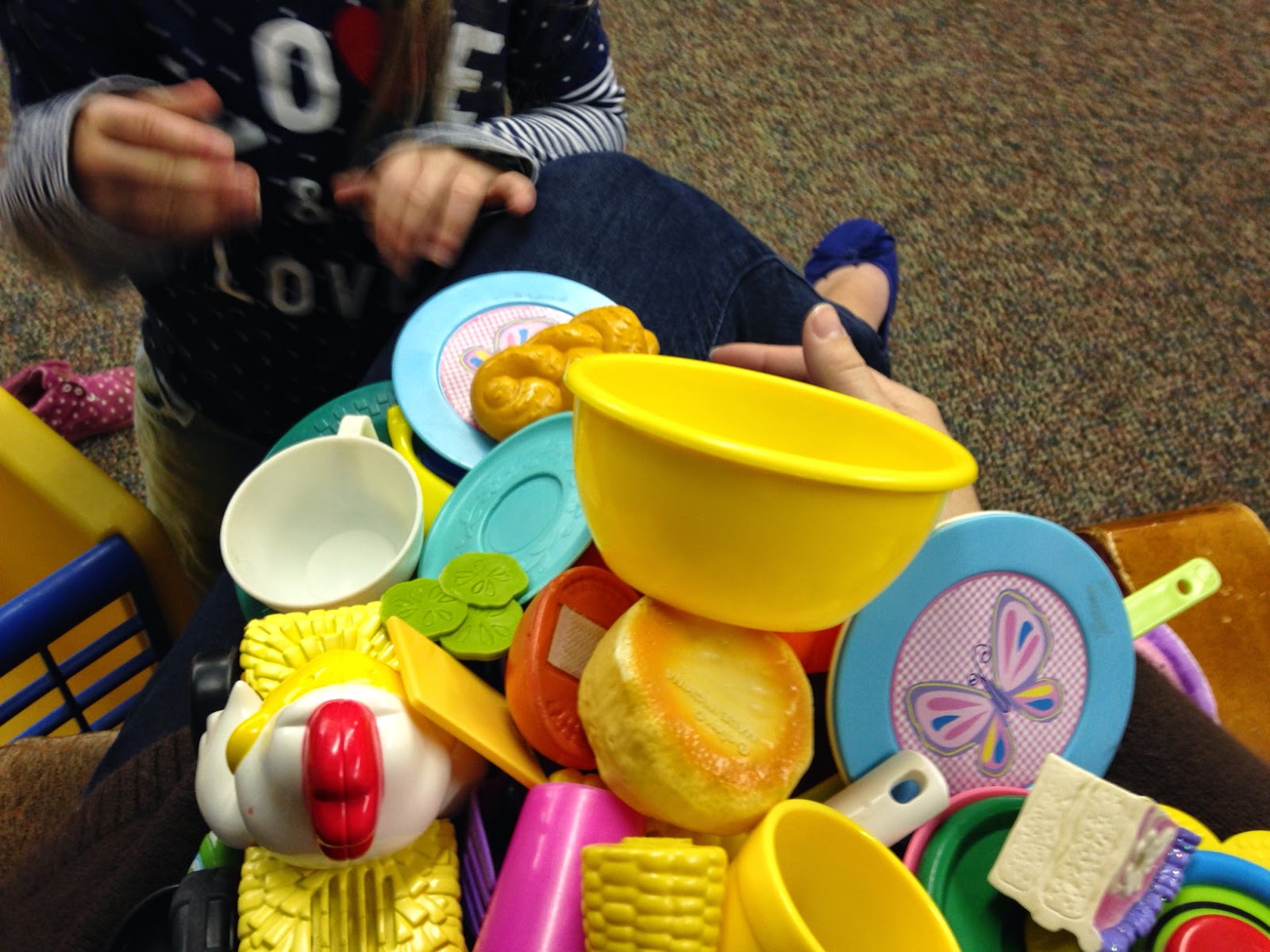 Pretty sure they were hanging on his every word... 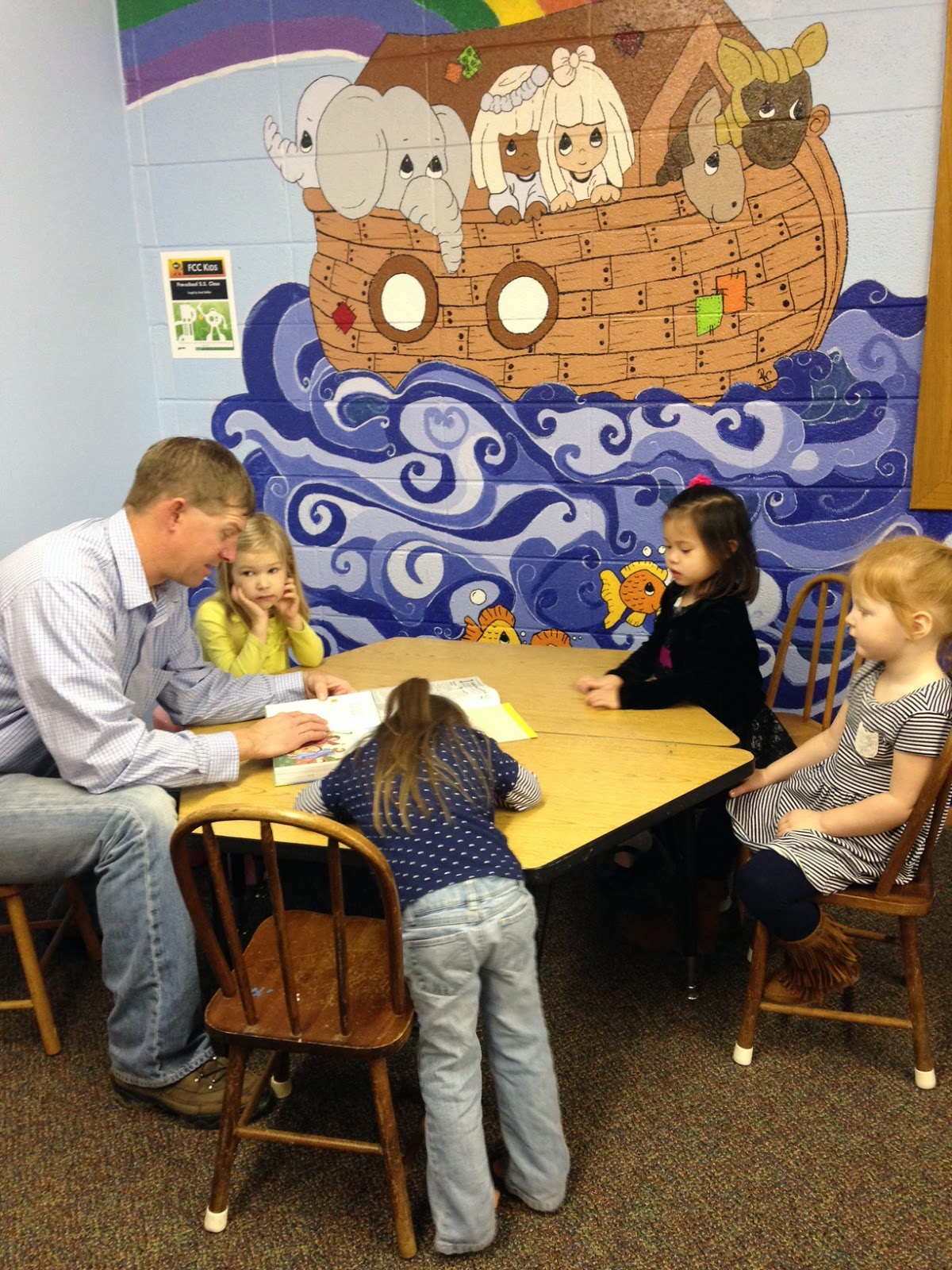 He did the lesson, since I was busy doing this... 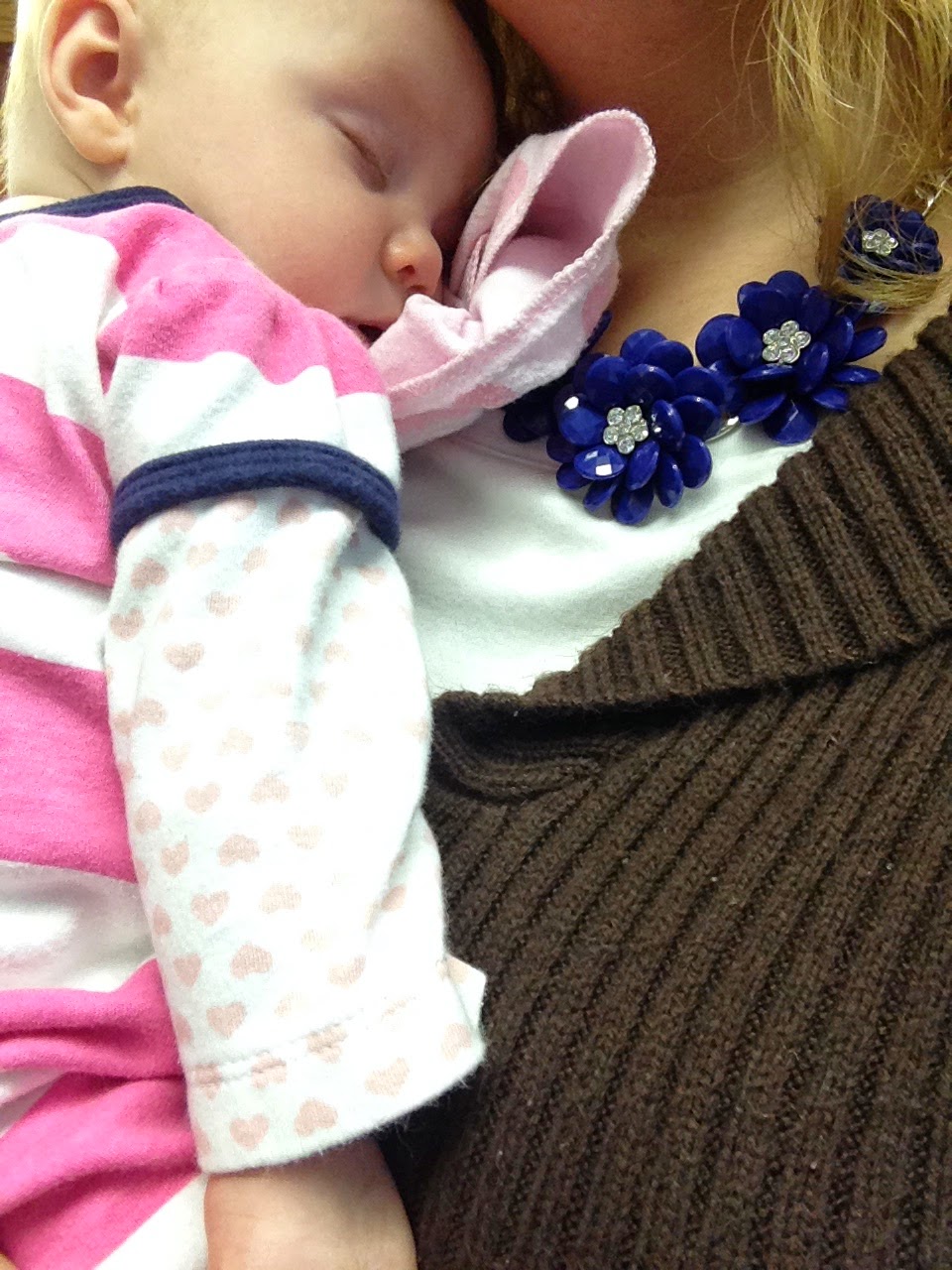 Sweet baby Smidget. The most spoiled kitten ever. 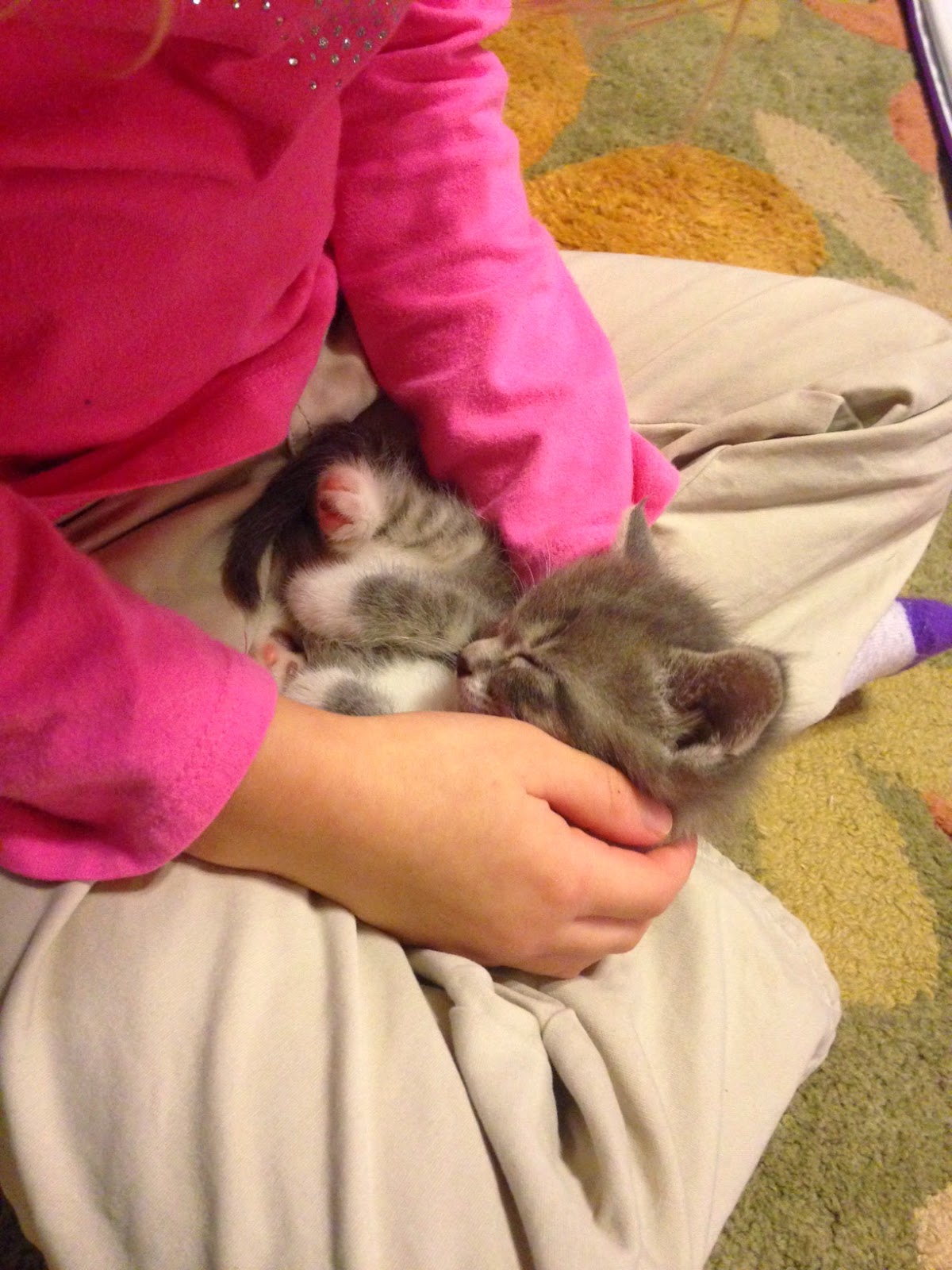 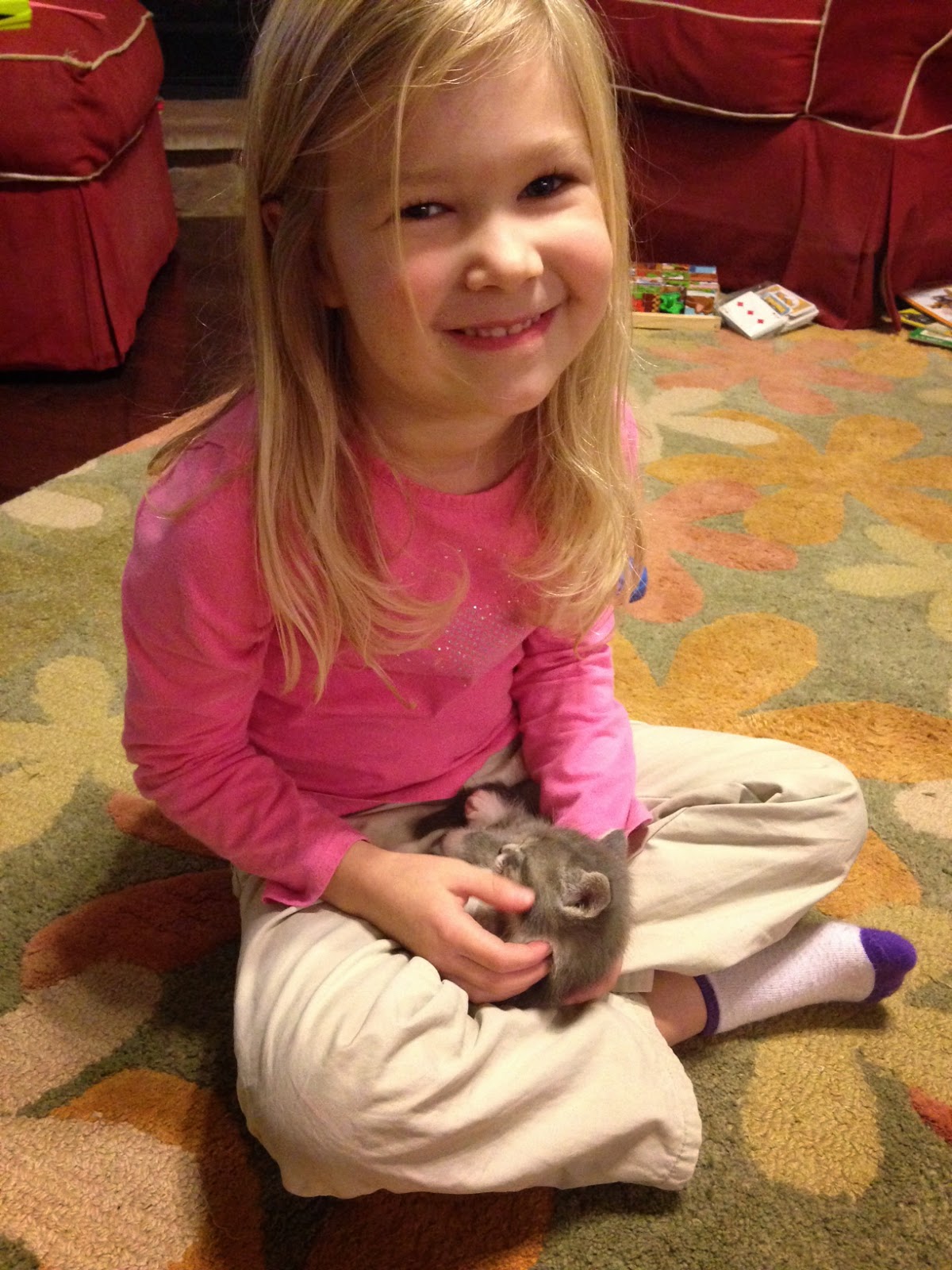 True. Love them to death, but they do make a me a little crazy sometimes. 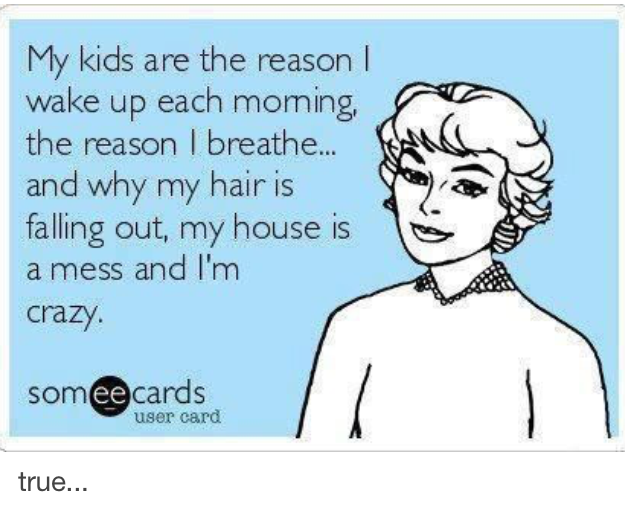 My first graders hunted for the Gingerbread Man again this year. He leaves us clues every day and they swear they smell gingerbread and see crumbs in the hallway. In the end he can't wait for us any longer, but leaves these for us in the office. They love it. =) 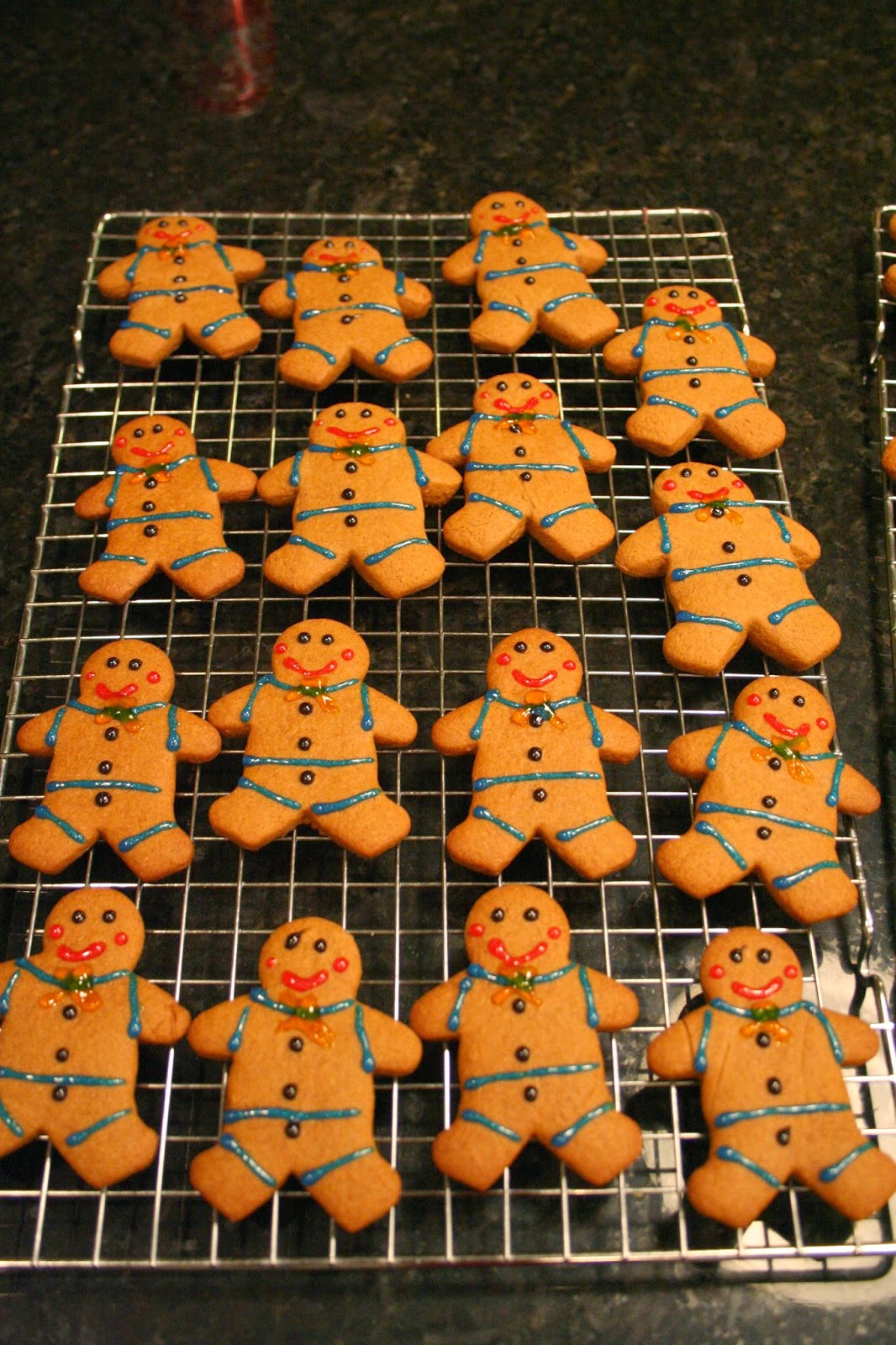 I had a helper while I was decorating them... 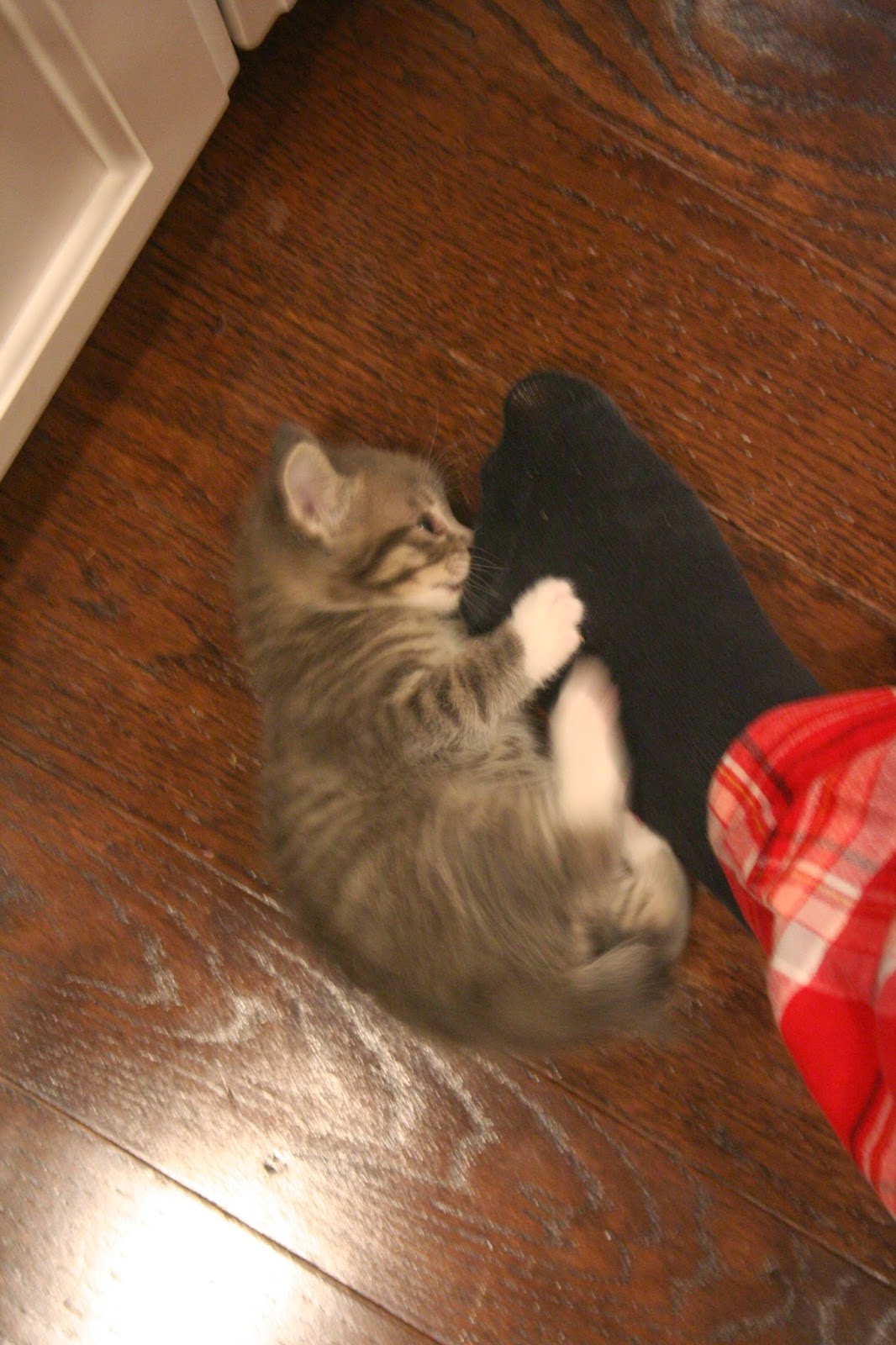 Love this big kitchen island for so many reasons. Corey doesn't love it so much when I get to multi-tasking and it ends up looking like this... 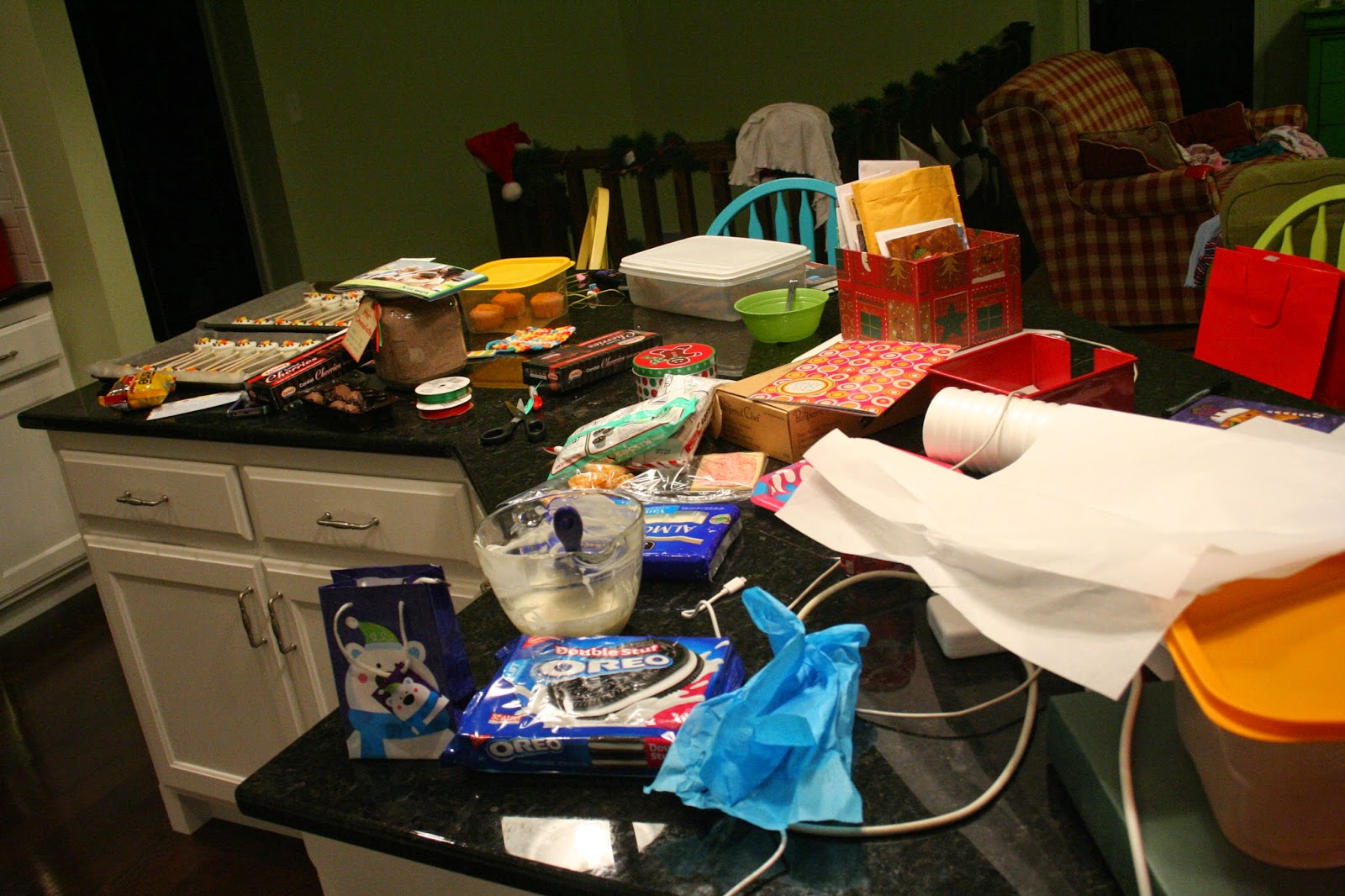 Part of my Christmas gift to my students. They keep these in their desks at school and wear them to recess. 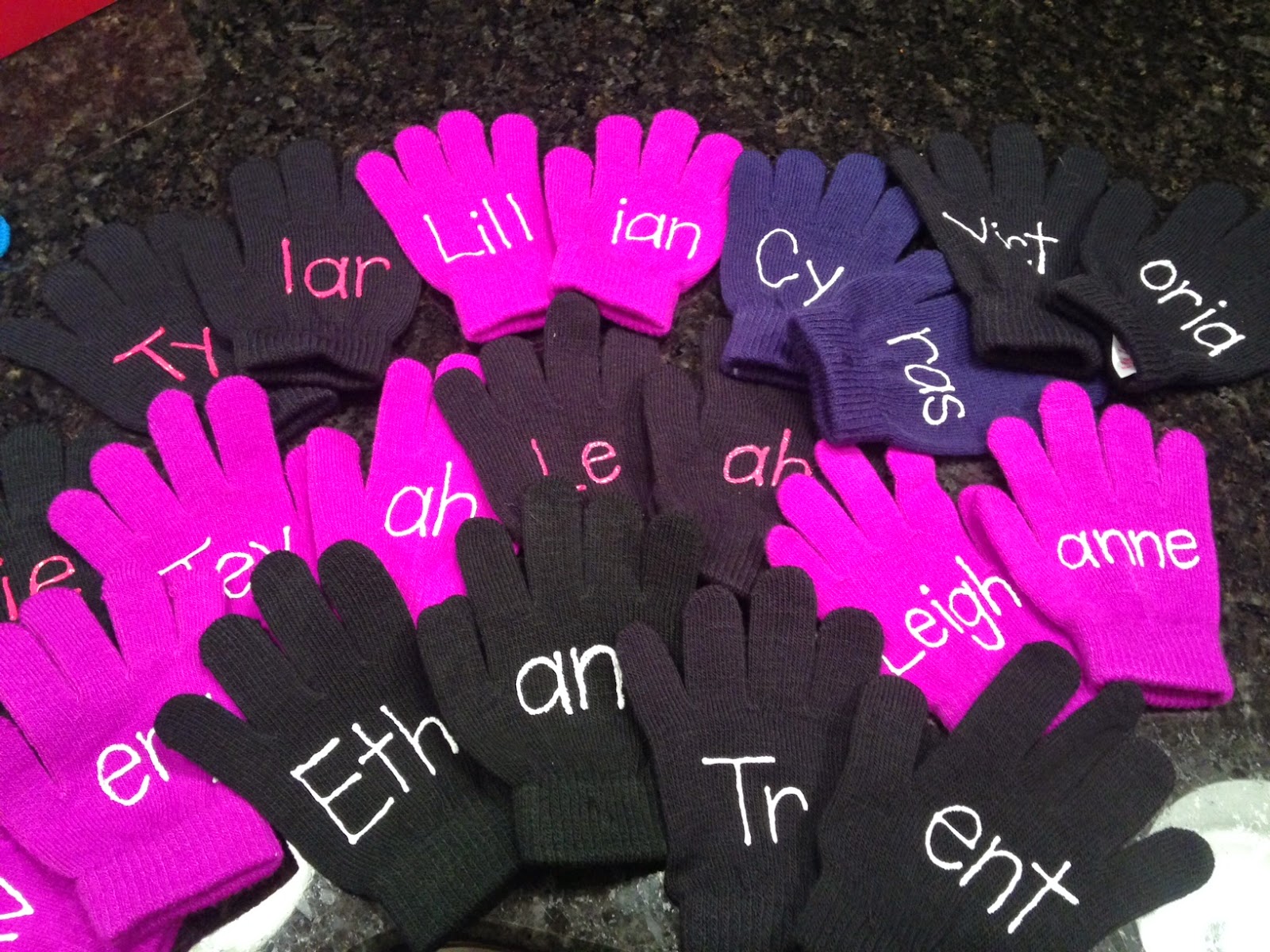 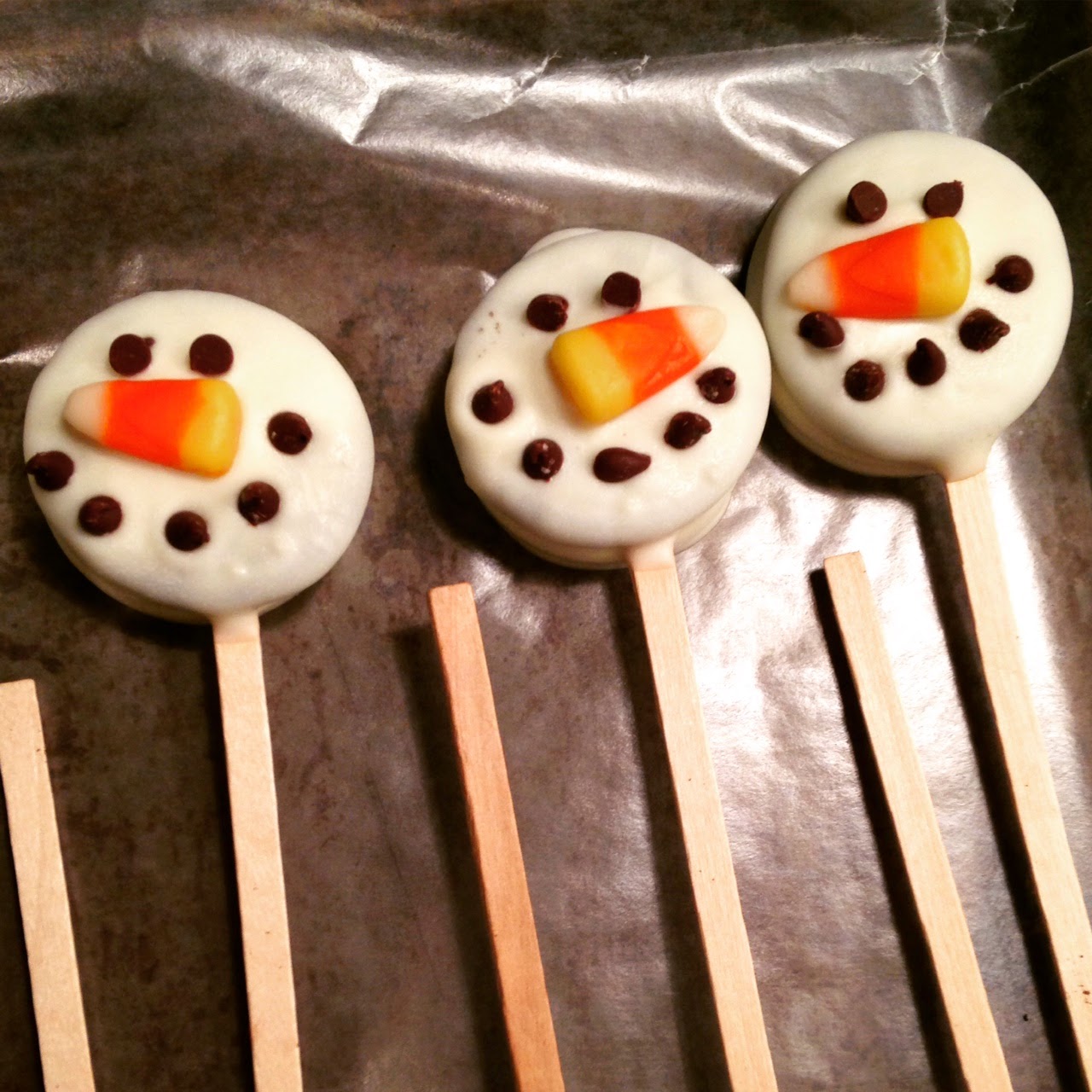 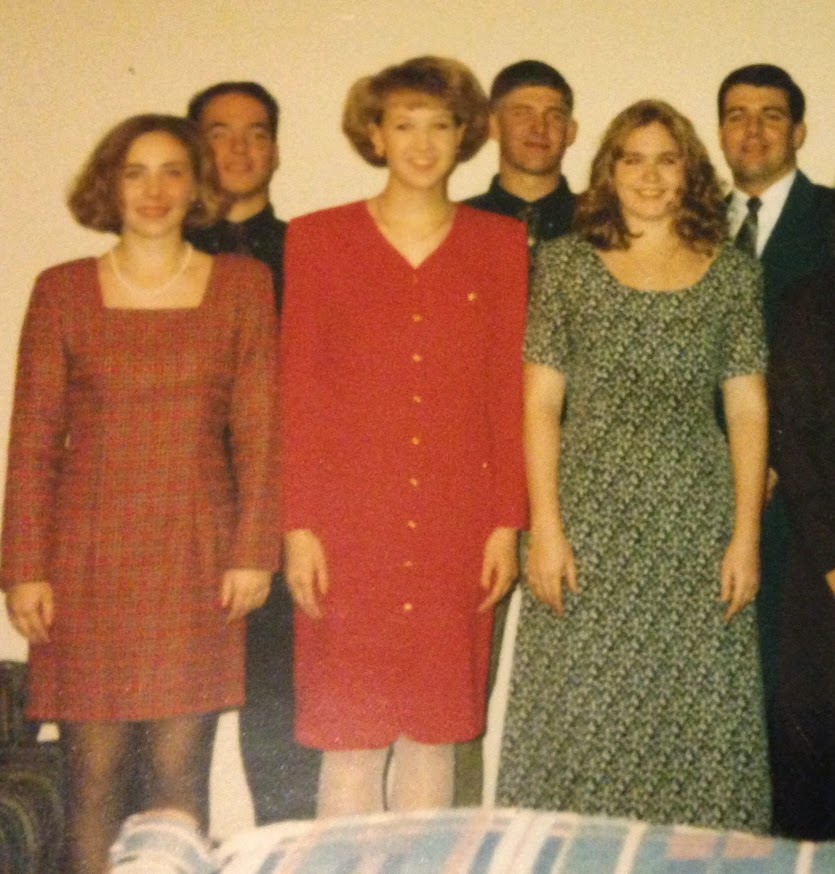 My students went and sang at the local nursing home the week before Christmas. All 7 of them. (2nd grade was behind them.) We were hit hard with flu, fevers and yucky stuff that last week. I had at least 1/3 of my class gone every day. 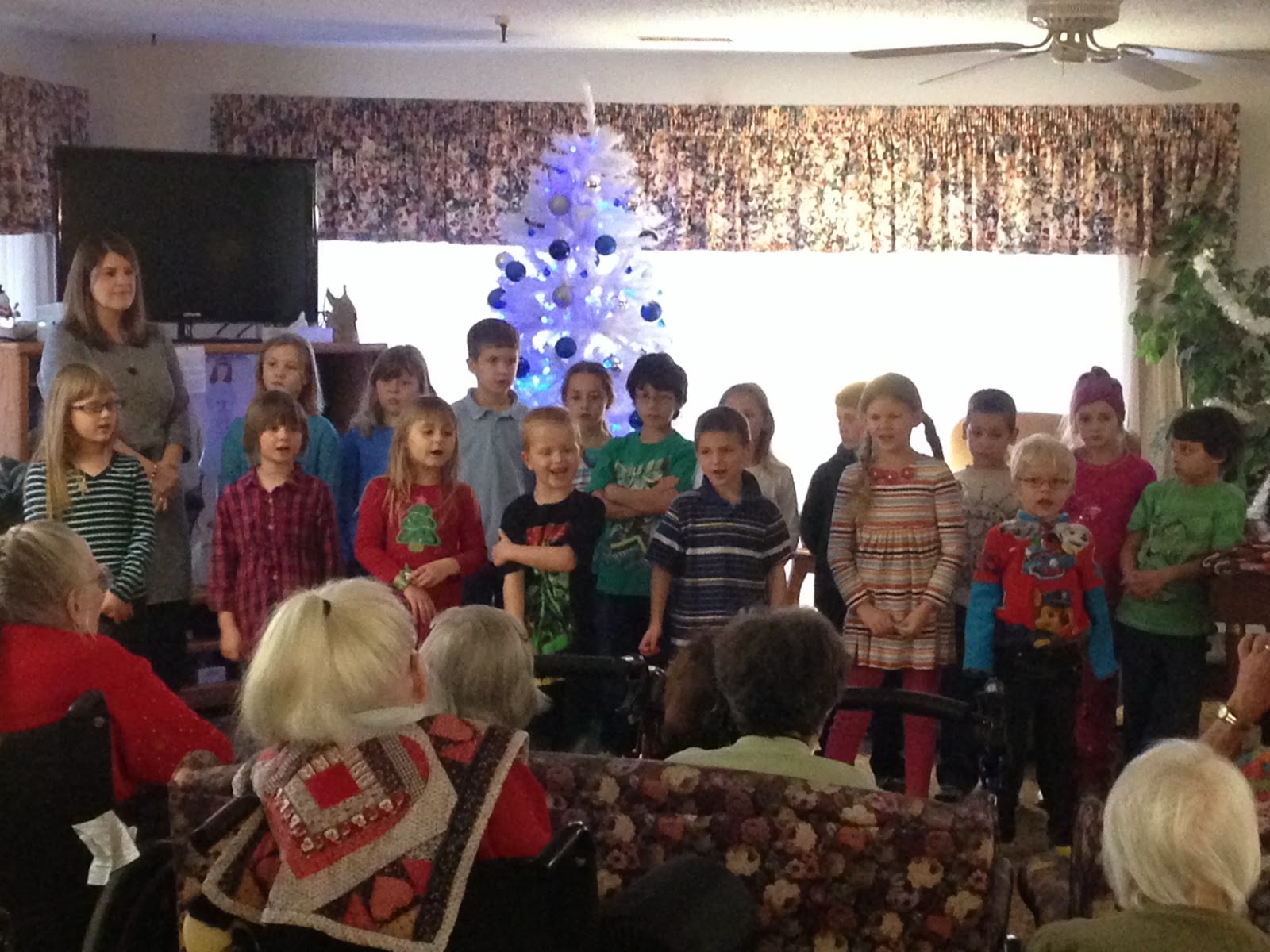 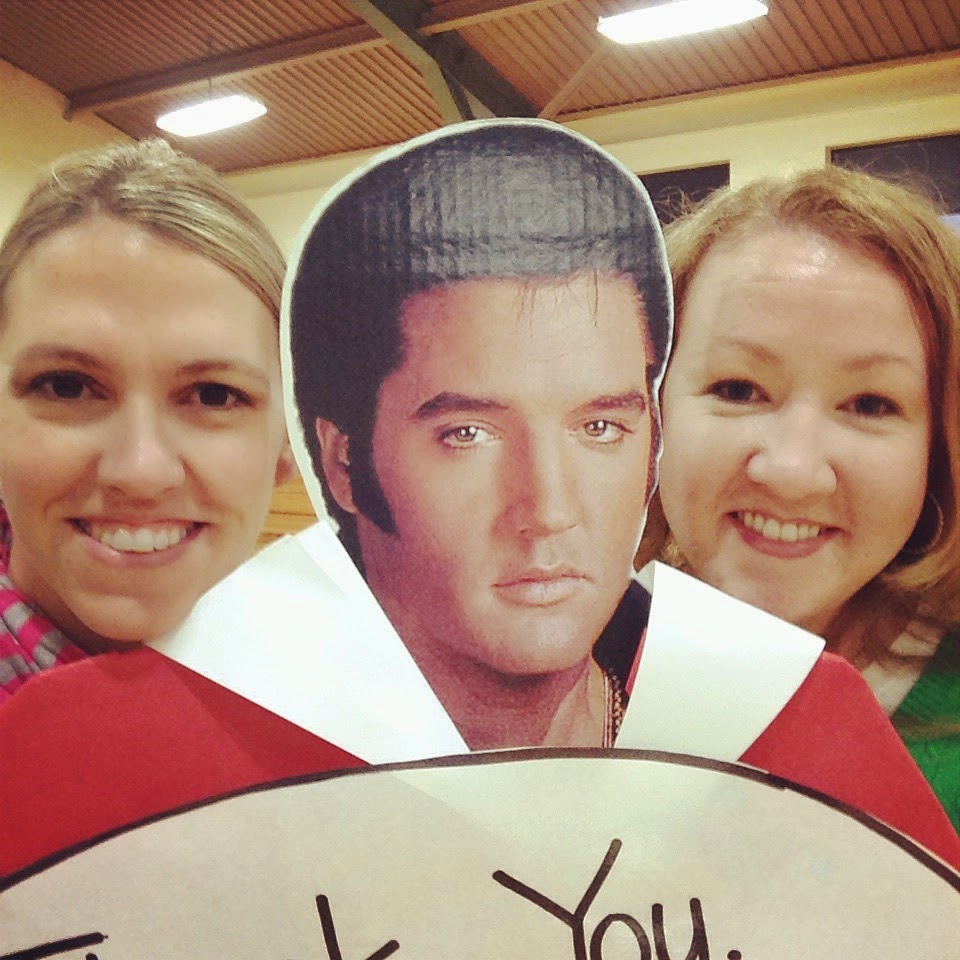 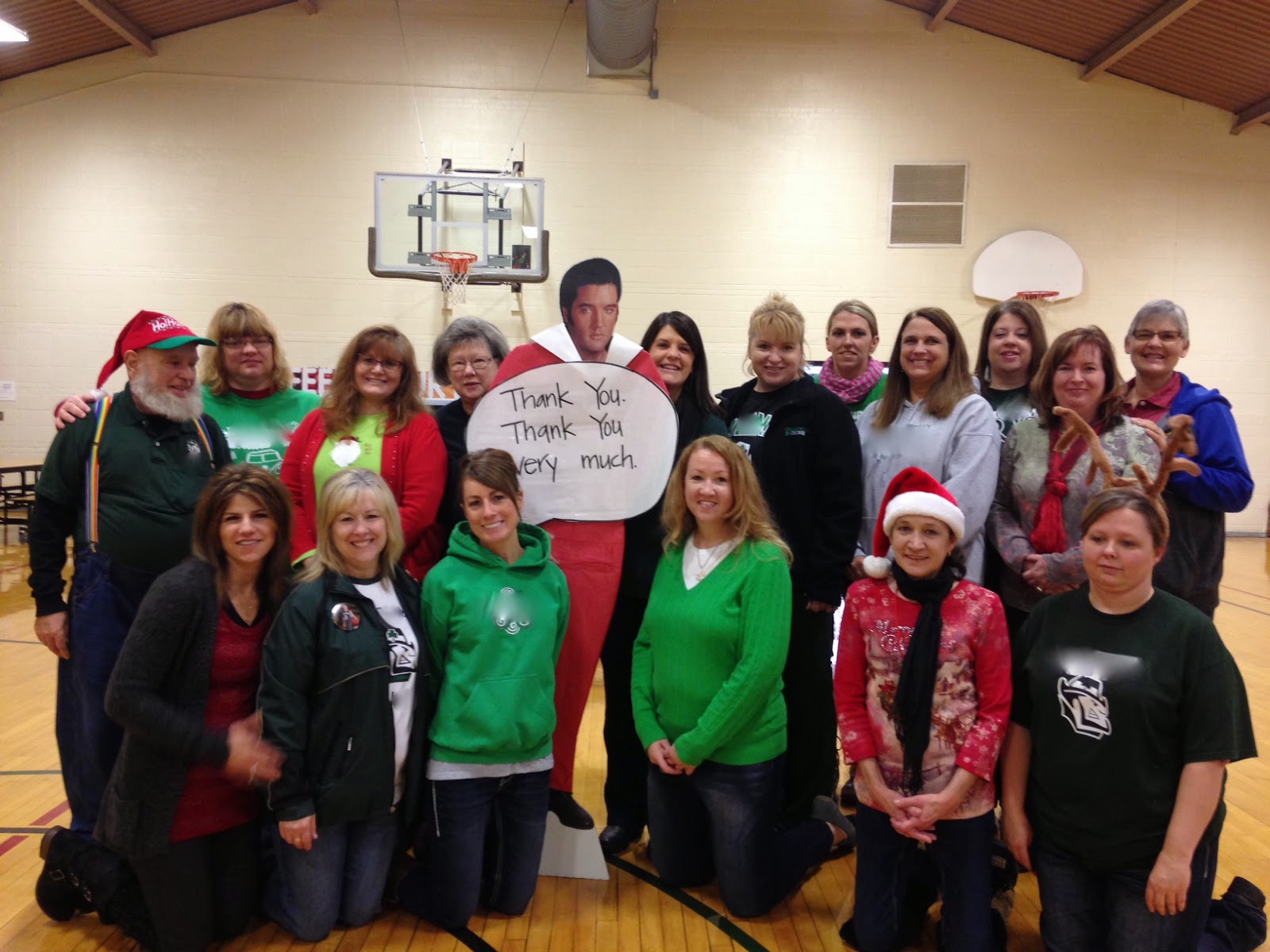 Elvis got a lot of love that last day of school. #bestfooddrivemascotever 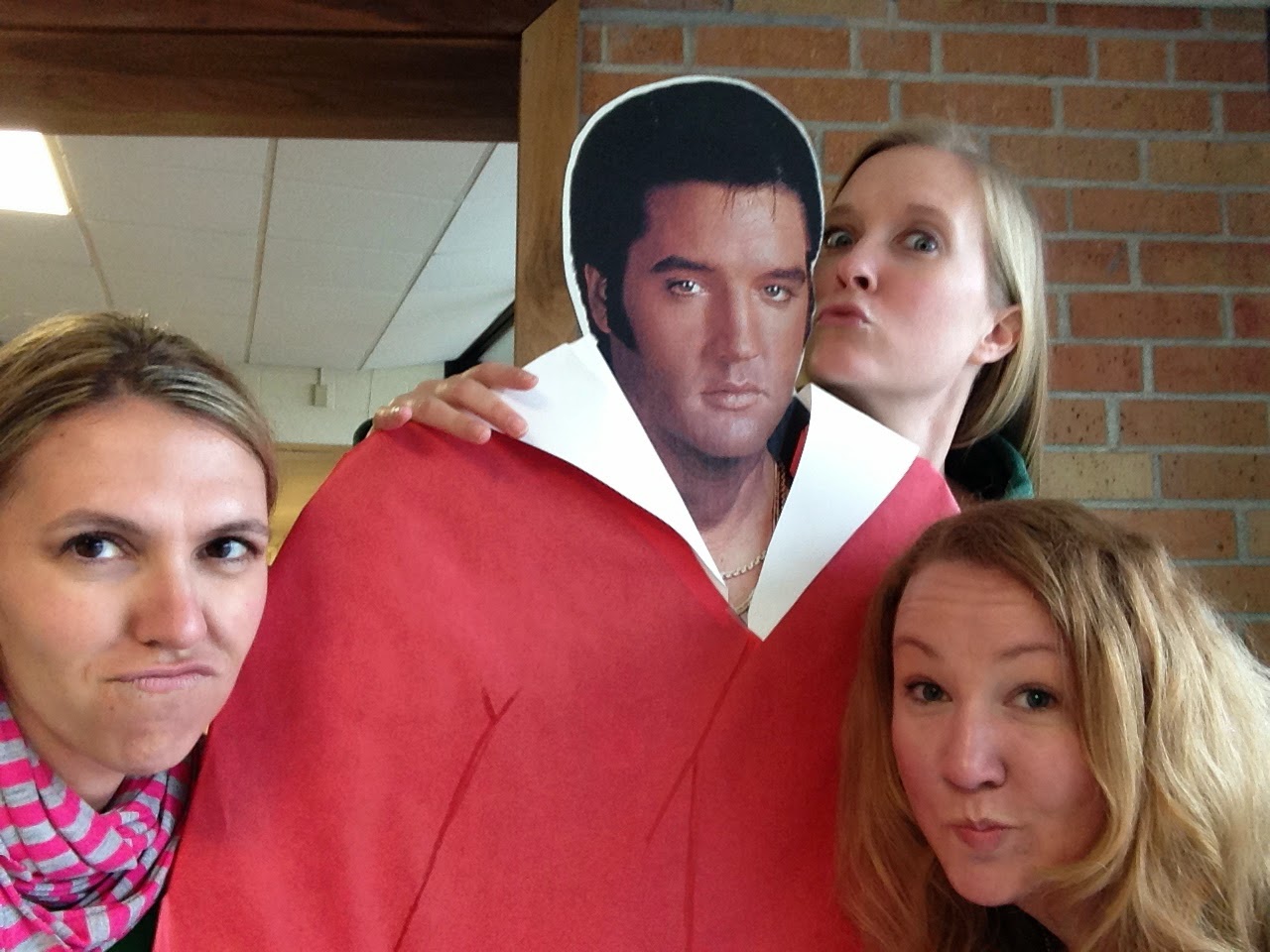 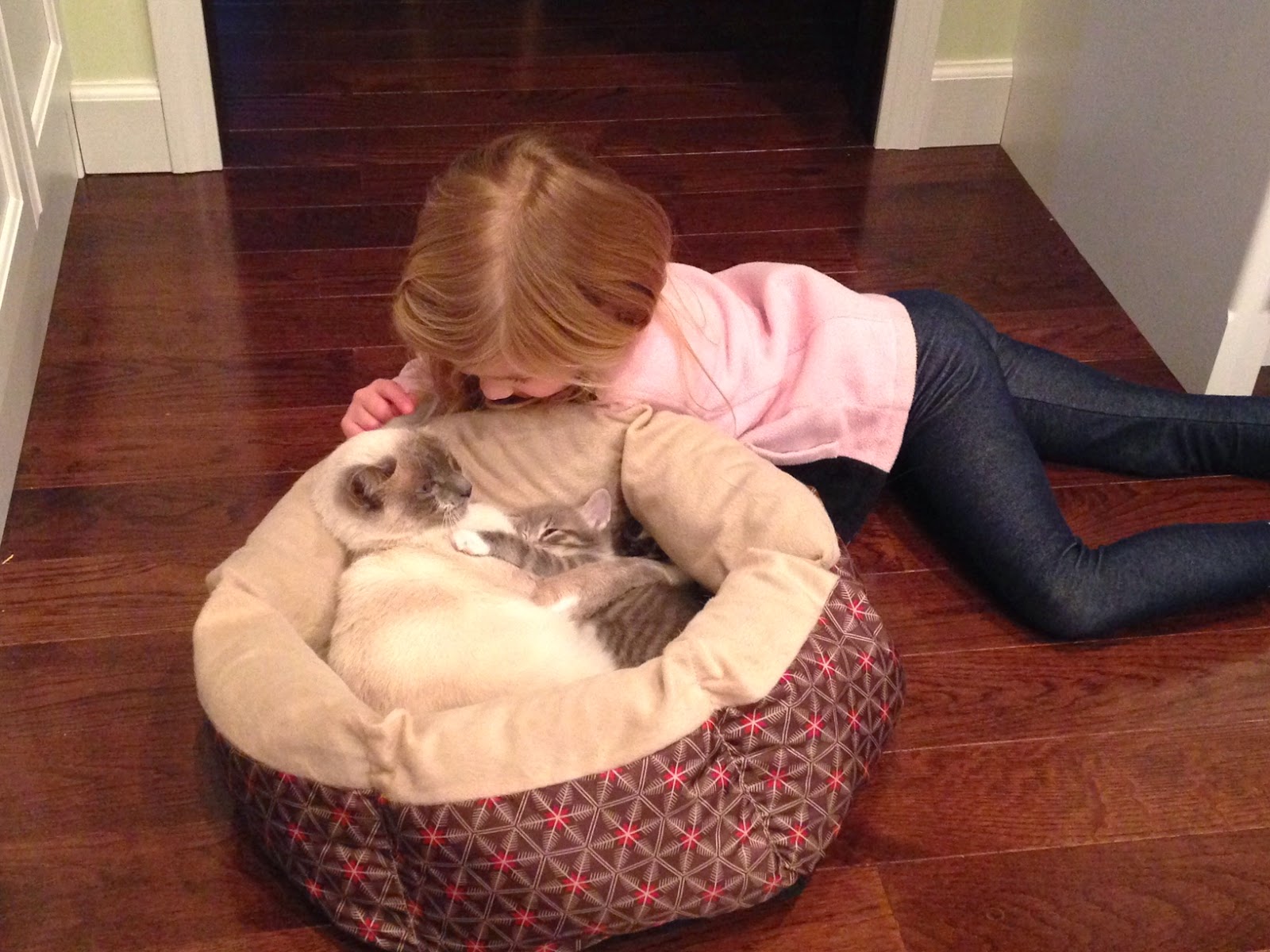 Nativity by Gretchen. Apparently the third wise man drove a forklift and the shepherds rolled in in their minivan. 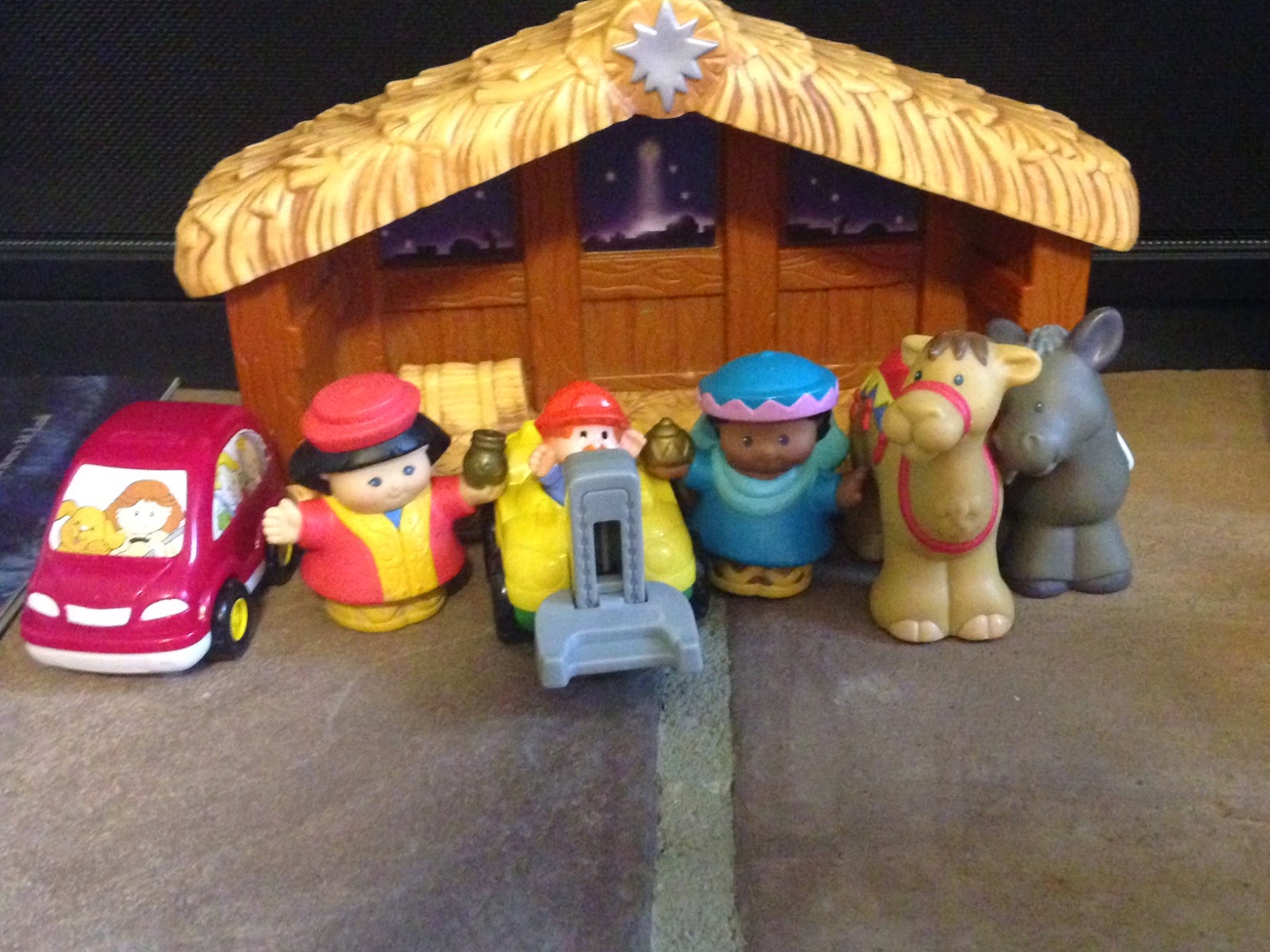 I watched a nifty little video on Facebook about how to wrap oddly shaped gifts. But apparently I didn't pay close enough attention. Good thing the kids don't care. =) 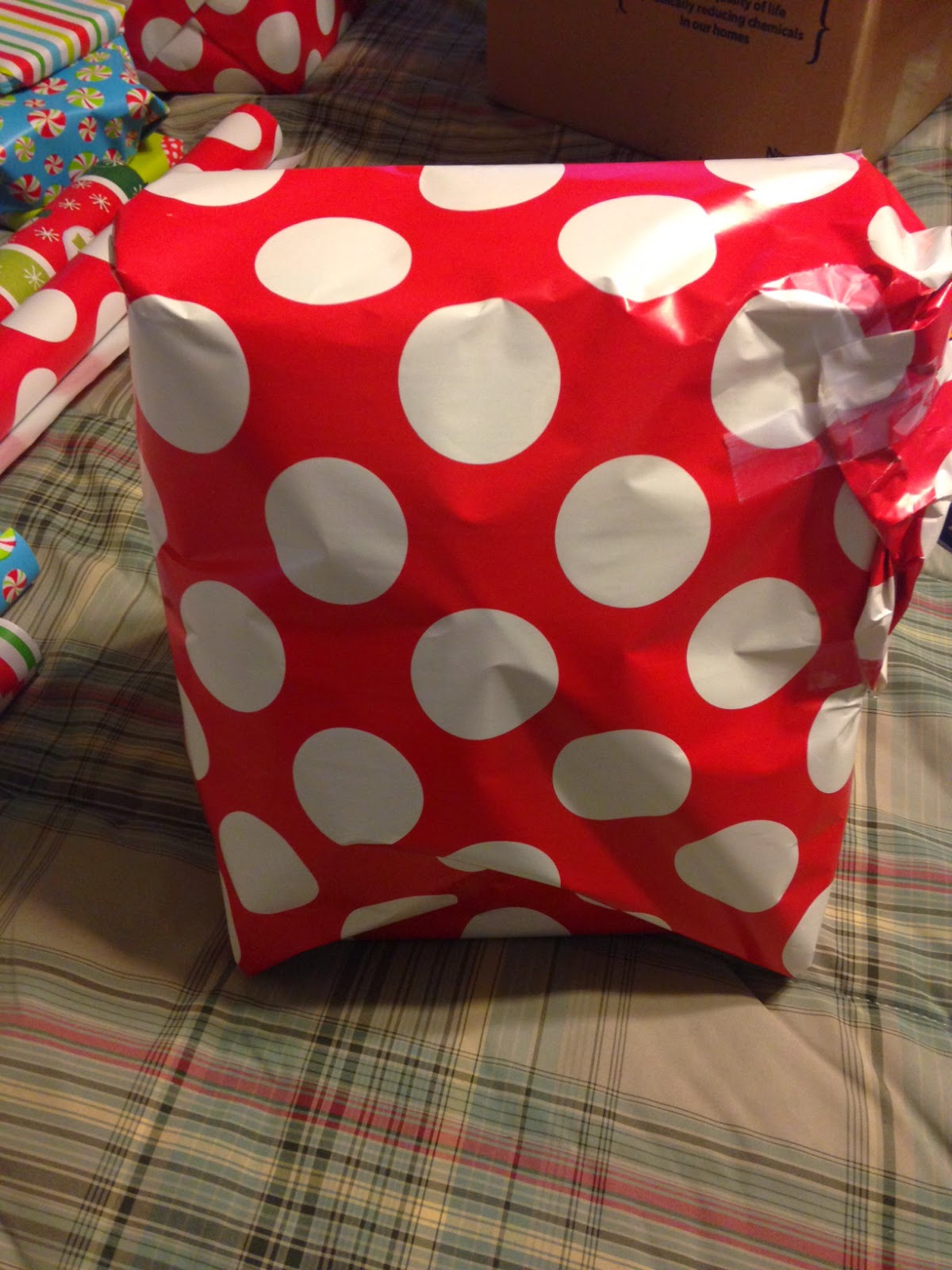 It's a little disturbing how many cat pictures are on my phone right now. We're smitten, I tell ya! 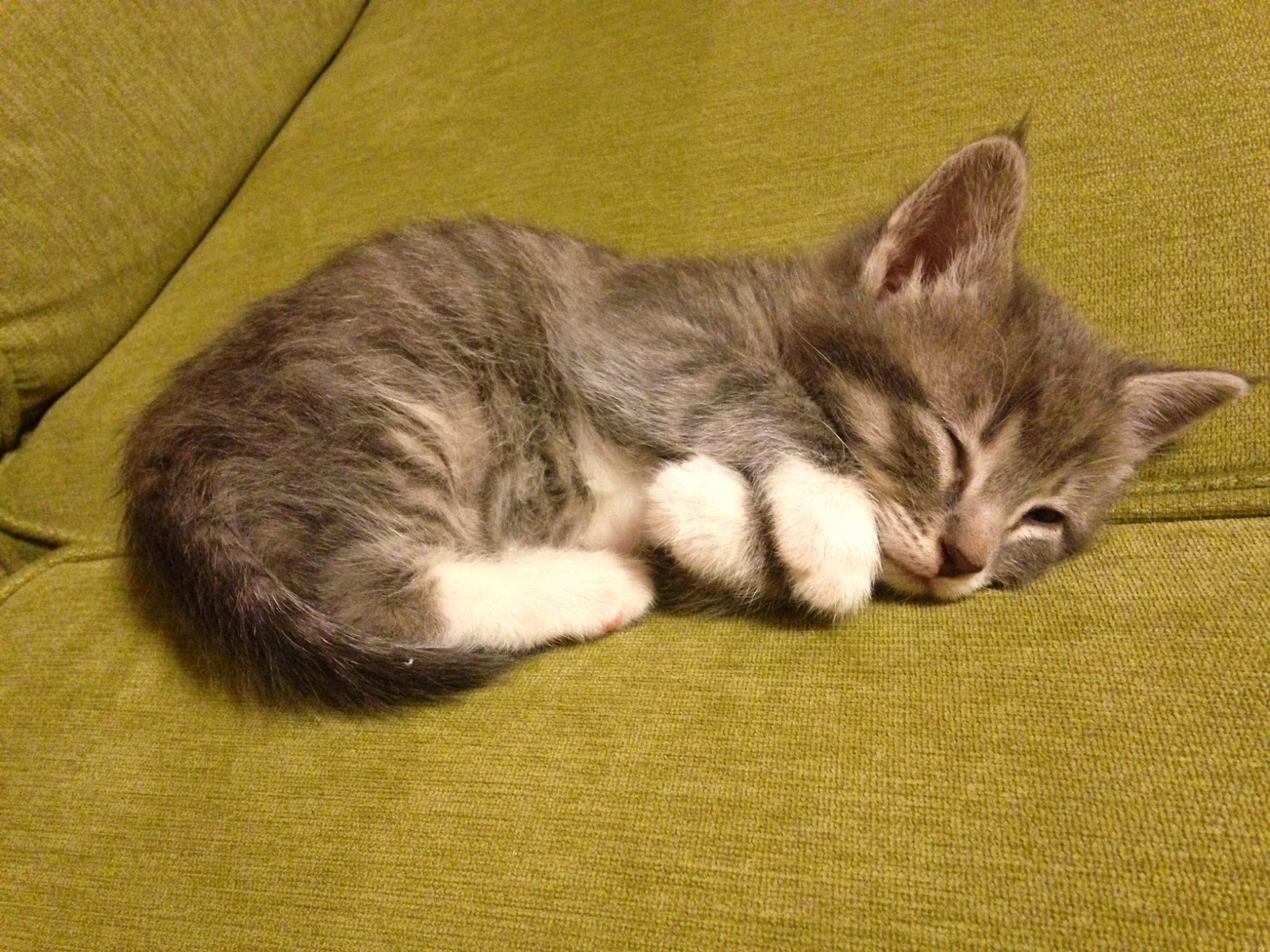 Gretchen loves to build and create things and then take pictures of them. I may have 24 different poses of this scene. 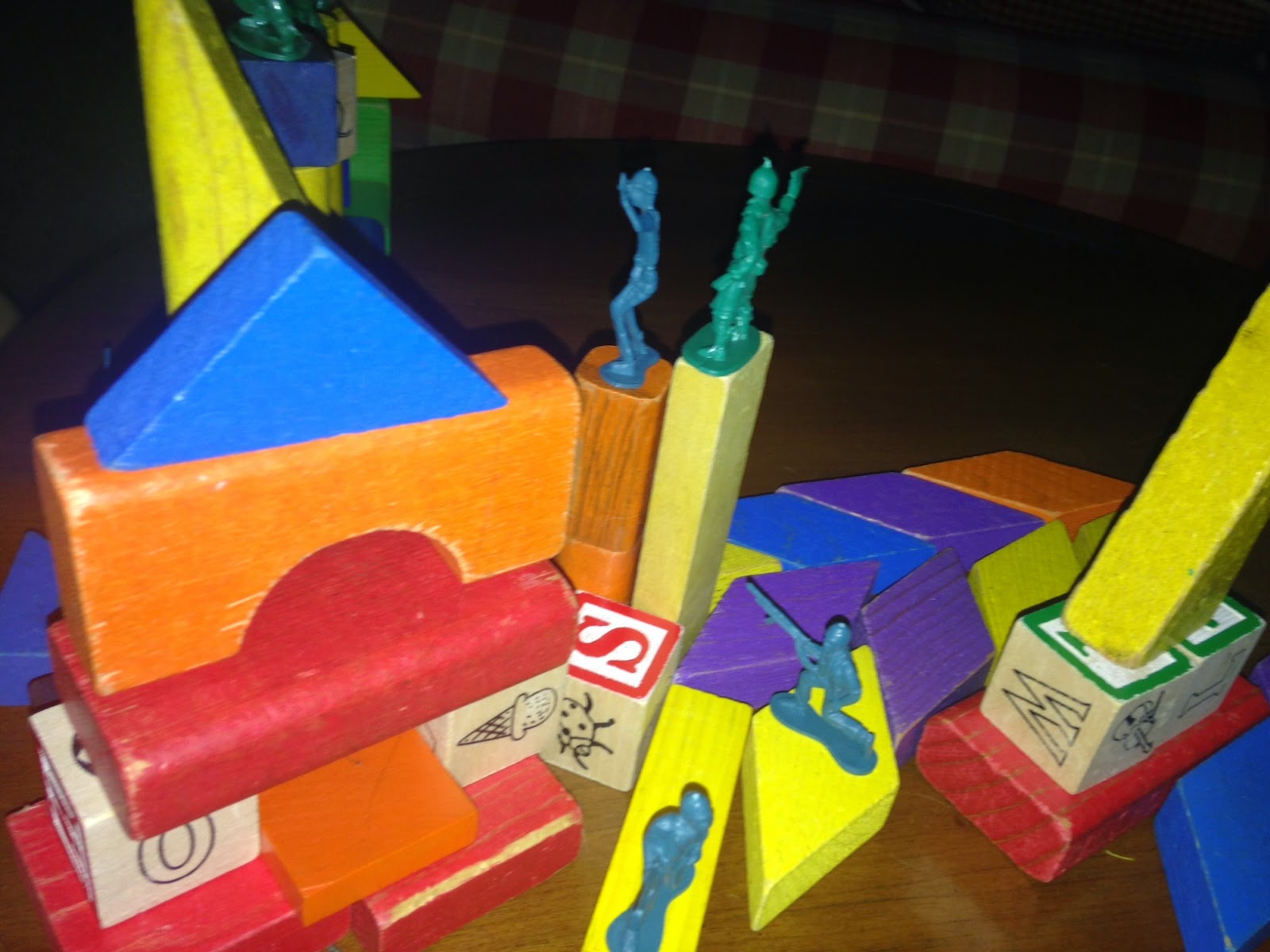 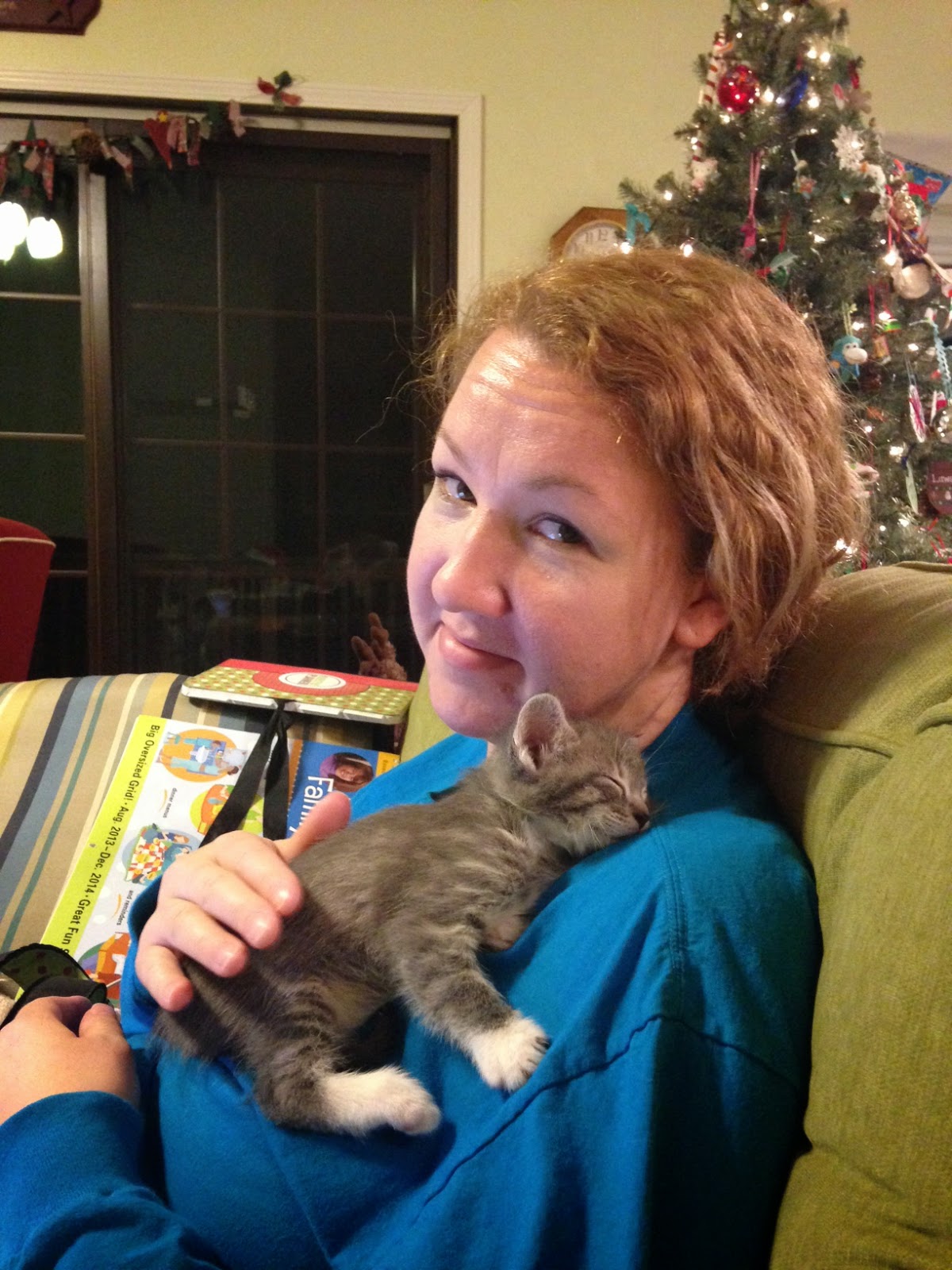 My kids have gotten so used to having Norwex boxes delivered all the time, they didn't even pay attention to the Amazon boxes being delivered, too. This big one sat in the mudroom for a week without anyone even asking about it. 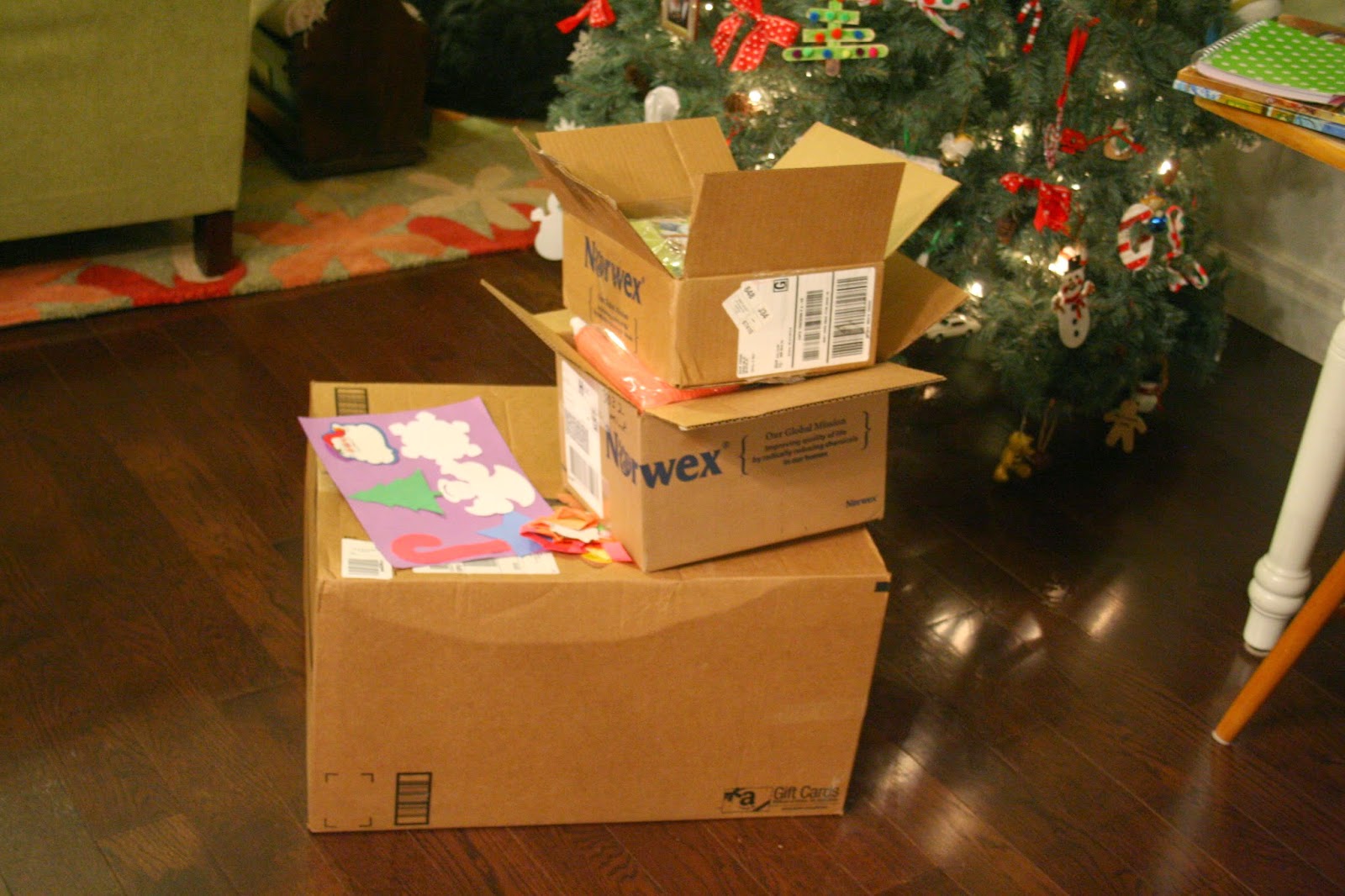 Now I can cross "random blog post" off my To-Do-List and get busy on some of the other things on it. Things like wrapping the rest of the presents (you know, since it's Christmas Eve and all...) and finding the top of this table. I know it's there somewhere... 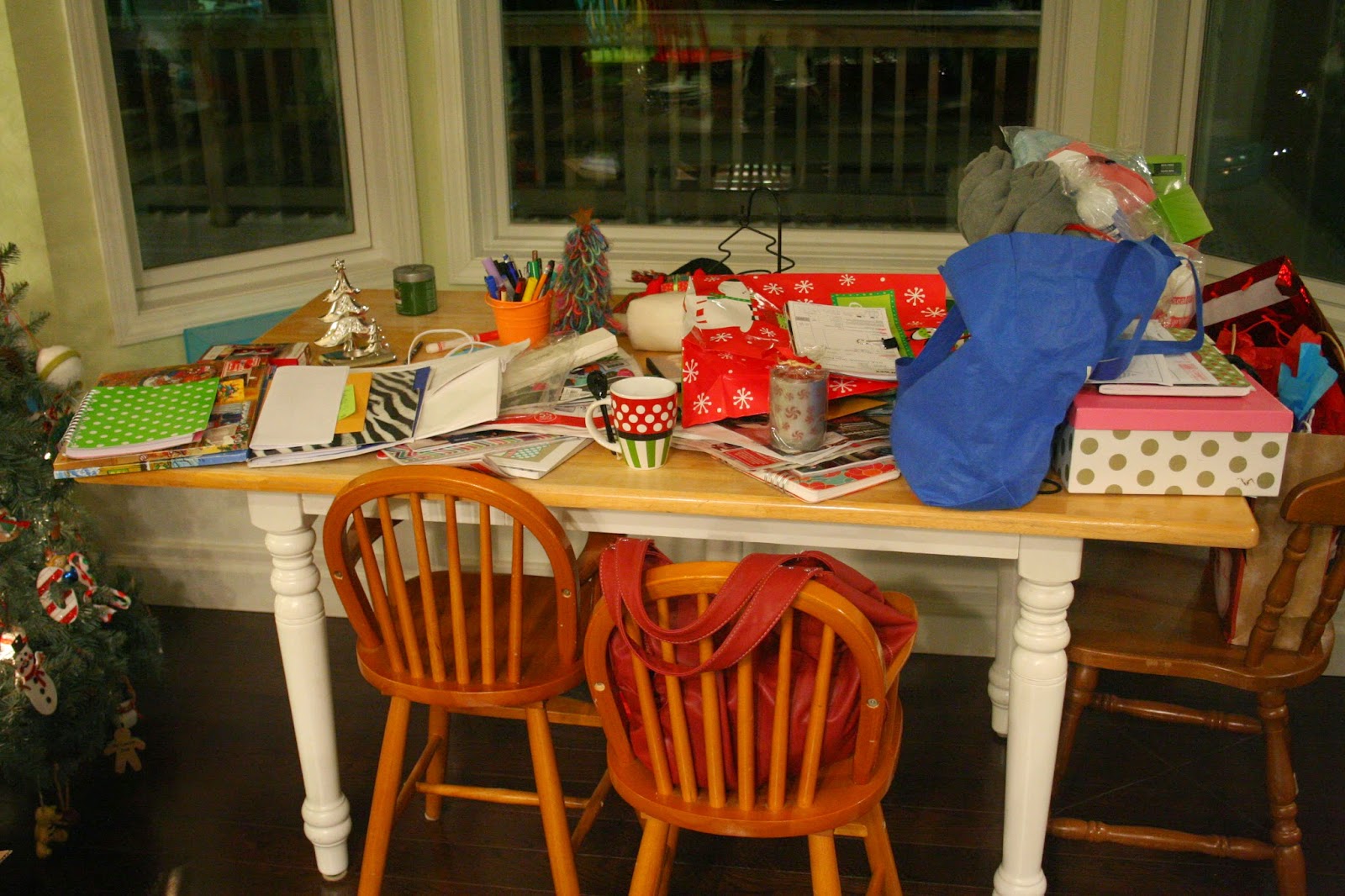