This was our year for "friend parties" for birthdays.
Sophie had a pretty low-key pajama party back in October.
Lawson had ideas for a hunting party... but this momma wasn't quite up for that. 3rd grade boys... and guns?
No, thanks. 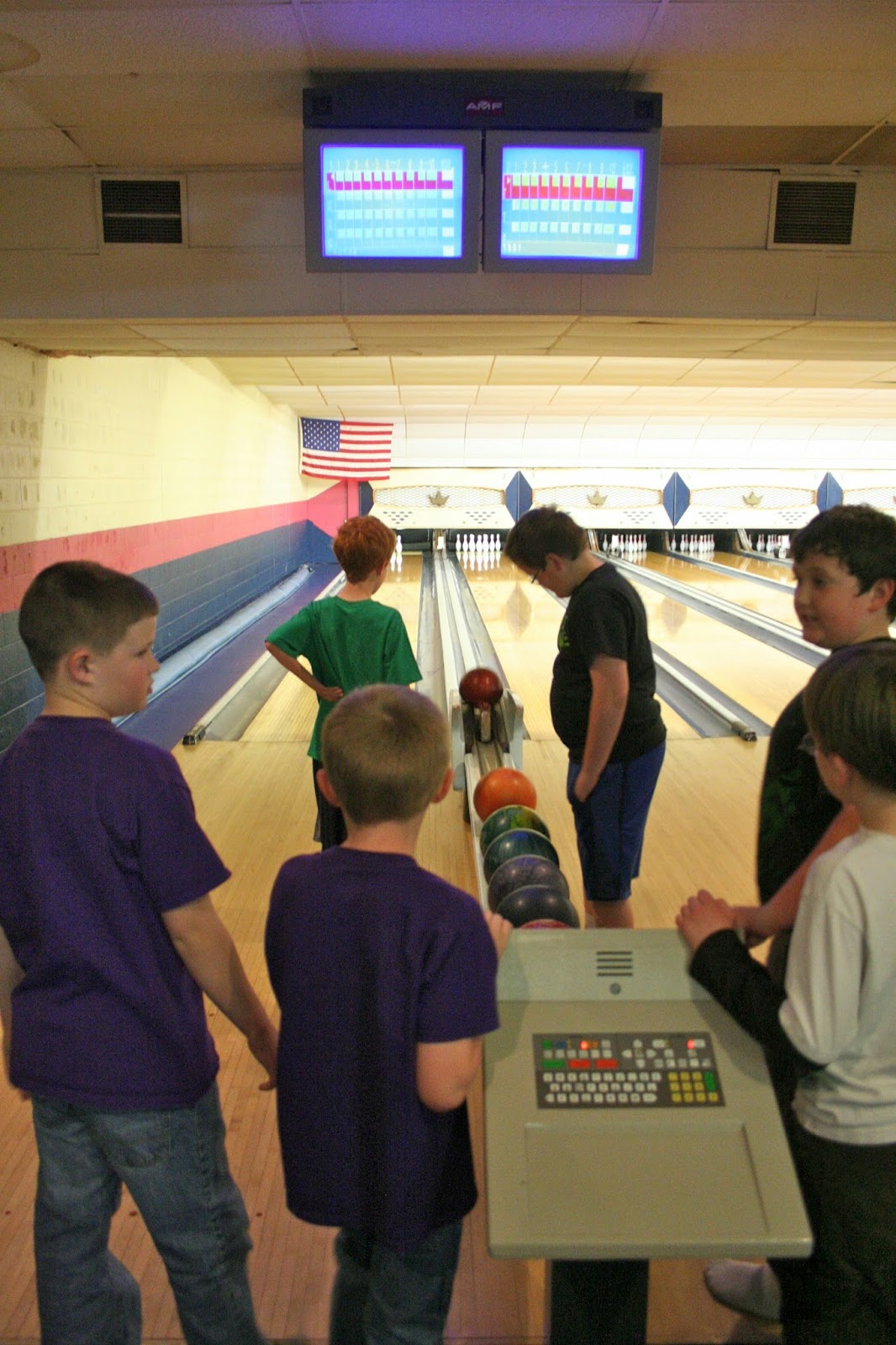 Bowling sounded much more "won't make mom crazy." (Especially when you figure in the bonus that these 3rd grade boys won't be in my house for the party!) =) 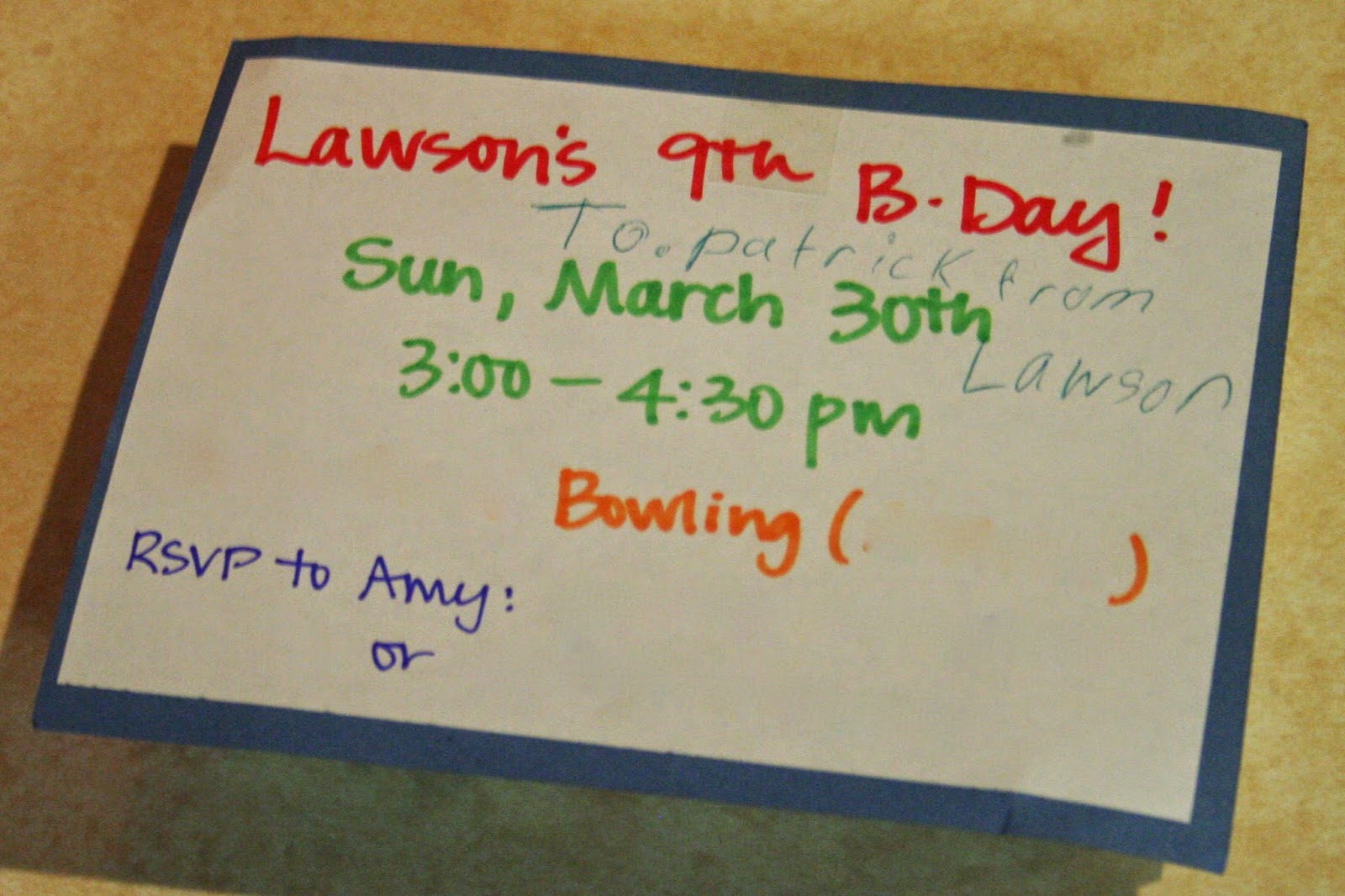 This just made me laugh. (Maybe roll my eyes and shake my head a little, too, but I did eventually laugh...)
When I told Lawson to write names on the cards, I actually meant on the other side. Where there were no words. Where there was a whole blank side, just waiting for something like To: Patrick. But yeah... squeezing it in between the other words works, too. 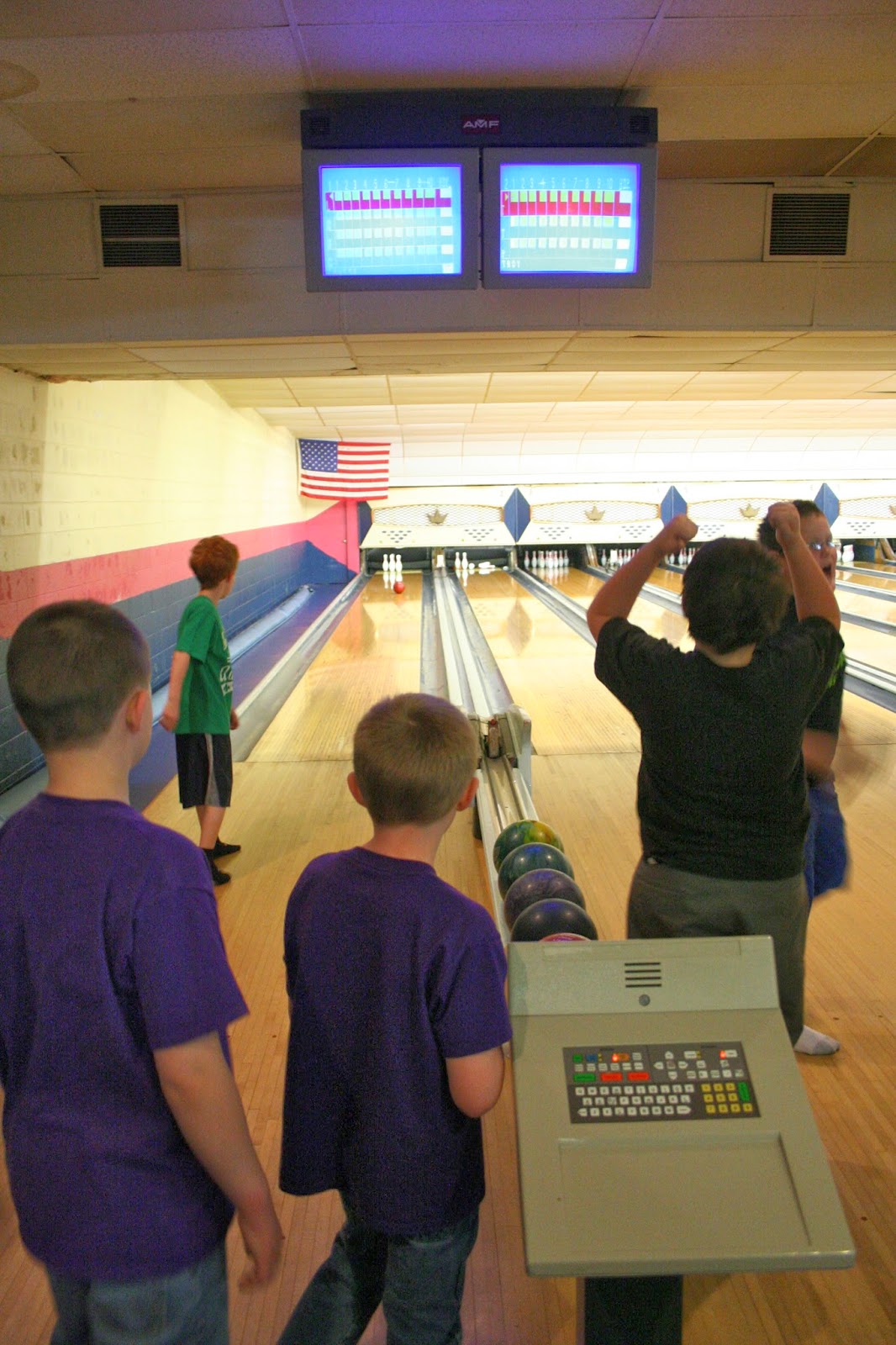 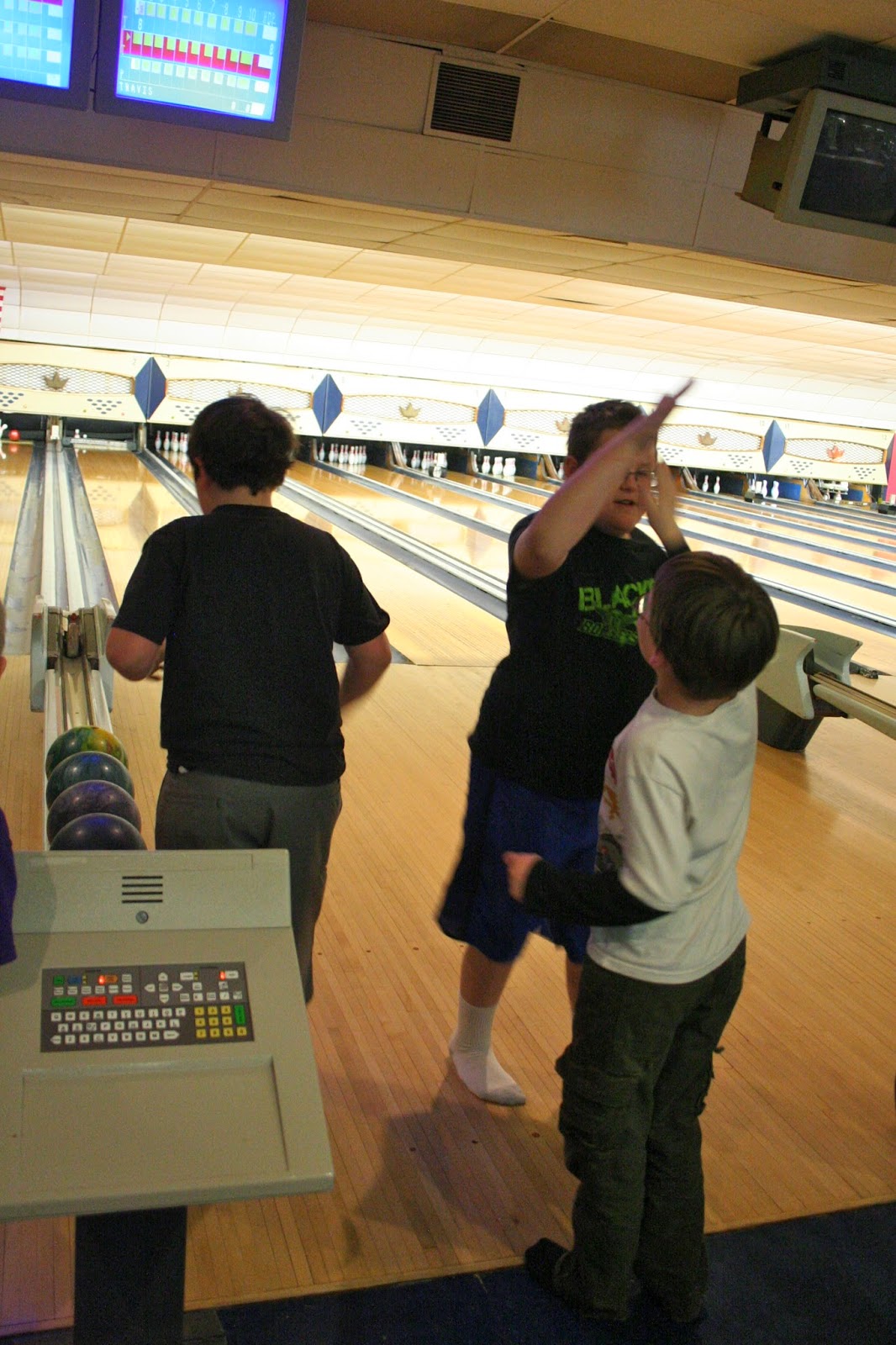 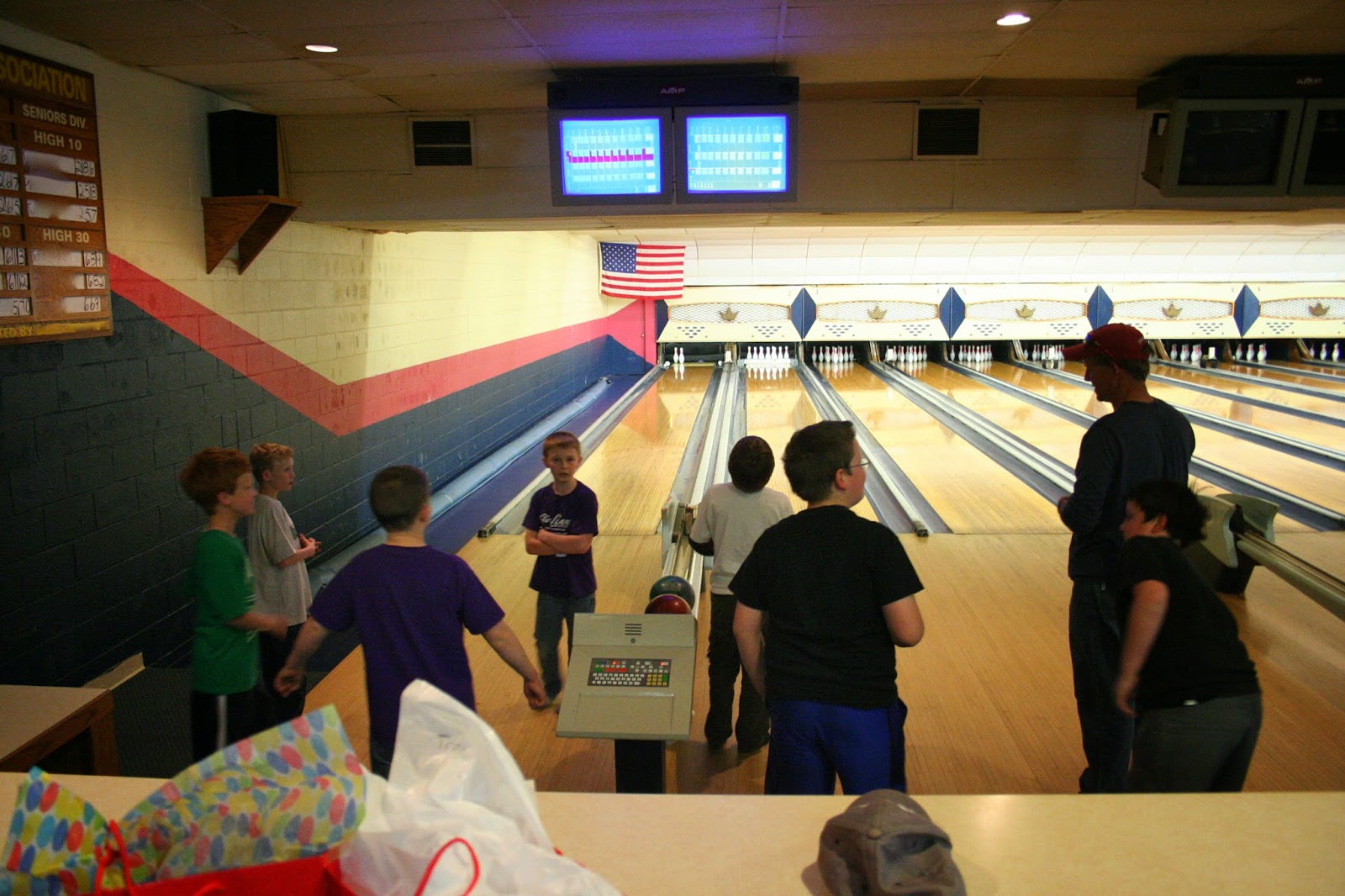 They didn't always have the best form... 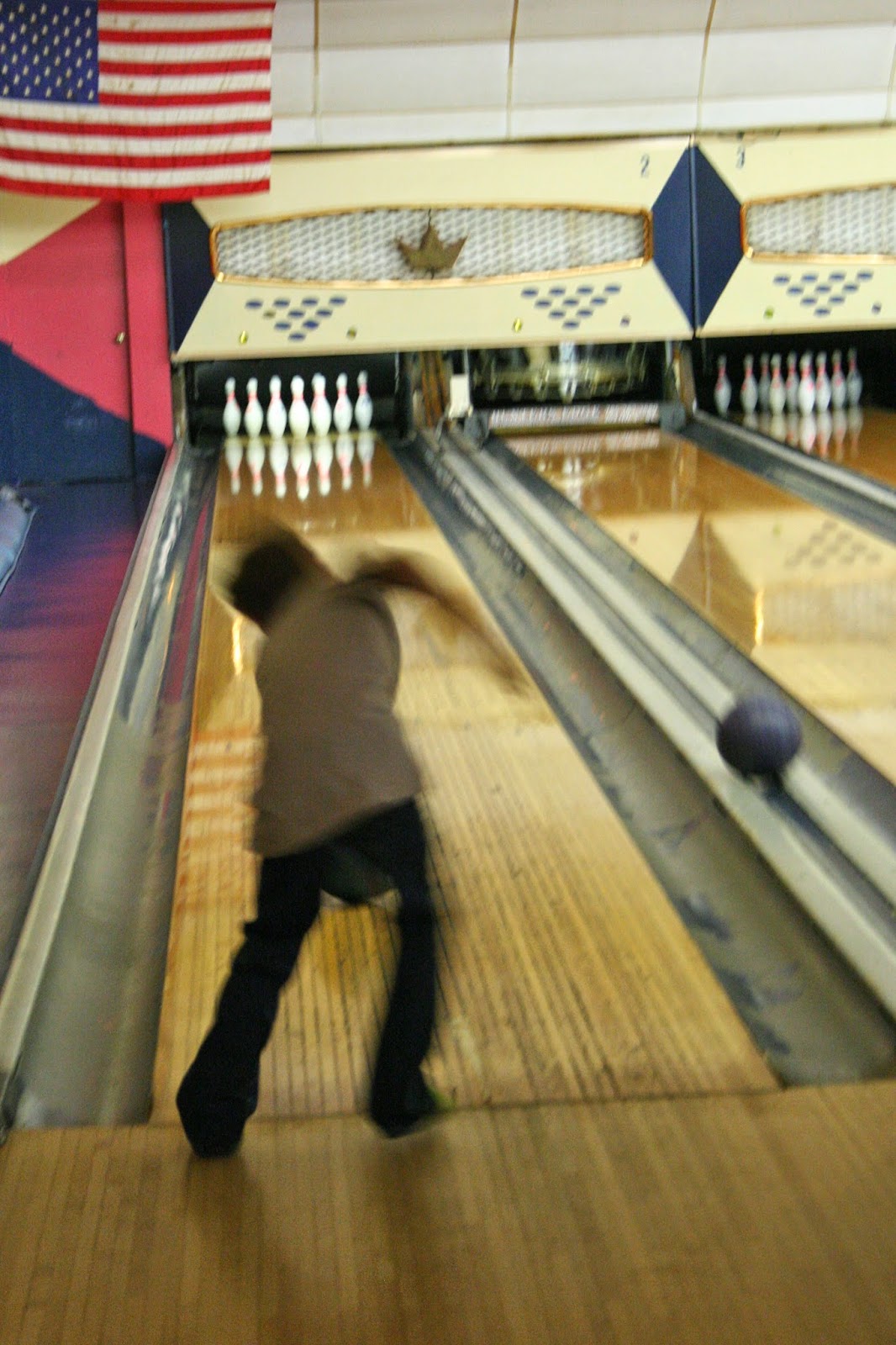 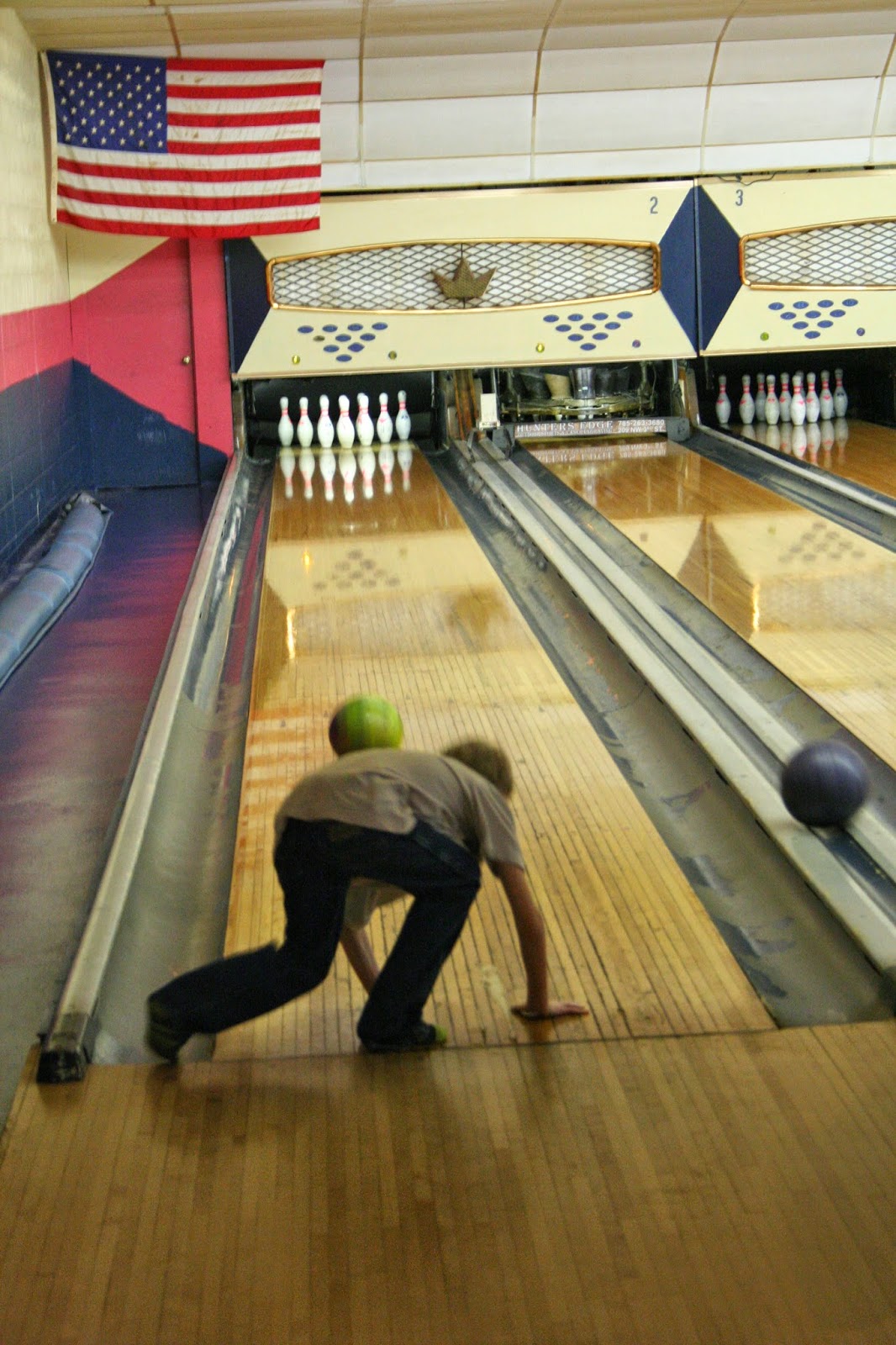 But there were some exciting moments. =) 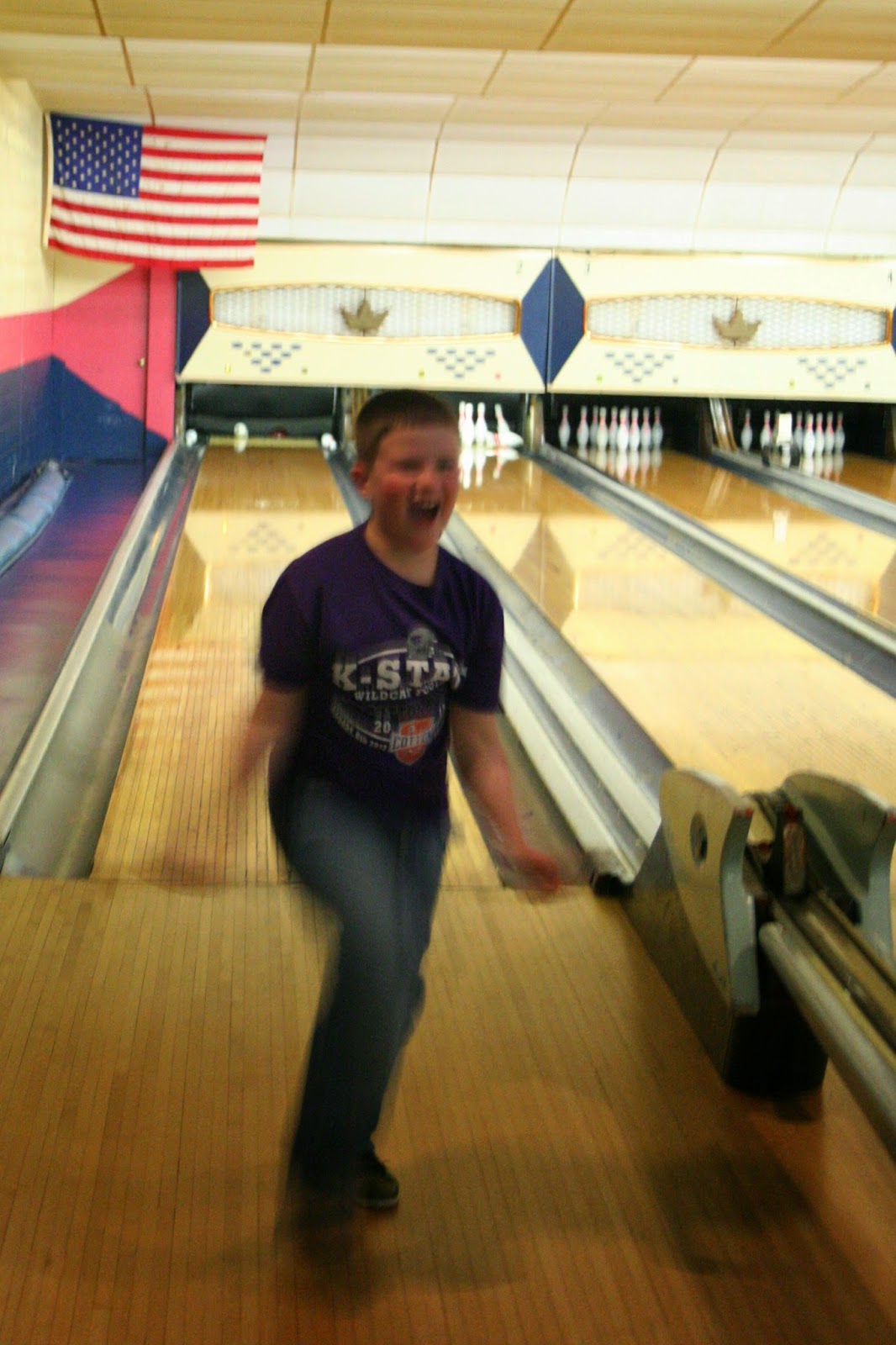 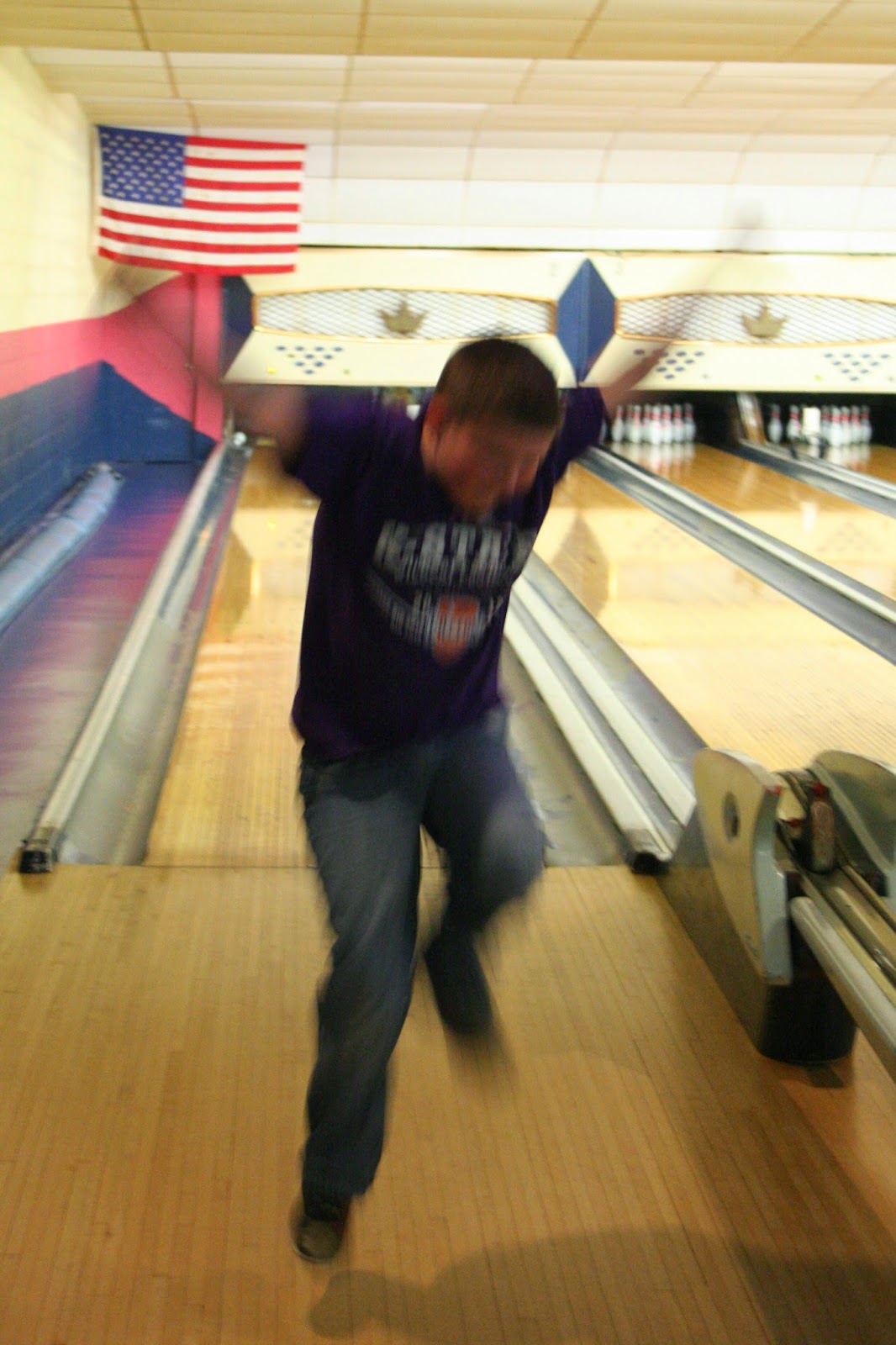 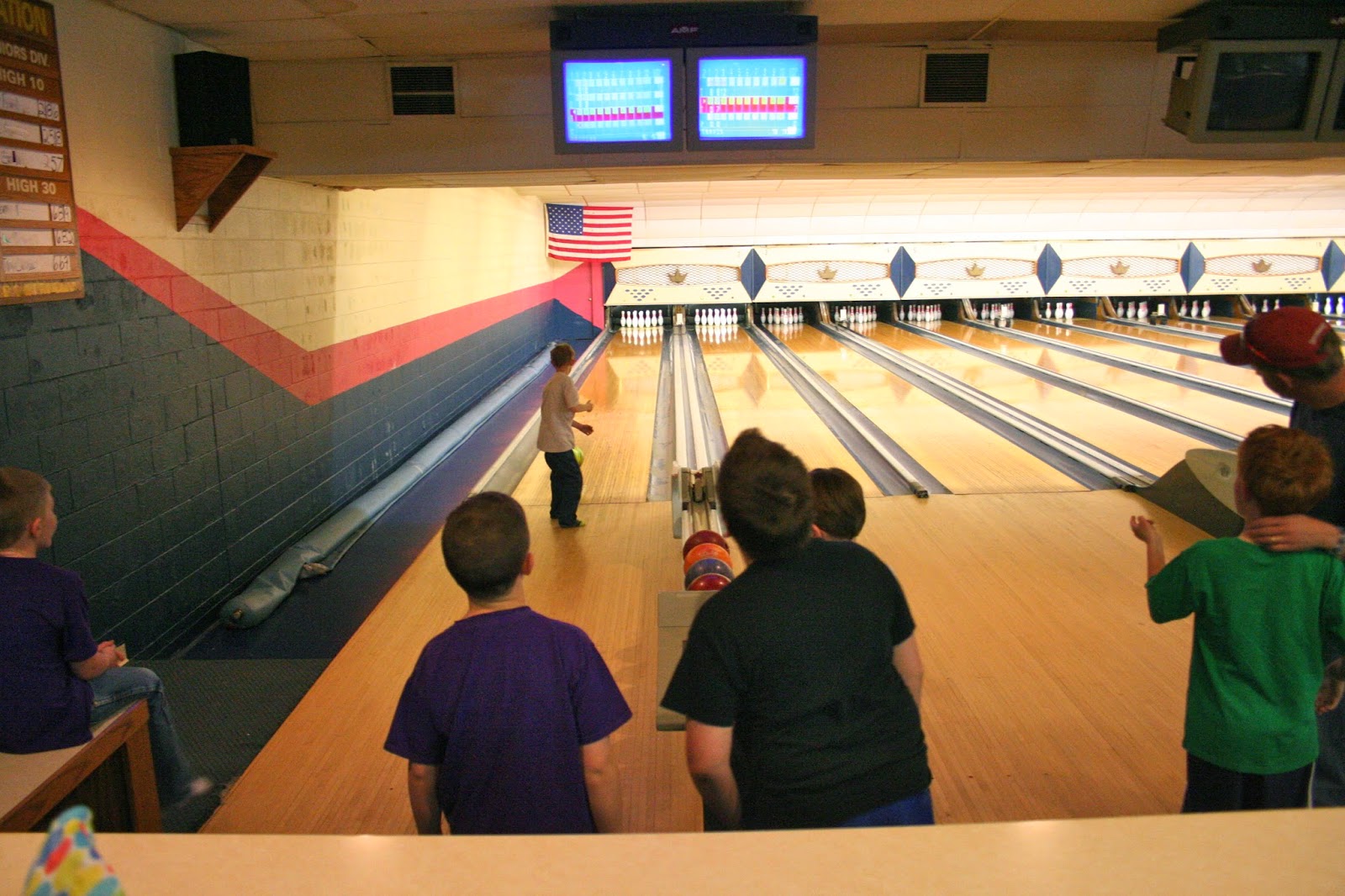 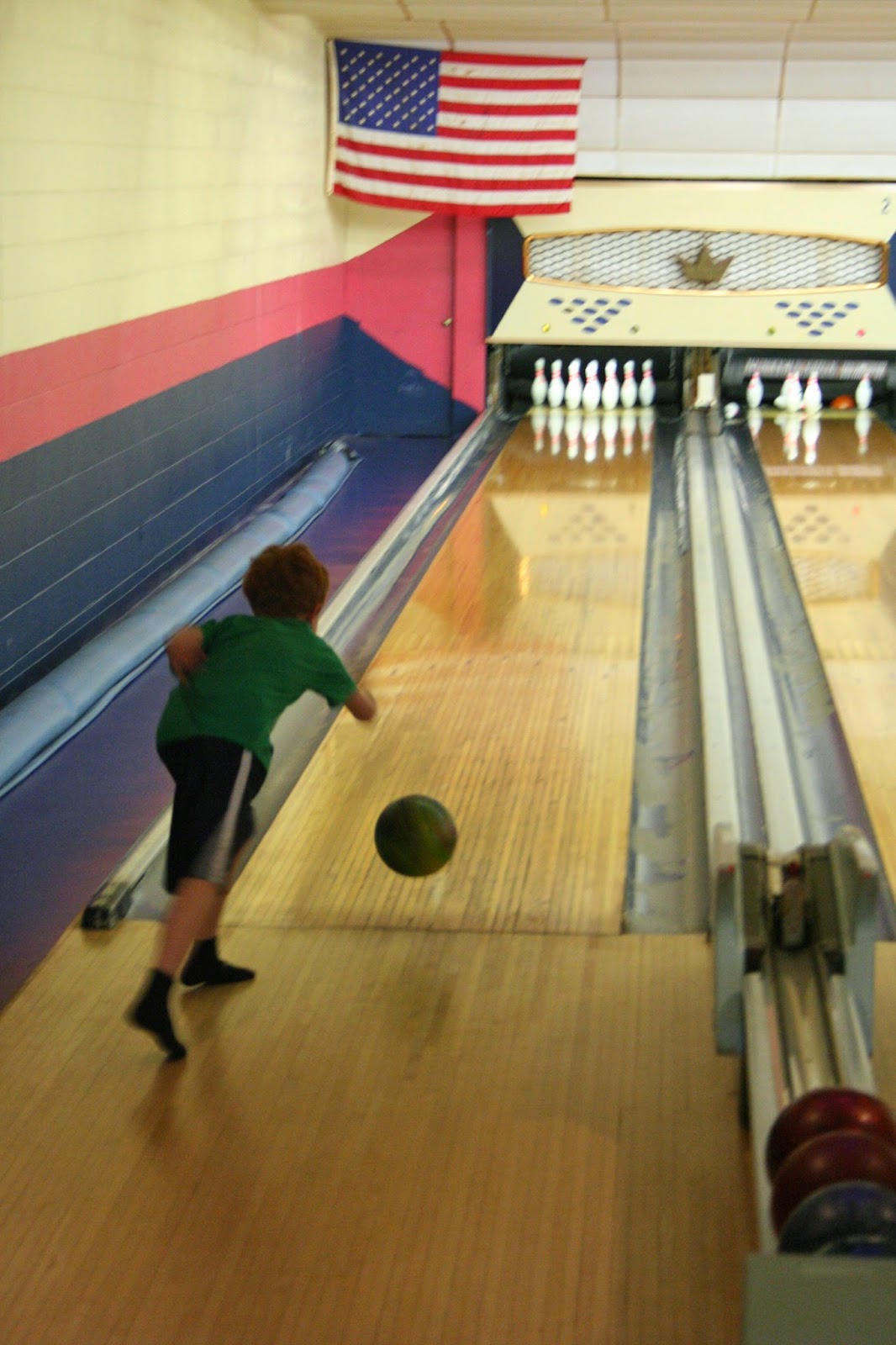 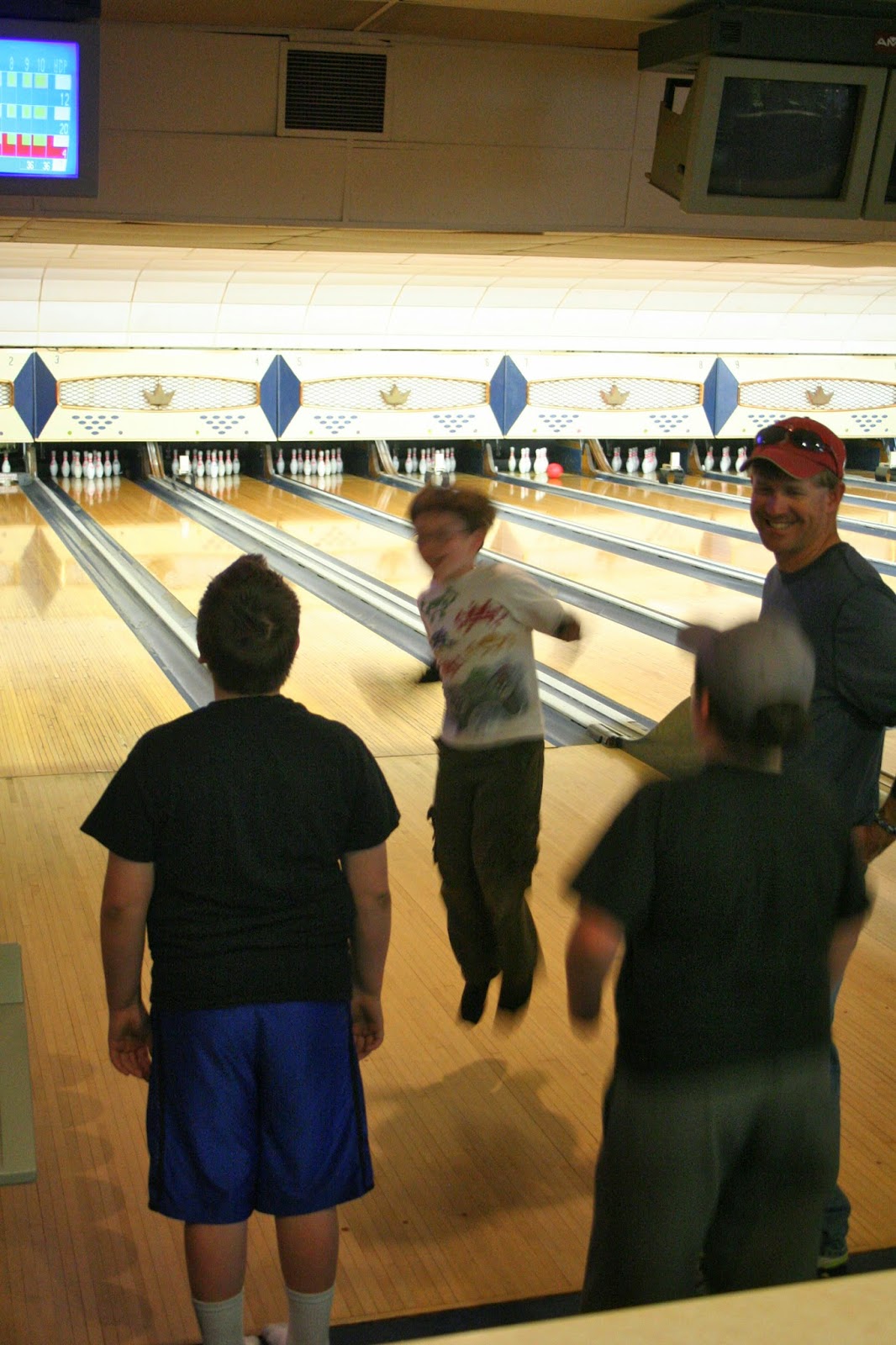 Blurry picture, but it's just so sweet... 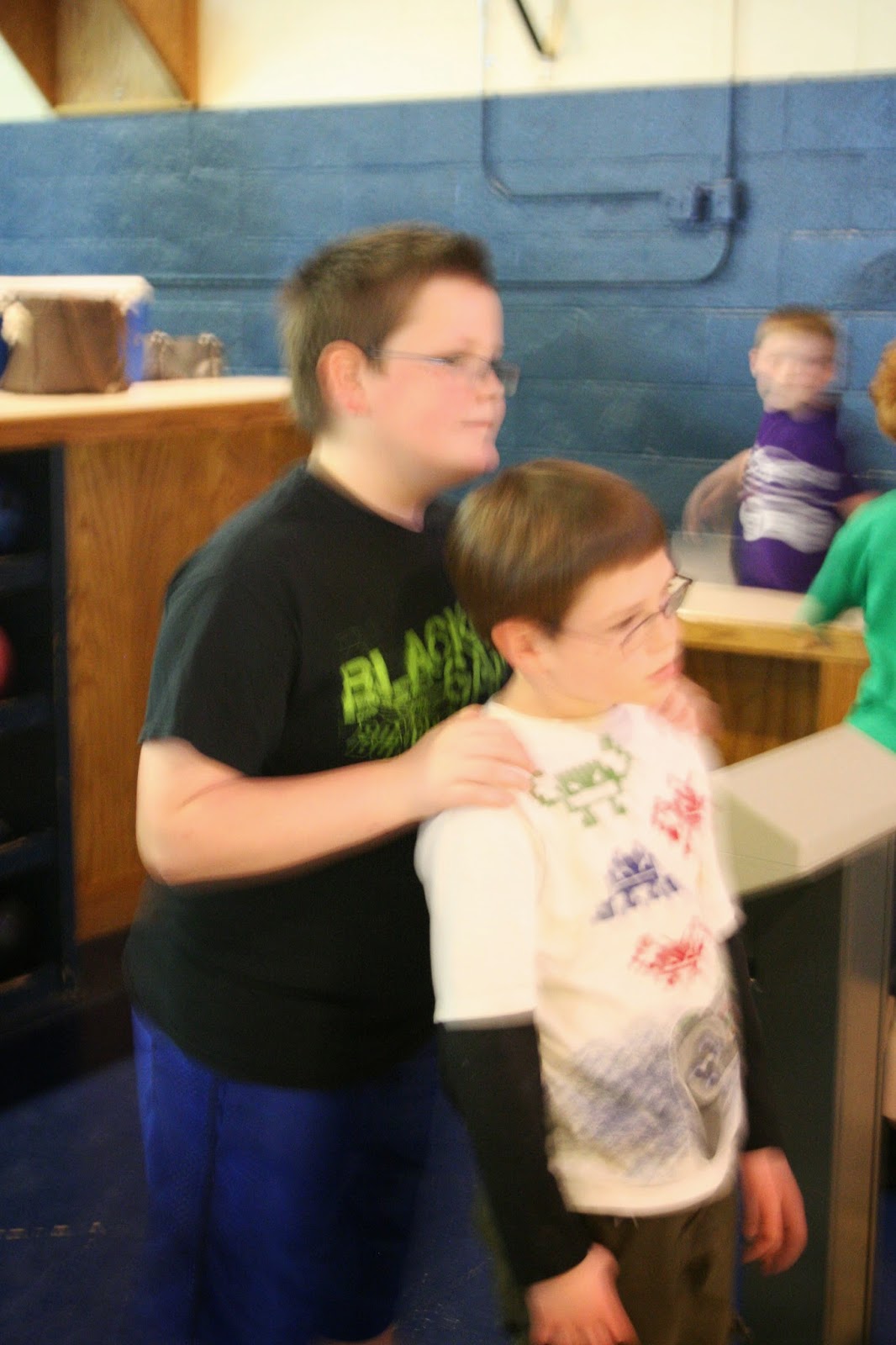 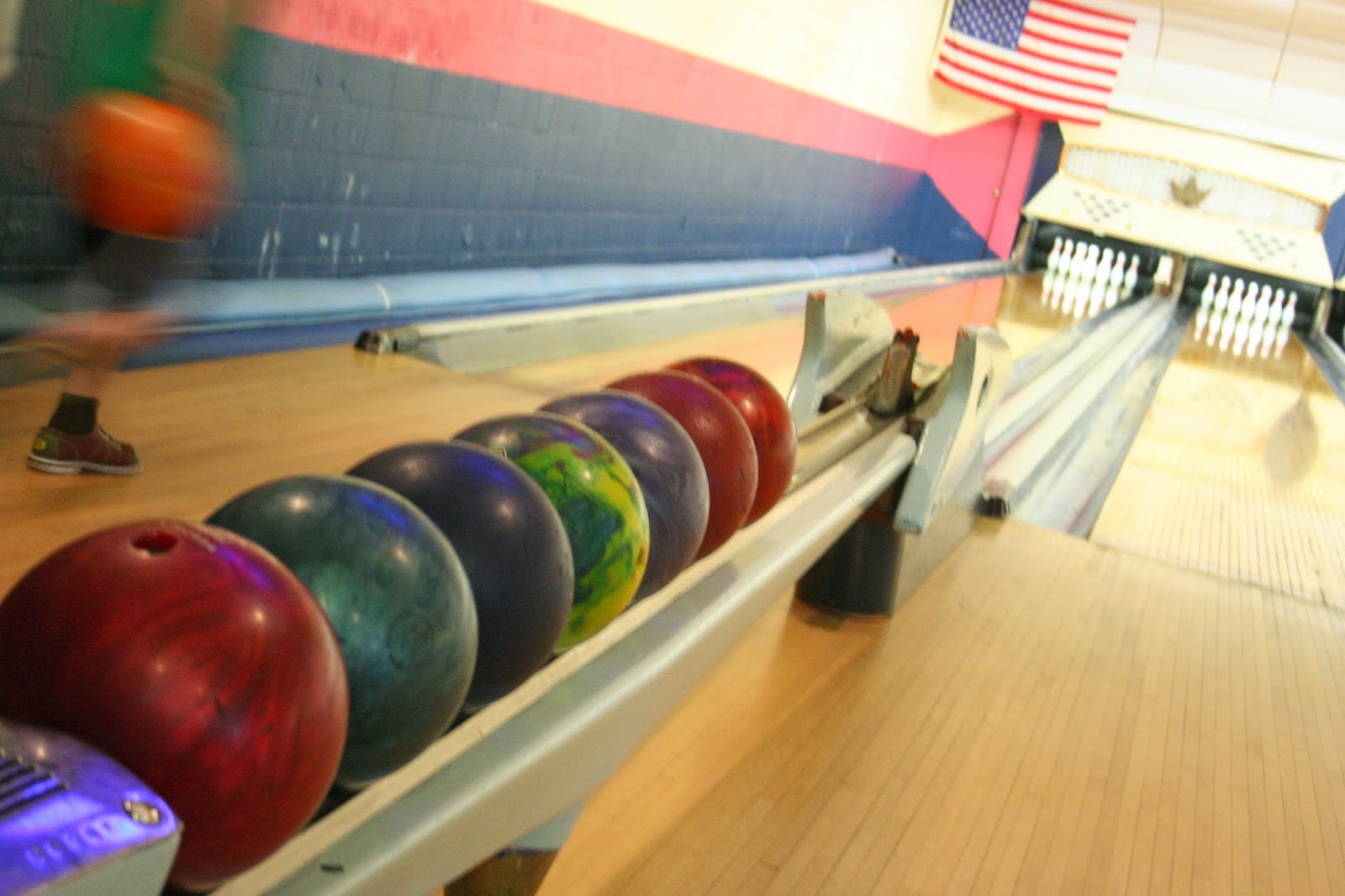 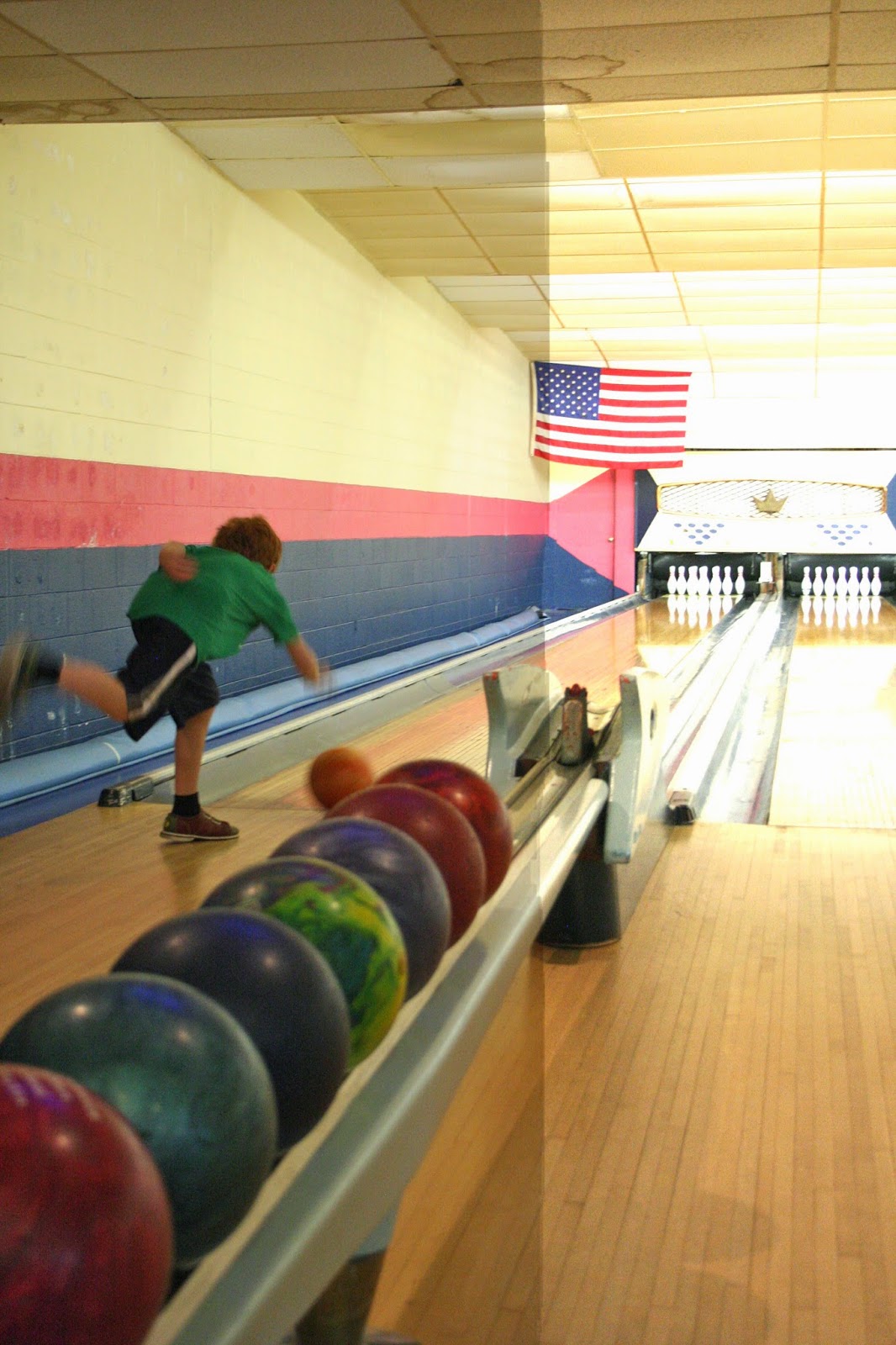 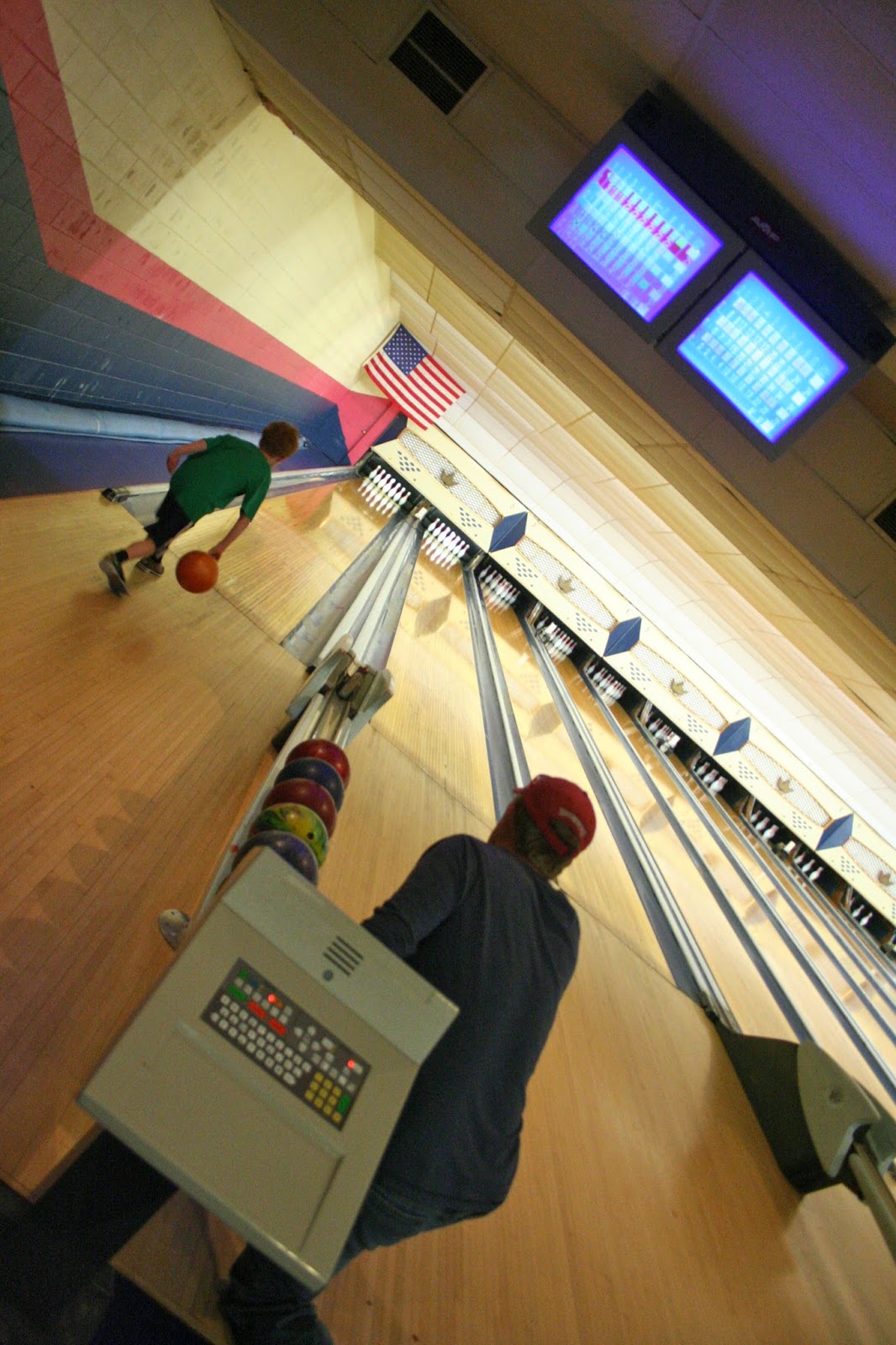 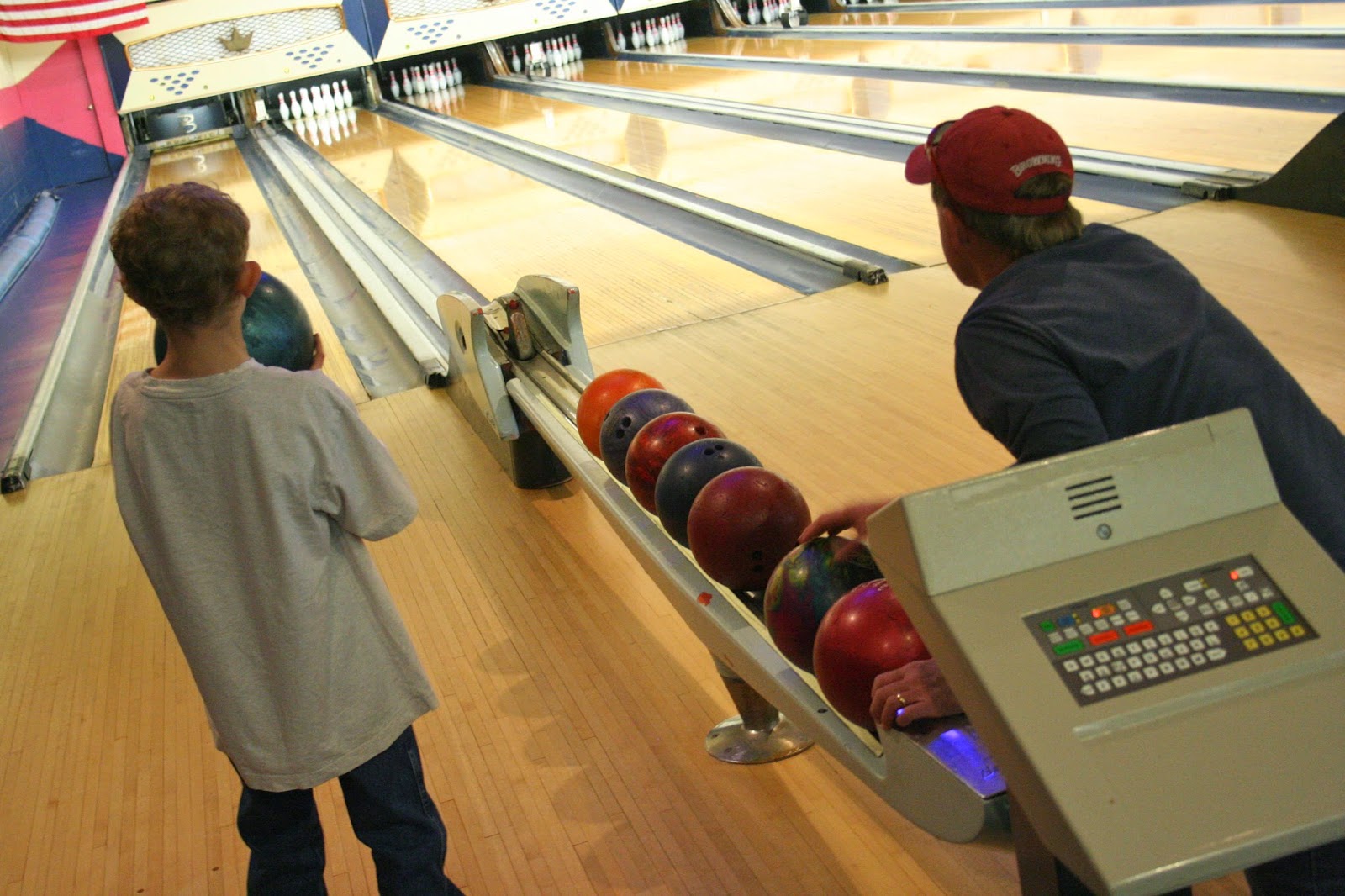 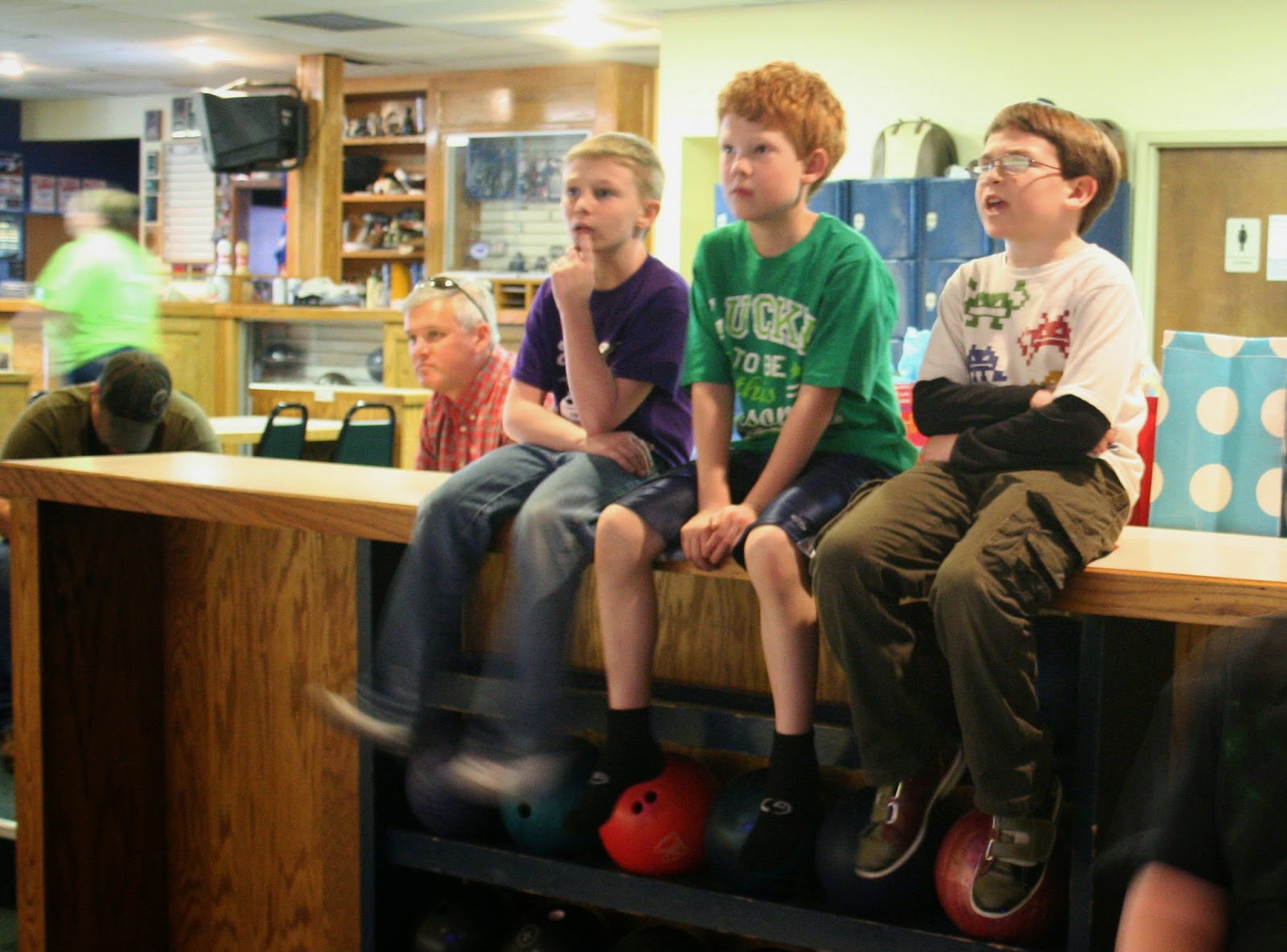 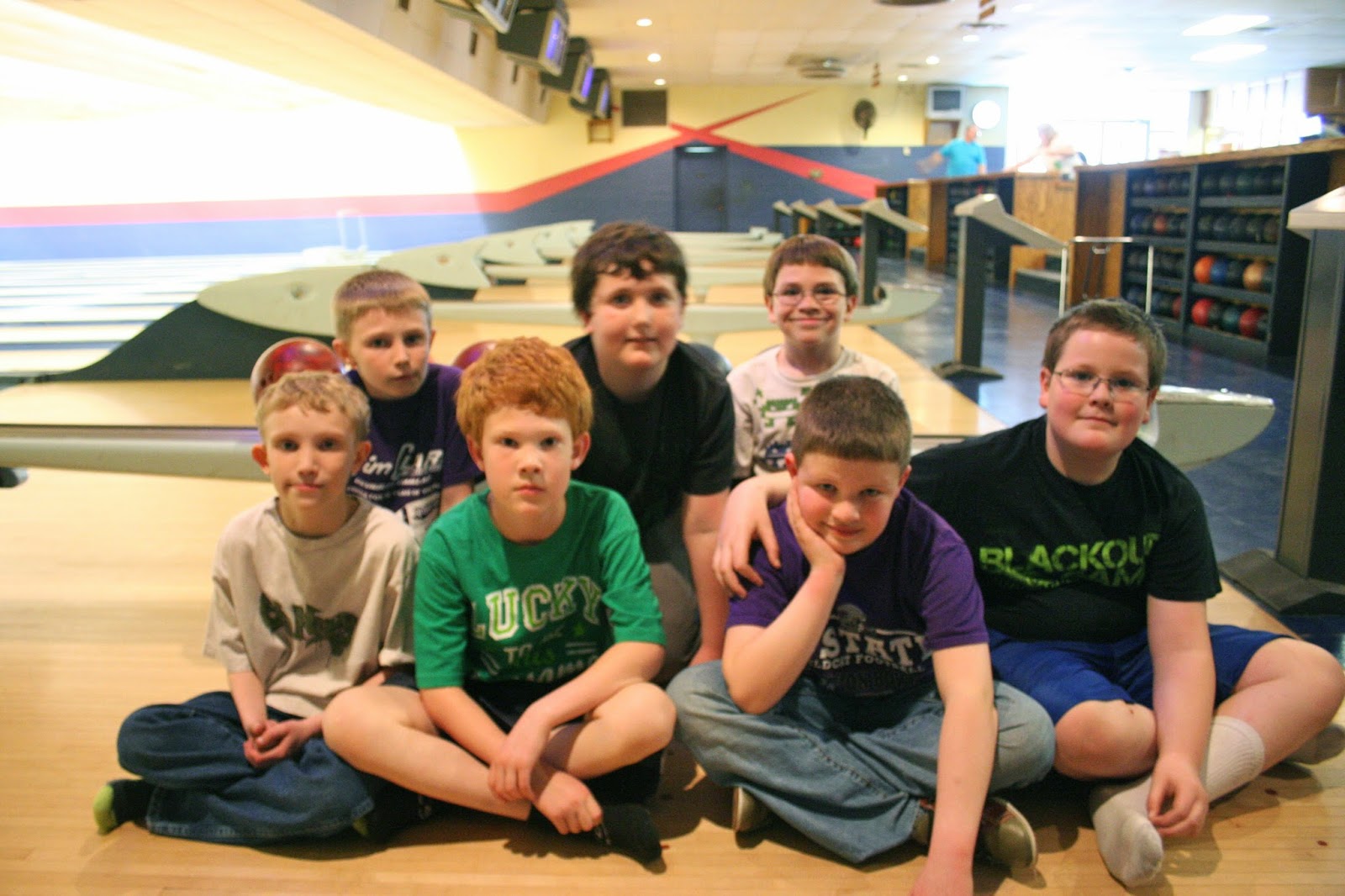 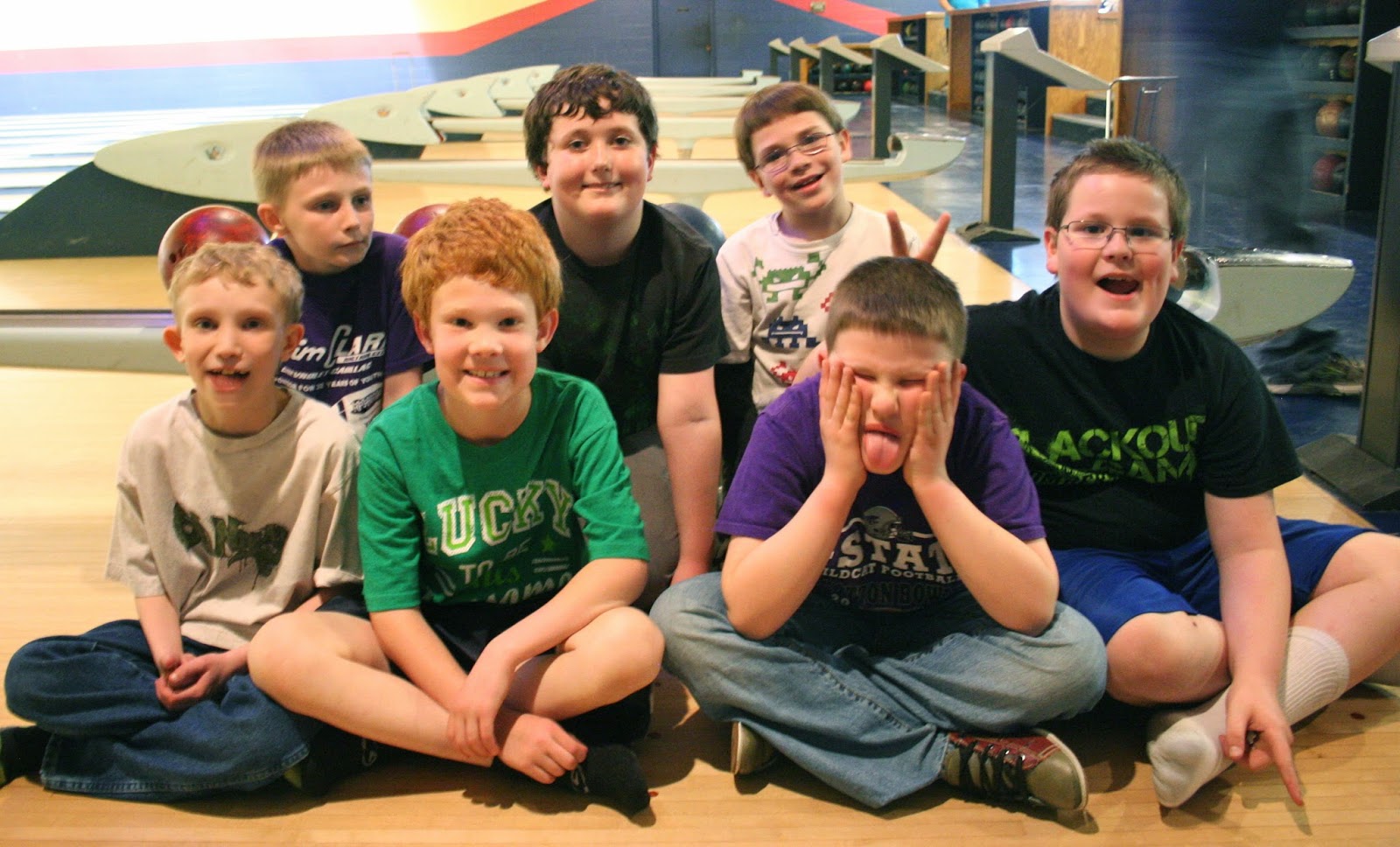 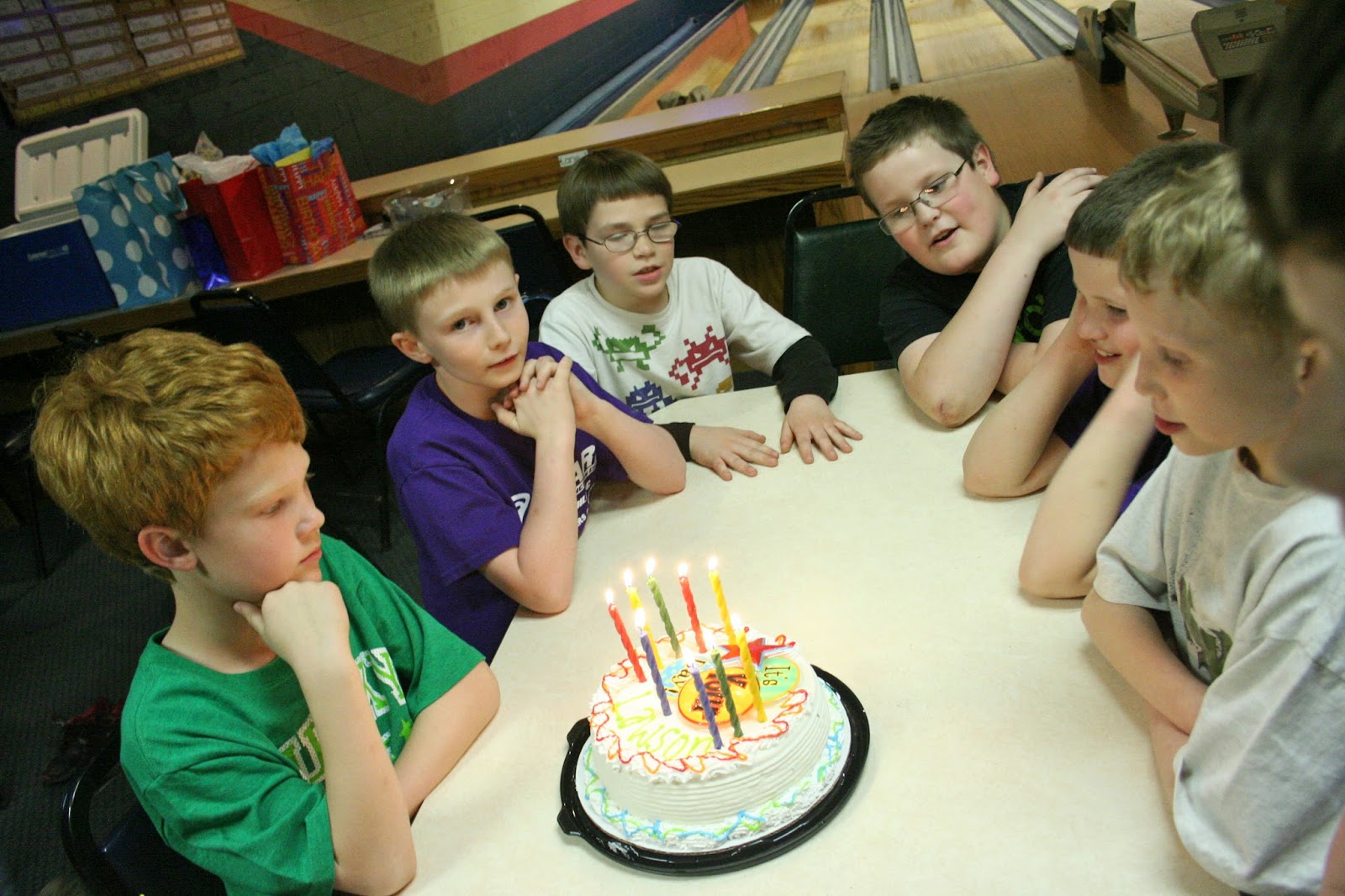 He had fun. His friends had fun. It wasn't crazy expensive or elaborate. Perfect for a 9 year old party.
The only thing that would have made it more perfect is if this guy could have been there... 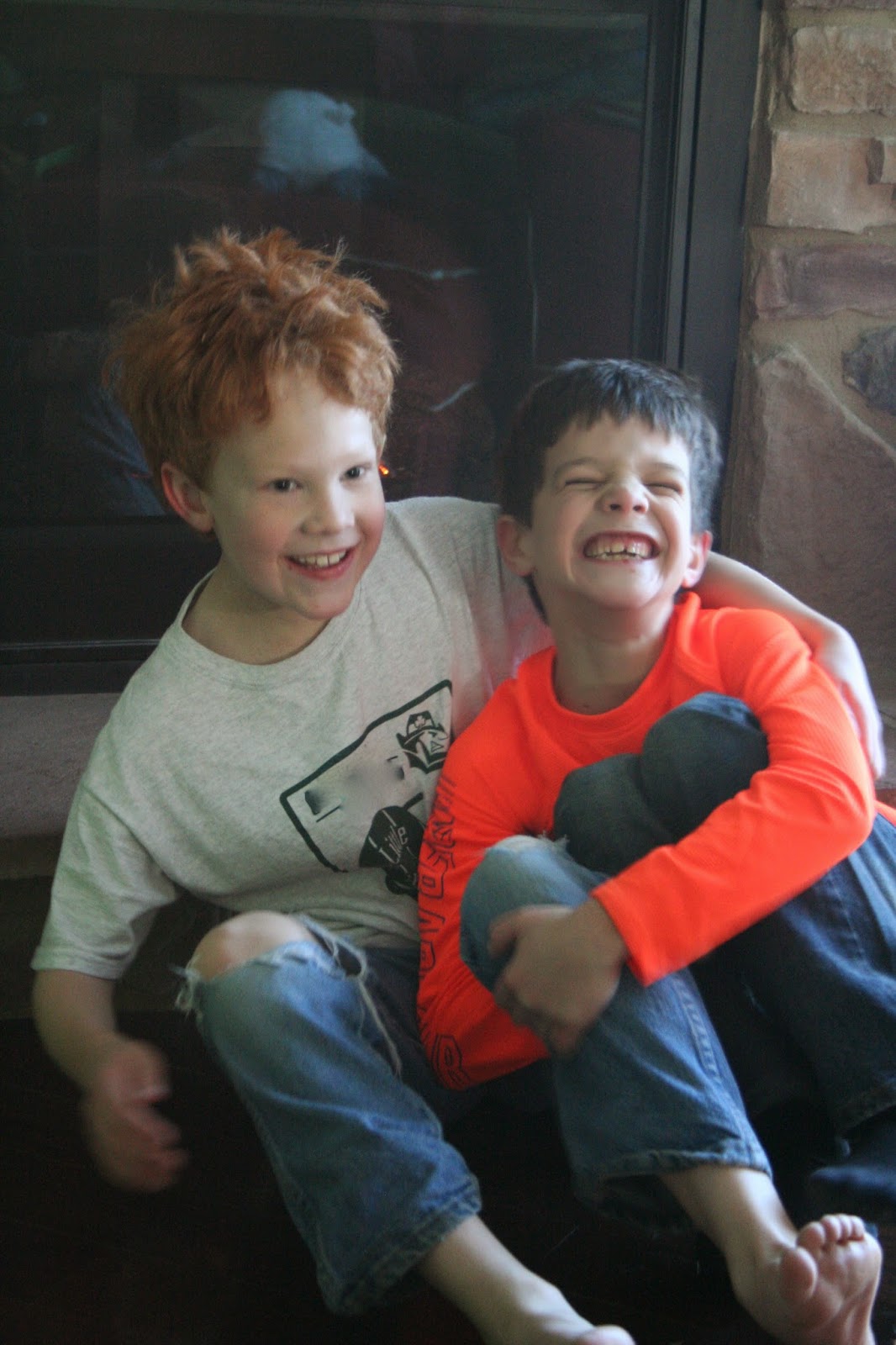 Birthdays are always more fun with your best friend.
Posted by Amy at 10:17 PM

Loved seeing these pictures! It looks like it was a great party!

Need an update on your sweet friend.

I am glad you invited all the boys in his class.... I love 9 year old boys!