There are a lot of things on MY summer list that did not get crossed off. Bummer for that.
We did pretty good with the kid/family list, but my list was not so good.
My lists tend to be a little ambitious in the summer though, so it's not unusual for things to not get done.
But this is one project that did get crossed off...
We have this little area between the garage and the shed. I had never really thought much about it until one day that Sophie was playing back there. (This was obviously back in spring... see that green grass?) 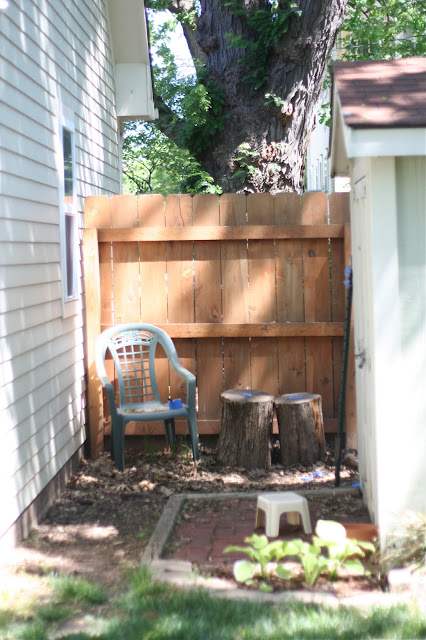 She had moved one of the pool chairs back there and had rummaged through the garage for some painter's tape and a Sharpie so she could do a little labeling. (No idea where she gets that from...) =) 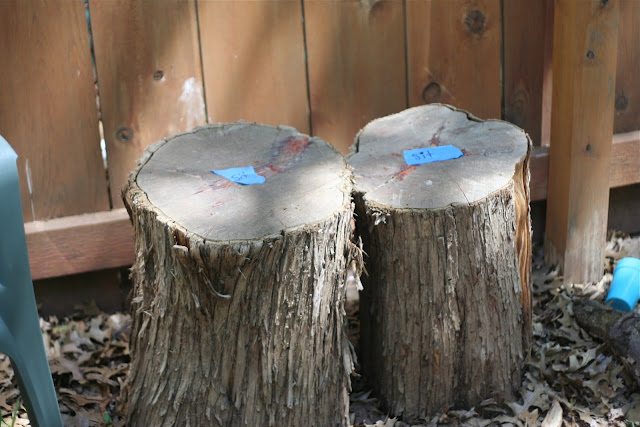 She was calling it her Tea garden. (I'm not really sure how it ended up being the Sweet Shop, but, whatever.) 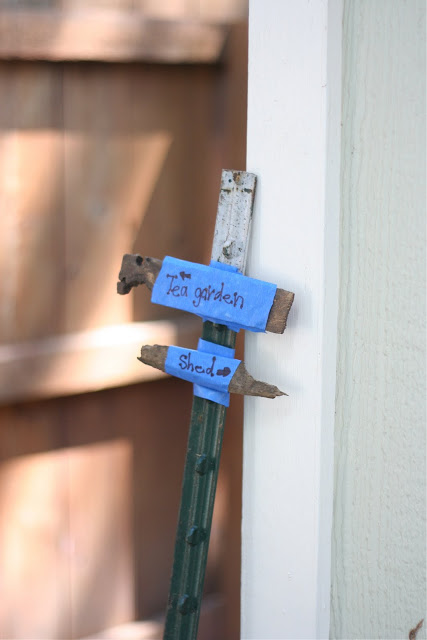 While she was playing, I ran inside and grabbed my lovely little green notebook and did some quick sketching and brainstorming ideas... 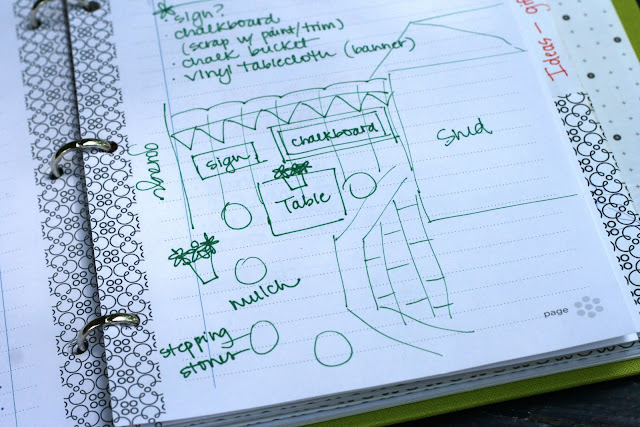 I kept it all a secret from this little girl. I wanted to surprise her... 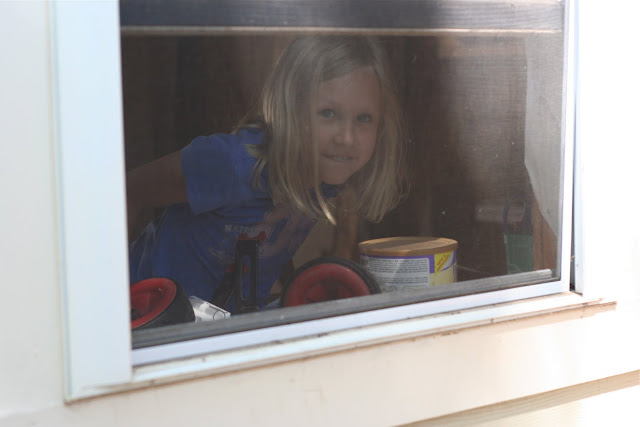 We ended up throwing this all together pretty quick one day, so I left out a few of the details I had planned on. But I still think it turned out pretty cute... 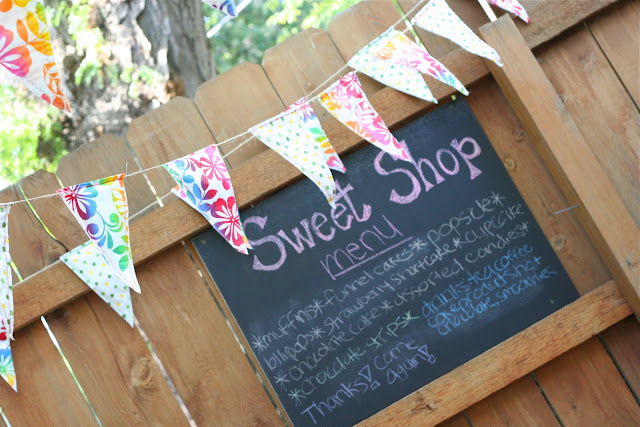 I was determined to use things we already had with this project. The only thing I bought was a $4 vinyl tablecloth from Wal-Mart. We already had the polka dot one, but I thought this one would be fun and colorful! (I thought vinyl might hold up better outside than other materials. And don't look too close. I am really not that good at sewing.) 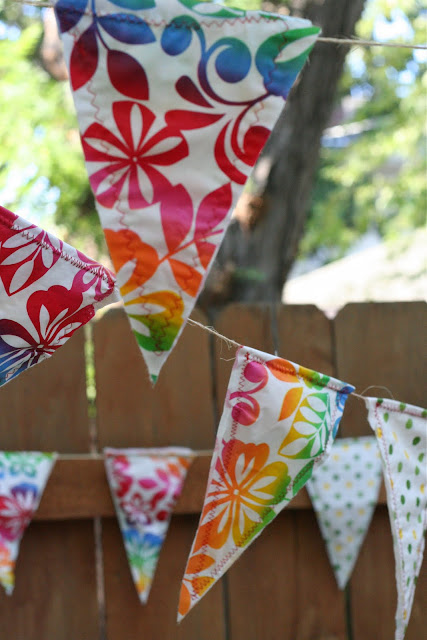 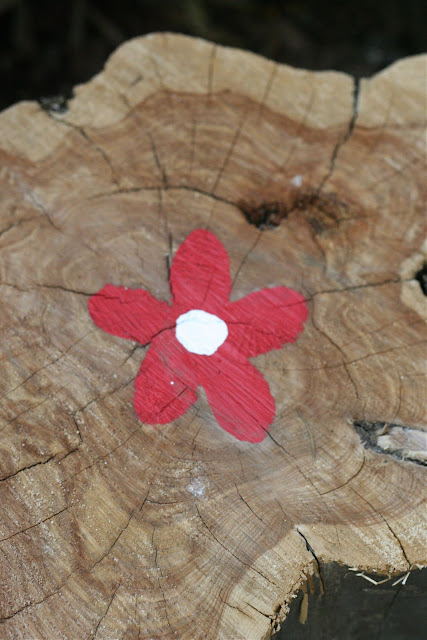 and grabbed a cute little green bucket I had. (Your menu is still there from the day you babysat, Hannah!) The chalkboard was just an extra piece of plywood Corey had in the garage and the chalkboard paint we've had for years. 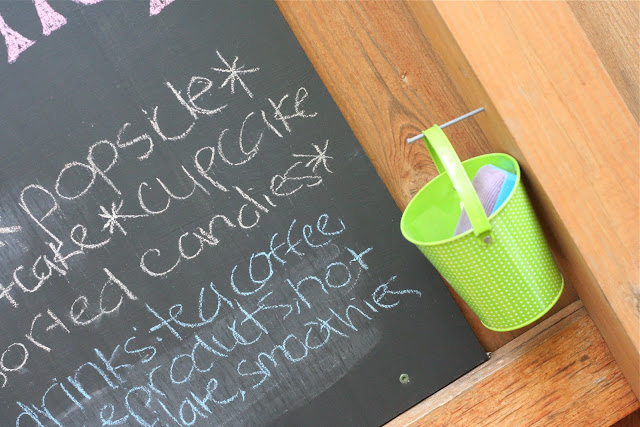 This fancy chip/dip set was a wedding gift. One that had been in a high, high cabinet in our kitchen for years. I don't think we have ever used it. They didn't sell at our garage sale and I figured if I was willing to just donate them to a thrift store, then why not let the kids enjoy them?? (They stole the beans out of Gretchie's little bean table.) 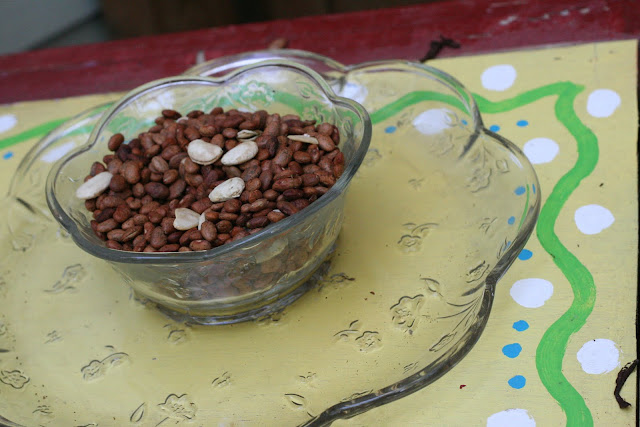 Same with my FiestaWare. (All I tried to sell were 6 cups and saucers. Same thing. They had been in a high cabinet for years. We never used them. I pulled them out of the "To Donate" box and saved them for the kids.) 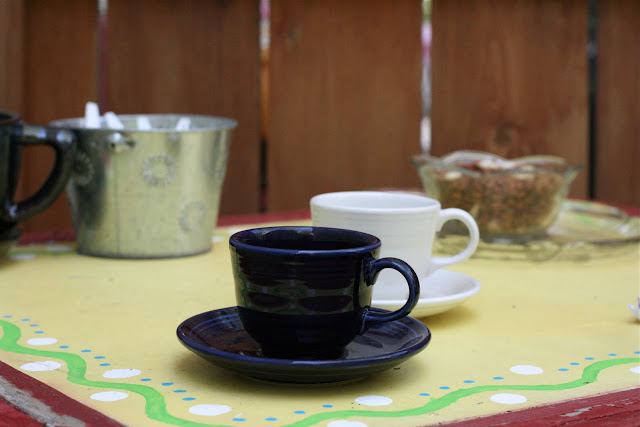 The table was one that Corey had started to build one time for their shop at work. It had been nearly finished in the basement for years. He nailed a plywood top to it to finish it off and I did a quick little paint job. (Too quick. Some of the red is already chipping off.) Sophie helped me one day with the swirls and polka dots on top.

I also covered an old board with some of the vinyl tablecloth and set it across two 5 gallon buckets. It makes a fancy little counter top area. =) The blue Rubbermaid holds all the dishes, a little pad of paper for taking orders and the chalk bucket. 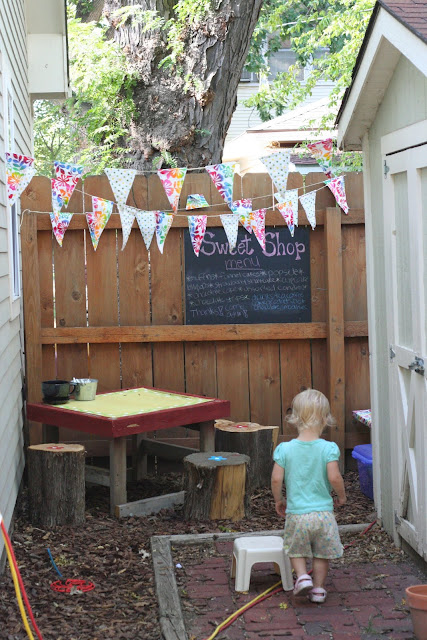 The kids haven't spent as much time as they would have liked out here this summer. (Stupid crazy hot temperatures! Last week we reached 52 days of over 100* temps.) I'm predicting it will get much more use this fall. 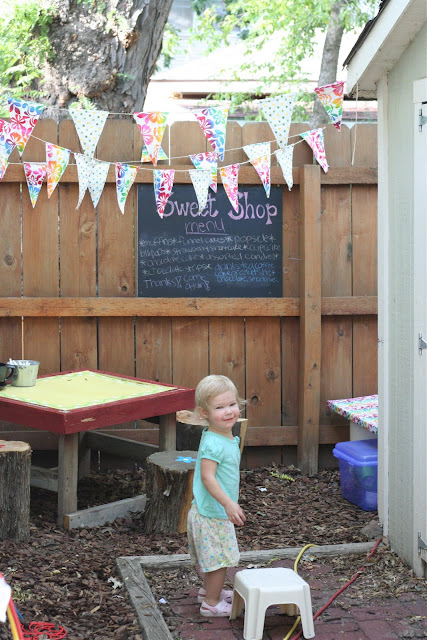 It's such a happy little area now. I love that it was all inspired by Sophie's imaginative play one day. And while I am a huge fan of kids using their imaginations and creating their own fun from random things... I'm hoping this little bit of fun will inspire even more imagination and creativity. And I think that's worth the $4 I spent on supplies. =)
Posted by Amy at 10:25 AM

that is SO fun!

Love the new play area! And - where did you get that notebook?!

that is SUPER fun!!!! good for you for making it happen!!

Megan... I ordered it off Amazon. Just search for mini- binders. This one is made by Russell and Hazel. :) Love it!!

SO cute!! I bet they love playing there!!

You are officially the best.mom.ever.

How FUN is that?? And I love that you let them play with the "good" stuff! lol

Yay for fun memories made and many more to come!

Love, love, love the sweet shop! Thanks for sharing it with my girls this summer. So.much.fun!

please be my neighbor :)